English schoolkids are among the world's unhappiest, according to a new study.

Nearly 40% of English schoolkids aged 10 to 12 say they have been physically bullied in the past month.

The Good Children 2015 report, published this month by the University of York, examined 53,000 children's wellbeing across 15 countries, including South Korea, Romania, Colombia, Uganda, Ethiopia and Algeria.

The report ranked England 14th for life satisfaction, ahead of South Korea.

One of the problems in England is that the government ministers in charge of education have often been regarded as being 'bullies' or worse.

Among those who have been in charge of education are:

Part of the problem is the 'sick' culture in Britain.

In Britain, those who bully children tend to be rewarded, while the 'whistleblower kids' tend to be ignored.

JIMMY SAVILE abused children but was given a knighthood..

Boy, 12, 'bullied for being a cheerleader' kills himself..

SARAH HARRIS in the dailymail reports on what she calls innocuous playground taunts.

She and the 'Jewish led' Manifesto Club are against the 'recording' of the names of bullies. 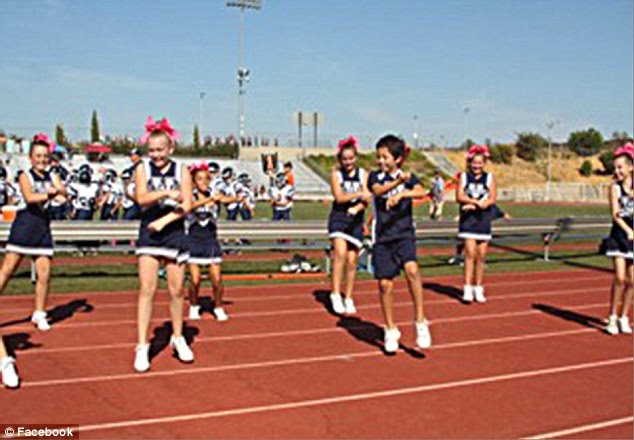 Boy, 12, 'bullied for being a cheerleader' kills himself..

Aangirfan believe that one of the reasons why so many UK schools perform badly is because of low standards of behaviour.

It is easy to spot the children with personality disorders - the future Hitlers and Netanyahus.

You just have to listen to how they address their fellow human beings.


Often the bullies are totally unaware that what they are doing is wrong. 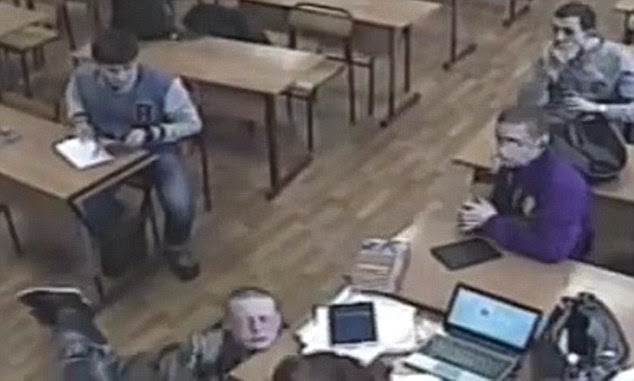 Bullied to death in school.

The Mail lists some of the 'innocuous' taunts:

B called another child an 'African rat'.

C said the teacher was an Australian faggot and a pikey.

F called a girl a 'fat bucket of KFC'.

G called another child a retard.

Aangirfan believes that most of the trolls are Crypto-Jews and Nazis.

The Manifesto Club has been linked to Cryto-Jews.

The Manifesto Club says "We support free movement across borders."

In the Daily Telegraph online, thereisagod commented on an article by Brendan O'Neill entitled:

"Creating powerful twilight language such as 'conspiracy theories' is just another method currently used for closing down debate on sensitive subjects by creating taboos that allow the media and politicians to avoid answering reasonable questions...

"Real power is NEVER challenged by the press nor our so-called representatives in parliament.

"People understand that the trust agreement between MP's and those that supposedly appoint them (i.e. us) is broken.

"We understand that our interests are served only when these interests coincide with corporate/banking interest.

"Do the public really wish for perpetual war?

Hasbara means Israeli propaganda, and it is often produced by crypto-Jews.

Brendan O'Neill is a Telegraph hasbara blogger, according to Jews sans frontieres.

So, what did O'Neill write in his Telegraph blog?

"In the current issue of the New Statesman, Peter Wilby slams the Daily Mail for spreading a 'conspiracy theory' about the Leveson Inquiry.

"He says the Mail's claim that... Common Purpose has effectively infiltrated Leveson, with an eye for achieving its long-standing goal of muzzling the press...

"The Mail might as well have published an article about 'ten-foot lizards' controlling Leveson, says Wilby.

"It describes how Murdoch's 'invisible networks' created a 'shadow state' in Britain, which controlled virtually every aspect of public life.

"So one starts to fantasise that there must be a tiny but unbelievably influential clique of lizards/Jews/bankers/annoying Lefties/Murdoch drones...

"Murdoch did not control Britain from a yacht in the Mediterranean. And Leveson is not a plot..."

The man who speaks for the BBC?

Some more comments on O'Neill's article:

"I assume, then, that you consider yourself to be a 'coincidence theorist' or just a mere Liberal Fascist?

"And that the BBC inquiry into Jimmy Savile scandal 'to stay secret' is not people in power conspiring?"

"The flavour of the current epoch is that the innocent are guilty and the guilty (if you are powerful) innocent.

"And their is no point havng anti-corruption units to deal with the sorry mess if they are corrupt themselves.

"Nobody believes or trusts anybody anymore. Democracy has had its day.........Can you hear the boots marching."

"Glad we've had Leveson to put to bed the idea that News International had a hold over politicians and police officers. Almost as silly as the idea that the security services were plotting against Harold Wilson..."

It looks as if there is a Zionist-Nazi-Robber-Baron plan to control the world by a policy of divide and rule?

The Protocols of the Learned Elders of Zion is reported to be a fake piece of pro-Russian-Czar propaganda.

In 1903, in Russia, the struggle for power was between the corrupt old aristocracy and the corrupt power-hungry Jewish Marxists.

However, you might agree that at least some of the aims of the 'plan' seem to be being achieved?

Here is the plan by the "Learned Elders of Zion," laid down in the allegedly fake "Protocols."

5. Introduce the habit for luxuries, crazy fashions and spendthrift ideas so that the ability for enjoying clean and plain pleasures is lost.

6. Divert the attention of the people by public amusements, sports, games, prize contests, etc., so that there is no time for thinking.

7. Confuse and bewilder the minds of the people by false theories and shatter the nerves and health by continuously introducing new poisons.

8. Instigate hatred among the different classes of people.

9. Cause diplomatic friction and misunderstanding between States which will increase international suspicions and hate thereby greatly augmenting armaments.

10. Gradually amend all constitutions so as to prepare the soil for absolute despotism.

12. Prepare the death struggle of the nations; wear out humanity through suffering, fear and shortage of food - hunger creates slaves!

US mother whose transgender child accused her of 'cruelty'.