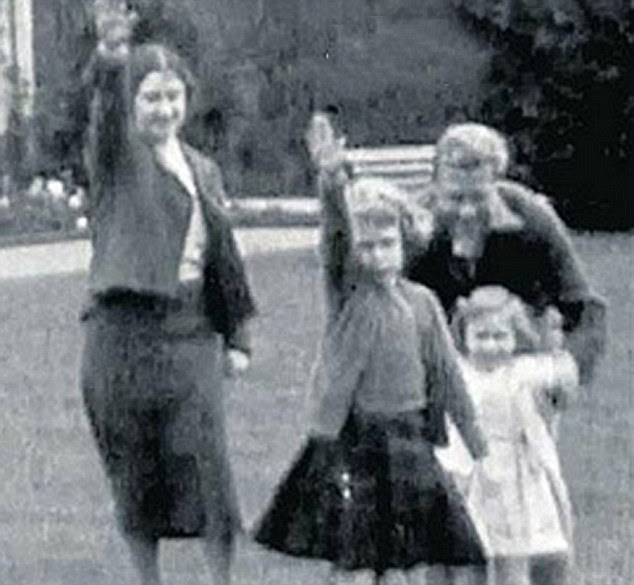 In the 1930's many of the top people in Europe and America, such as the Duke of Windsor and Henry Ford, were fans of Hitler.

"The most popular thriller-writers of the time, the likes of John Buchan, Sapper and Dornford Yates, cast Jews - and especially Russian Jews - as their principal villains."

However, the top people in Europe and America were not necessarily opposed to certain elite Jews, such as the Rothschilds.

The top aristocrats and the top Nazis often had Jewish blood in them, thanks largely to intermarriage.

John Buchan, who was briefly Britain's spy chief, was a supporter of Zionism, and was on close terms with Chaim Weizman, the first President of Israel.


The top people feared those Jews who wanted to topple the existing aristocracy.

Thus they tended to prefer Hitler to Stalin.

Not all of the top people were fans of Hitler.

Churchill, whose mother was Jewish, came to the conclusion that it would be desirable to have a war against Hitler's Germany.

The British in India.

Sophie was photographed at Goering's wedding, on the top table with Hitler.

Sophie's husband Prince Christoph of Hesse was head of the SS in the Air Ministry.

The Duke and Duchess of Windsor were photographed meeting Hitler in Munich in 1937, when Edward was said to have given a Nazi salute.

THERE ARE FACTIONS WITHIN THE ELITE

Germans stabbed in the back?


The elite appear to be divided into factions.

1. In the 1930s, one faction within the American elite saw Britain as the enemy.

WAR PLAN RED was the US PLAN TO ATTACK THE UK

2. In the early 1930s, the Zionists supported Hitler. (The Zionists in bed with the Nazis)

"In 1933, the Zionist Federation of Germany sent a memorandum of support to the Nazi Party.

"The World Zionist Organization 'became the principal distributor of Nazi goods throughout the Middle East and Northern Europe'." (Cached)

3. In the 1930s, there was a faction in the UK which was working with Soviet Russia.

According to T. Stokes (Sir Anthony Blunt): "Blunt and F. B. I Chief J. Edgar Hoover both subscribed to the theory that the Jewish underground, the 'Sanyanim', supported Russia through World War two."Blunts colleague and fellow traitor Kim Philby actually married Litzi Friedman, a Jewish underground runner for Soviet Intelligence..."

"Blunt would insist that the mysterious death in 1941 of the king’s brother, the Duke of Kent, was a murder on Churchill’s orders, as he was trying to make peace.

4. In the 1930s, one faction within the Anglo-American elite backed Hitler.

They bankrolled his election and helped build the Nazi war machine.

The aim was to get a war going between Germany and Russia.

"Through much of World War II, secret channels of communication were maintained between the British royal family and their pro-Hitler cousins in Germany, by Lord Mountbatten, through his sister Louise, who was crown princess of pro-Nazi Sweden."

Royal Nazis and the Scottish connection

5. In 1939, in the Anglo-American world, there was an anti-Nazi faction which sided with Russia.

And there was an anti-communist faction who sided with Germany.

In 1939, the German Nazis and the Russian communists made the Nazi-Soviet Pact.

They split Poland between them.

6. In 1932, Churchill considered forming an alliance with Hitler.?

By the late 1930s, Churchill led the faction which supported the idea of a war against Hitler.

One opponent was Prince George, Duke of Kent (1902-1942), the fourth son of George V, and younger brother of Edward VIII and George VI.

In 1939 George was elected Grand Master of the United Grand Lodge of England.

"British Intelligence removed Prince George... via a staged plane accident. (Royal Nazis and the Scottish connection)"Prince George was ... perceived to be a central figure in a British Nazi conspiracy against his brother, the King, and Churchill."

The French - forced to hand their empire over to the USA?

The code name for this operation was Project Paperclip. (MENGELE, MOSSAD AND THE CIA )

The Americans now use the same methods as the Nazis, in order to run their empire.

The philosophy behind Operation Northwoods, Operation Gladio, and such terror events as 9 11 is the Nazi philosophy.

The CIA's MK ULTRA torture of children is a Nazi-style operation.

The Nazis were financed by the Bush family and similar American oligarchs.

After World War II, the fascists and Zionists got together in groups such as Bilderberg.

HOW THE CIA CONTROLS NATO AND BILDERBERG?

Who was really behind the assassination which started World War I? In 1914 there were people within the ruling elite of Austia-Hungary who - (1) wanted an excuse for a war to crush Serbia (2) would not have been unhappy if Franz Ferdinand and his wife were to be assassinated. (aangirfan: Who really killed Franz Ferdinand?) "Leading members of the Black Hand apparently met with French and Grand Orient Freemasons at the Hotel St Jerome in Toulouse in January 1914 to arrange the assassination in Sarajevo..." - The Occult Conspiracy by Michael Howard. (The Biggest Secret - Chapter 11)

Both before and after his marriage, Prince George had a long string of affairs with both men and women, from socialites to Hollywood celebrities.

Intimate letters from the Duke to Noel Coward are believed to have been stolen from Coward's house in 1942.

He was also extremely close to Henry "Chips" Channon.

The Duke of Kent is said to have been addicted to drugs (notably morphine and cocaine), and reportedly was blackmailed by a male prostitute to whom he wrote intimate letters.
Another of his reported sexual liaisons was with his distant cousin Louis Ferdinand, Prince of Prussia; traitor and art historian Anthony Blunt was reputedly another intimate.

The Duke reportedly was part of a ménage à trois with Jorge Ferrara, the bisexual son of the Argentine ambassador to the Court of St. James's, and drug-addict Kiki Preston.

Experiments on animals - fascism at work. Big corporations are not kind to animals.

aangirfan: COULD THEY NOT CONTROL PRINCESS DIANA?

aangirfan: Factions within the US government.