NATO AND THE SOUSSE ATTACK 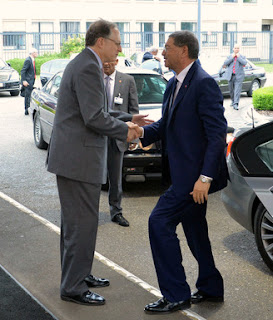 Visit to NATO by the Prime Minister of Tunisia.

NATO organised the Operation Gladio terrorist attacks in Europe, according to historians.

'Mr. President, the Gladio system has operated for four decades under various names. It has operated clandestinely, and we are entitled to attribute to it all the destabilization, all the provocation and all the terrorism that have occurred in our countries over these four decades, and to say that, actively or passively, it must have had an involvement.' Ephremidis sharply criticised the entire stay-behind network: 'The fact that it was set up by the CIA and NATO which, while purporting to defend democracy were actually undermining it and using it for their own nefarious purposes.'

Is NATO using terrorism to force Tunisia to have US military bases?

Tunisia is to become a major Non-NATO Ally, Obama says.