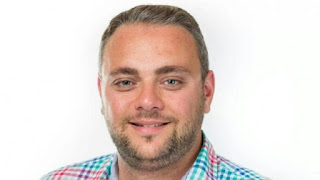 A politician with Sweden's ruling party has said that Israel has trained the jihadist ISIS group to wage war on Muslims.

The politician is Adrian Kaba (above), who represents Sweden's Social Democrats in Malmo's city council.

Kaba wrote on 21 July 2014: "ISIS is being trained by the Israeli Mossad. Muslims are not waging war, they are being used as pawns by other peoples' game."

In August 2009, a diplomatic row erupted after the publication of an article in the Swedish daily Aftonbladet that claimed the Israel Defense Forces had engaged in organ harvesting from dead Palestinians.

In October 2014, the newly elected Swedish Social Democratic Party - led government of Stefan Löfven - announced it would recognize the state of Palestine.[20] 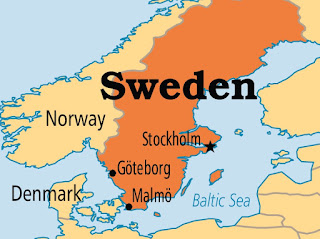 On 12 June 2015, four people - one a pre-school child - died after their car exploded in Torslanda near Gothenburg.

On 26 July 2015, it was reported that, over a period of months, Sweden's third largest city, Malmo, has been struck by multiple blasts.

"Three grenade attacks this week have rocked Malmo, the third largest city in Sweden, prompting police to sound an alarm over the increasing violence.

"The city, which has a large migrant population, was struck by multiple explosions, shootings and arson...

"Since the beginning of 2015, 18 explosions rocked the city prompting the Swedish police's national bomb squad (NSB) to be called in.

Anna Lindh, Swedish foreign minister and steadfast supporter of the Palestinian cause was assassinated in Stockholm.

Anna Lindh, above, Swedish foreign minister and steadfast supporter of the Palestinian cause was assassinated in Stockholm.
There is a suspicion that Mossad has too much influence in Sweden and that from time to time it gets involved in assassinations of people who could be seen as critics of Israel.

Jan Guillou (above) is a Swedish left-wing activist and journalist.

Elmer asked his agent Gunnar Ekberg: "What do we do about Jan?"

Elmer informed Ekberg: "Our Jerusalem friends offered to 'take over' his case."

Family of late Swedish minister sues over 'slanderous' film
1. In October 2011, in Sweden, 23 women were convicted of child pornography offenses.

2. Sweden is a major base for the CIA.

In 1951, CIA agent William Colby, based at the CIA station in Stockholm, supported the training of stay-behind (Gladio) armies in neutral Sweden. (Sweden)

3. During the Second World War quite a few Swedes served Hitler and joined the SS.

4. In the 1940s Sweden's King Gustav V fell in love with his tennis partner, a bloke called Haijby.

5. In 1994, Ikea founder Ingvar Kamprad confessed to a nine-year friendship with Per Engdahl, the pro-Nazi leader of the Neo-Swedish movement.

8. Former Uppsala Police Chief Goran Lindberg has been accused of involvement in rape and a sex ring.

9. Monarchs are a bit naughty? 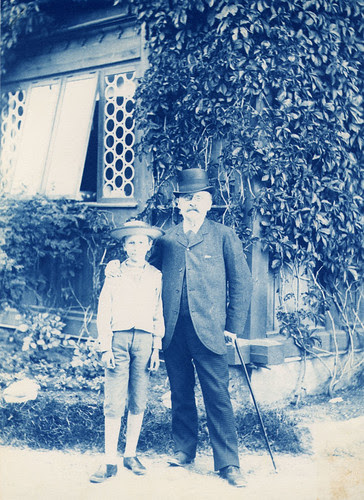 10. Gustaf's son, Prince Carl Philip, befriended Sofia Hellqvist, who has posed ­wearing ­nothing but a python and a G-string.

She married her personal trainer.

11. On 17 September 1948, Count Folke Bernadotte, while working for the United Nations, was assassinated in Jerusalem.

The 'body of Heinrich Himmler', after committing suicide, 1945.

Some people allege that this is Himler's double.