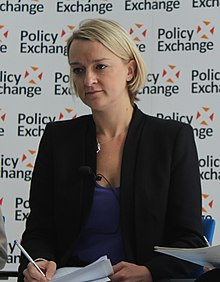 In July 2015, Laura Kuenssberg (above) was appointed as the Political Editor of BBC News.

She studied journalism at Georgetown University in Washington D.C. 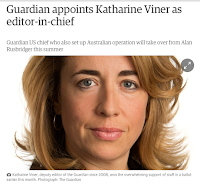 In June 2015, Katharine Viner became the Editor-in-Chief of The Guardian.


Viner initially worked for Cosmopolitan and The Sunday Times.

In April 2015, it was reported that "Year on year, every daily saw its circulation fall.

National daily newspaper sales fall by half a million in a year.

"The Financial Times, the must-read business broadsheet for the 1 percent for over a century, is being sold to Japanese financial news publisher Nikkei for about $1.3 billion...


"Now, the list of potential acquisitions that could help Bloomberg wield wider influence has narrowed considerably to just one: The New York Times."

The Financial Times Sale to Nikkei.