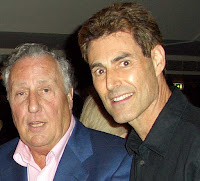 Frederick Forsyth (above with the CIA-linked Yuri Geller) "is set to confirm he was an MI6 agent."


Forsyth has been a spy novelist and a journalist with the BBC and with Reuters.

He has worked in East Germany and in Biafra. 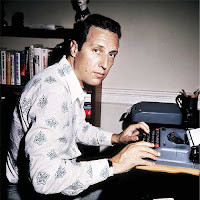 ..
Forsyth is believed to be Jewish. Why is Israel demonised yet again? | Frederick Forsyth

Forsyth has written The Outsider: My Life in Intrigue to be released in the autumn.

His two sons were educated at Arnold House School.

This is the equivalent today of £50 million or $80 million.

Some people believe that the brains behind this Great Train Robbery was a group of well-connected mercenaries who wanted the money to finance various coups.

Reginald Bevins, the government minister in charge of the post office, issued a statement stating that the Great Train Robbery was likely to be "an inside job".

He declared that there would be a public inquiry.

An article in The Sunday Times claimed that in 1973 Frederick Forsyth (above) had helped fund an attempted coup in Equatorial Guinea by mercenaries who had previously worked in Biafra.

The gang who carried out the Great Train Robbery consisted of 17 full members.

Only 11 of them were sent to prison, and two of them fairly quickly escaped from prison.

Biggs was one of those arrested and sent to prison for 30 years.

After about a year in jail, Biggs escaped and traveled to Belgium, Paris, Australia, Panama and finally Rio de Janeiro.

The site of the robbery.

By the time Biggs got to Brazil, he had little money left.

And, he had abandoned his wife, Charmian, and their three sons.

When the Daily Express discovered that Biggs was in Rio de Janeiro, the British police found that they were unable to have him extradited.

This was reportedly because Biggs had got himself a Brazilian lover, a nightclub dancer, and she was pregnant.

In April 1977, Biggs attended a cocktail party on board the Royal Navy frigate Danae, which was in Rio for a courtesy visit, but he was not arrested.

Mike Biggs was a member of the successful children's programme and music band Turma do Balão Mágico
Mike Biggs says: "I was only six years old and speaking on the telly, saying I wanted my dad back; saying the Queen wanted him but I wanted him more.

"It was then that the president of CBS records in Brazil saw me and thought I would do well as part of a boy band.

"We were the country's first boy band."

The band, The Magic Balloon Gang (Turma do Balão Mágico), did very well for six years from 1981, selling 12m records.

Mike Biggs says: "I didn't have a childhood.

"From the age of seven when I joined the band I was working, grafting sometimes seven days a week...

"When other kids were playing football I was presenting a television show.

"I'd do school in the morning from seven till noon, then record the show in the afternoon.

"The other boys in the band lived in Sao Paulo, but because of the terms of my dad's parole, we had to reside in Rio.

"So I had to fly to Sao Paulo every day.

"It meant I had to grow up very quickly.

"We toured with Ricky Martin and sold out the Maracana (Brazil's biggest stadium) four times."


In April 1981, Biggs was kidnapped by a gang of British mercenaries.

The boat they took him aboard suffered mechanical problems off Barbados and had to be towed into port.

The authorities in Barbados returned Biggs to Brazil.

According to the 'actor' Sverre Helgesen:

Sverre Helgesen was friends with a number of mercenaries, including Jimmy Duggan.

Sverre also knew a mercenary, Jean Schramme, who hired a chateau in France every summer as a training camp for his men - mostly ex-SS.

Sverre Helgesen knew the novelist Frederick Forsyth, who (allegedly) acted as the intelligence officer for the  mercenaries associated with Jimmy Duggan.

Jean Schramme, a mercenary in Nigeria in 1967.

According to Sverre Helgesen:

Jimmy Duggan was approached by a gay bank clerk (Jimmy was bisexual) and together with Rolf Steiner and Jean Schramme, planned 'The Great Train Robbery', to finance their coups.

"The money was to be flown out within the hour on a plane flown by David Ferrie (of JFK fame). I met him at Jimmy’s; he was well-known by the mercs."