THE CASE OF MARTIN ALLEN - UPDATED 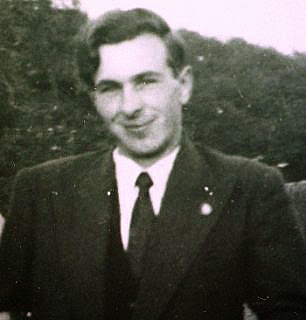 15-year-old Martin Allen lived in the grounds of the Australian high commissioner's residence in London.

The high commission used drivers from a chauffeur firm which employed employed Sidney Cooke, whose gang was jailed for the torture and murder of three young boys in the 80s.

Jimmy Savile's chauffeur, David Smith, is believed to have had links to the same car company.

A missing boy and the Australian high commission in London.

There have been allegations concerning an international 'the snuff movie gang' that allegedly operates in Hampstead, and other parts of London. 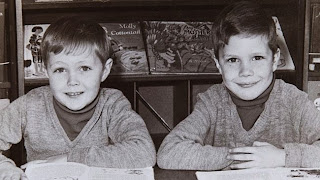 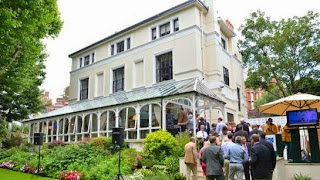 Above we see Stoke Lodge, the Australian high commissioner's residence in London.

The Allen family lived in the grounds.

The Australian High Commission in London is at the centre of the disappearance of 15-year-old Martin Allen. 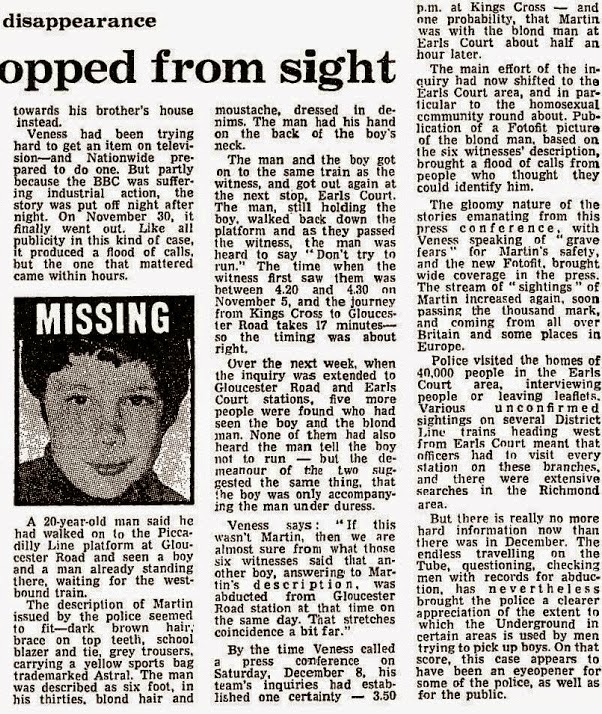 Martin Allen was aged 15, when he was abducted by a man at Gloucester Road underground station, just after 4pm on November the 5th 1979 . 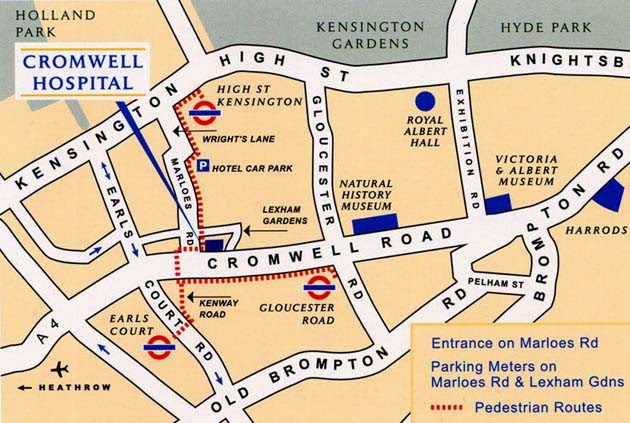 Martin lived only seven minutes walk from Gloucester Road station, at the Australian High Commissioner's House in Hyde Park Gate, and, that Monday, was his first day back at School after the half term. 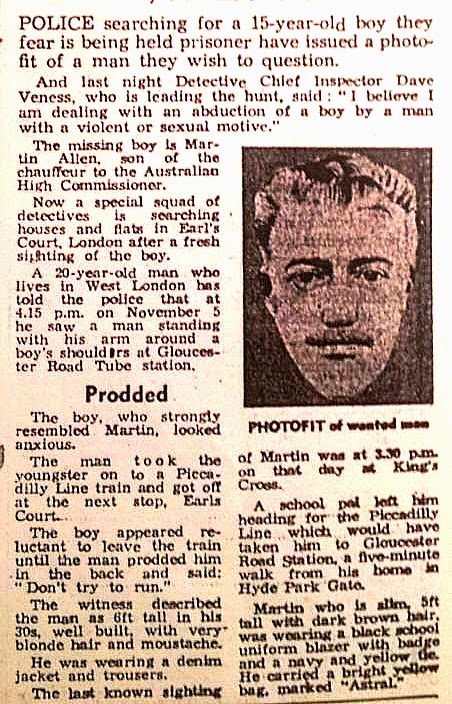 The kidnapper was described by at least six witnesses as being 6' tall, well built with
'blond hair', 'moustache', and being authoritarian. 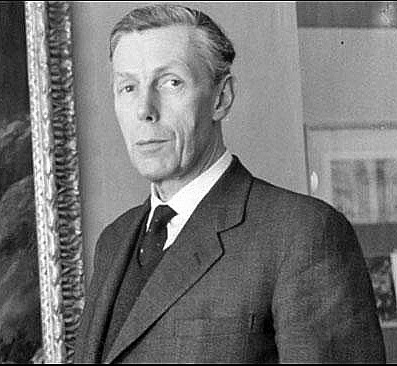 Witnesses said the kidnapper looked like a policeman, or official. 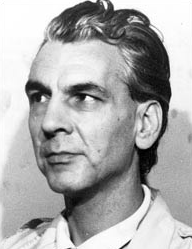 
The kidnapper's hair was described as 'brushed back', with 'no parting in it', and the man had a high forehead. At the time, the man had a 'Moustache'.

He was dressed in smart denim trousers, and jacket, and was well-built.

Former Conservative MP Harvey Proctor who denied being part of any "rent-boy ring" after police searched his home.

The kidnapper was also described as being English, and well-spoken.

All the witnesses said that the man had his hand resting on the back of the Martin's neck.

The boy seen by witnesses fitted Martins description, short, wearing a school uniform, with blazer and badge, carrying a bag over his shoulder. 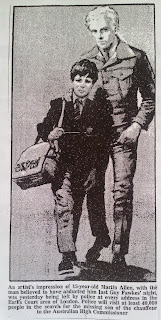 Martin and the the kidnapper were seen outside Gloucester Road Station at about 4.25 pm.

Martin was seen being pushed against a wall, by the kidnapper.

About one minute later, Martin and the man were then seen in the lift going down to the Piccadilly line platform. A women in the lift said that Martin looked apprehensive.

They were next seen on the platform, waiting for a train towards Earls Court.

A 21 year old man who saw them, said that the man had his hand on the back of Martin's neck.

The kidnapper got onto the train with Martin, and stood near the door, on the second carriage from the end, in those days a smoking carriage.

The witness said that when they reached Earls Court station, the man prodded Martin in the back, as he seemed reluctant to get off the train, and was heard to say, "Don't try to run". 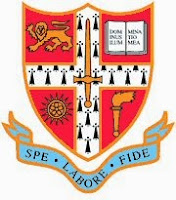 The kidnapper appears to have been living near Earls Court Station. 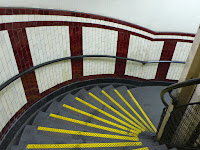 It is reckoned that the kidnapper used the emergency stairs at Earls Court Station and then headed to Warwick Road, where they were both seen.

It is reckoned that they walked through the grounds of the Earls Court Exhibition Centre, into Lillie Road and then towards North End Road.

The last sighting was at 4.45, which must have been in Lillie Road, or near North End Market.

Martin was probably the only boy living near Gloucester Road Station, who went to school at the Central Foundation Grammar School near Old Street Station. So if anyone recognised his school badge it would have to be someone who worked near Kings Cross Station, or travelled through Kings Cross Station regularly, or perhaps a teacher who had taught at that school, or had visited the school. 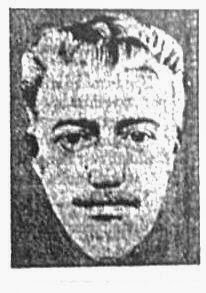 Why might men be hanging around Gloucester Road station?

There was a small men's toilet there, at the top of the emergency stairs, frequented by gay men.

Detective Tony Polly, who worked on the case, said that he thought the man who abducted Martin must have lived near to Earls Court Station, and was probably working near Gloucester Road Station.

If the kidnapper was a teacher, who had worked in a few schools, including Grammar Schools, then he may have recognised the School badge on Martin's School blazer.

There is a private school four or five minutes walk from Gloucester Road Station.

A teacher at this school was on the list of visitors to the Elm Guesthouse boy brothel.

He lived near Earls Court station. 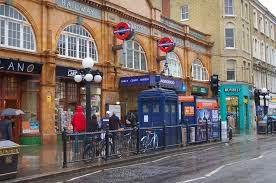 The police had tried to find fingerprints in Martin's room, 'but had found none'.

A teacher was living in a basement flat at the time, near North End Market.

Within a few months of the investigation starting in back in 1980, Martin's father said, "There’s something not right here". "The Police aren’t doing enough". "They were just going through the motions". 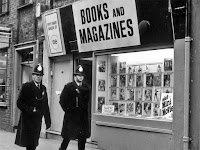