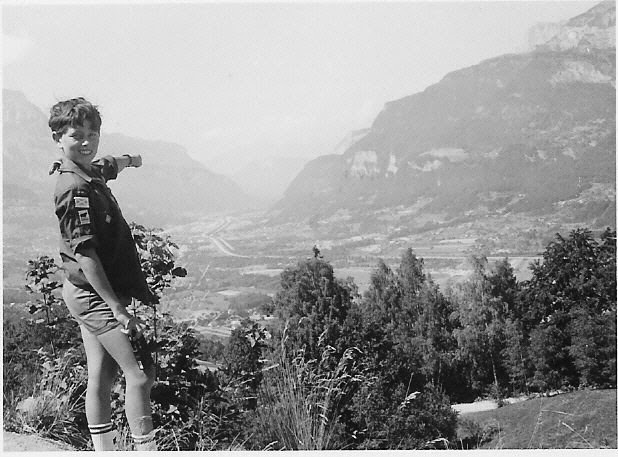 Make sure you tell others about what you've learned prior to it manifesting in reality.

Otherwise, they'll insist you only 'think' you knew it in advance.

Or they'll accuse you of lying, etc.

I learned the hard way.

Now, I tell others as soon as possible after I've had one of those strange, almost indelible dreams/visions.

Mine are extremely accurate.

They're not earth-shattering in content - most are quite mundane. But they're accurate.

And they tell of future events, mundane though those events most often are.

And because others have been told about them before the event occurs in our 'reality', it can't be denied or dismissed. The proof exists 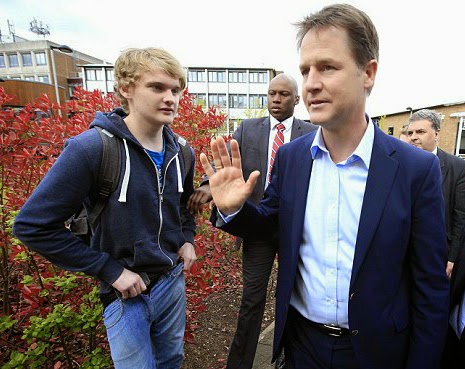 They do not like having to admit the 'future' is predetermined.

And I don't blame them. Makes a mockery of our lives.

All the planning and effort we put into things, only to learn we're actually puppets grinding our way through a pre-scripted life - no, people don't like it and nor should they.

Imagine going to a sporting event, only to learn afterward that the winners, losers and in fact every element of the game had been decided before you even bought your ticket - you'd feel cheated, outraged.

Despite having been provided proof absolute that the 'future' has already been written, I nevertheless still plan, pray, worry, work, etc. - as if by doing so I have a hope of achieving desired outcomes for myself and others. 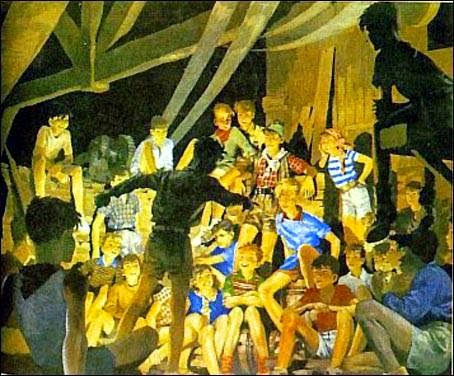 Occasionally, I give myself a shake - ' Wake up !

You know all this effort on your part won't make the slightest bit of difference.

You're just a bit player on a paper stage, moving according to the script '. And then I go back to planning, working, worrying, etc

Makes me wonder if we live in the 'present', or if we're simply re-living things which have already happened somewhere else.

Which of course would mean we're not moving toward the 'future' at all but are already in the past - in something's wake - just echoes, ghosts.

That would make more sense and would be more just (to me at least) than precognition.

In addition to occasional precognitive experiences, I have once or twice had dreams which have been confirmed as having taken place to other people in 'reality' at the same time as I was dreaming them.

That's been confirmed to me once or twice when I've mentioned the dream by chance to the person who starred in it.

Turned out it wasn't a dream at all but instead I was somehow able to see what was actually happening to them.

Maybe it's happened more often than I've realised but because I didn't mention it to the other person, it was never confirmed

Then there are the shared dreams - one or two of those which were confirmed when it turned out someone had dreamed the same thing as I had, when we happened to mention our dream to each.

It's a weird feeling and not altogether pleasant. Both parties feel as if their privacy has been invaded -

' That was *my* dream' is what both feel underneath, even if we don't actually say it.

And synchronicity ! You would not believe some of it. I've been really shaken by some of those experiences

So it seems we most definitely are all connected. And connected to something else as well. Not that I particularly enjoy that thought. I don't enjoy crowds, lol. 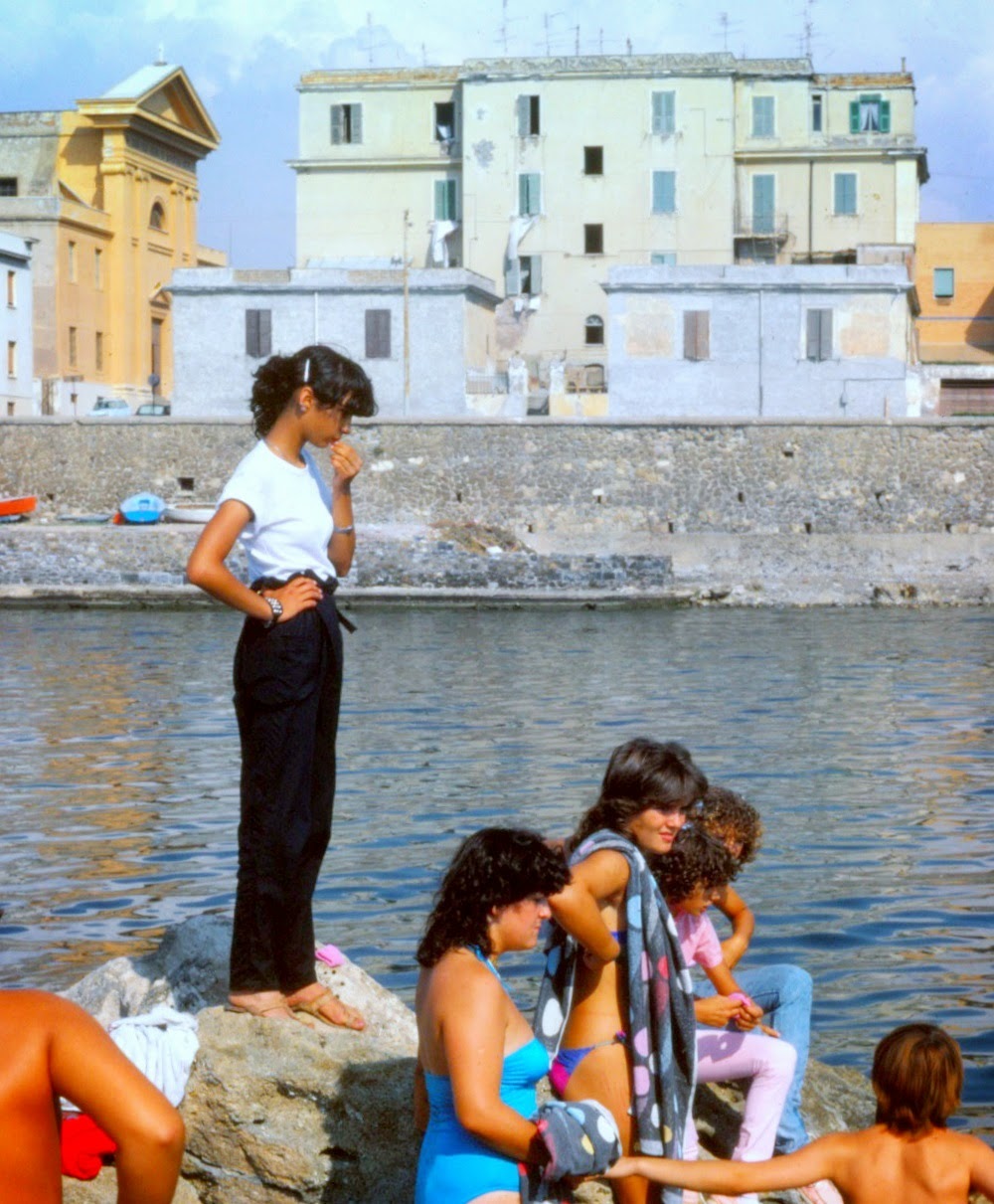 Sevenoaks School paedophile ring update: government report into Jimmy Savile and pupils at Sevenoaks School. Visitors to the school included Cyril Smith, Greville Janner and all the other high-profile names as well as Jimmy Savile.

"Jimmy Savile - Sevenoaks School was advised by the Department for Education in 2014 that an allegation had been made about a visit by Jimmy Savile to Sevenoaks School in April 1978. A team was set up under the authority of the Chairman of Governors to investigate the allegation. An Executive Summary of their findings is available here."

Since November last year, when police started fresh inquiries into the historical abuse of children by the VIP pedophile gang, Kevin Allen has started his own digging.

What has shocked him, apart from what he believes is an apparent disinterest of the police in re-examining Martin’s disappearance, are the staggering links the Australian high commission had to men who would later be revealed as some of the country’s most vile pedophiles...

For more than 30 years, the activities of this incredibly well-connected pedophile network was apparently protected from scrutiny through the issuing of government D-notices, which prevent media publication of anything deemed to affect national security. It is believed this stymied police ­investigations. 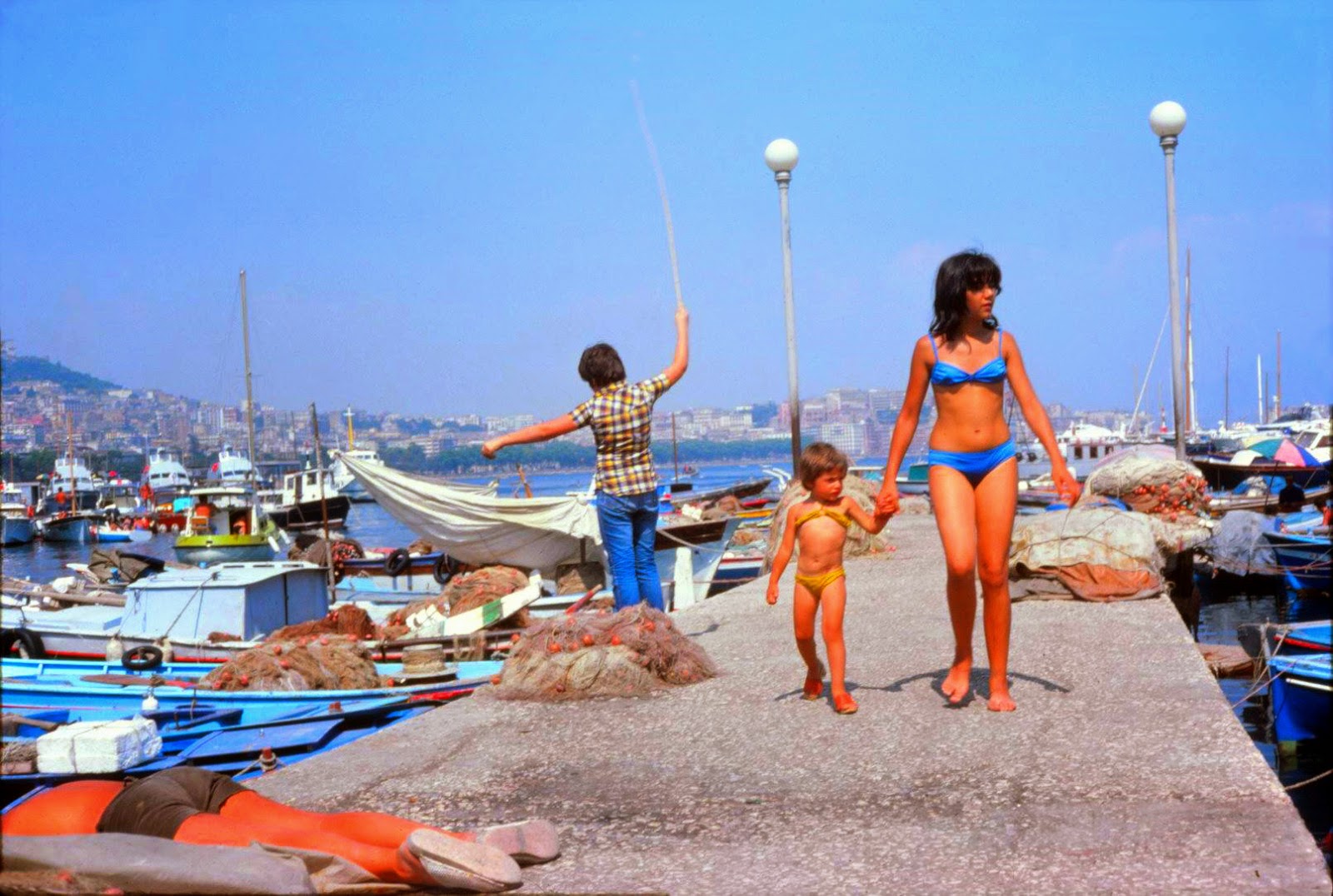 Here is a top cop with a very interesting record ... Cambridge educated man around at many a pivotal moment and now he is part of the Chertoff group a Principle since 2010. Joined up there at the same time as former Home Sec & Minister of Defence John Reid.

At the inquest of Diana, Princess of Wales, he denied that he sat on a legal document suggesting that the Princess feared a plot to kill her in a car crash. 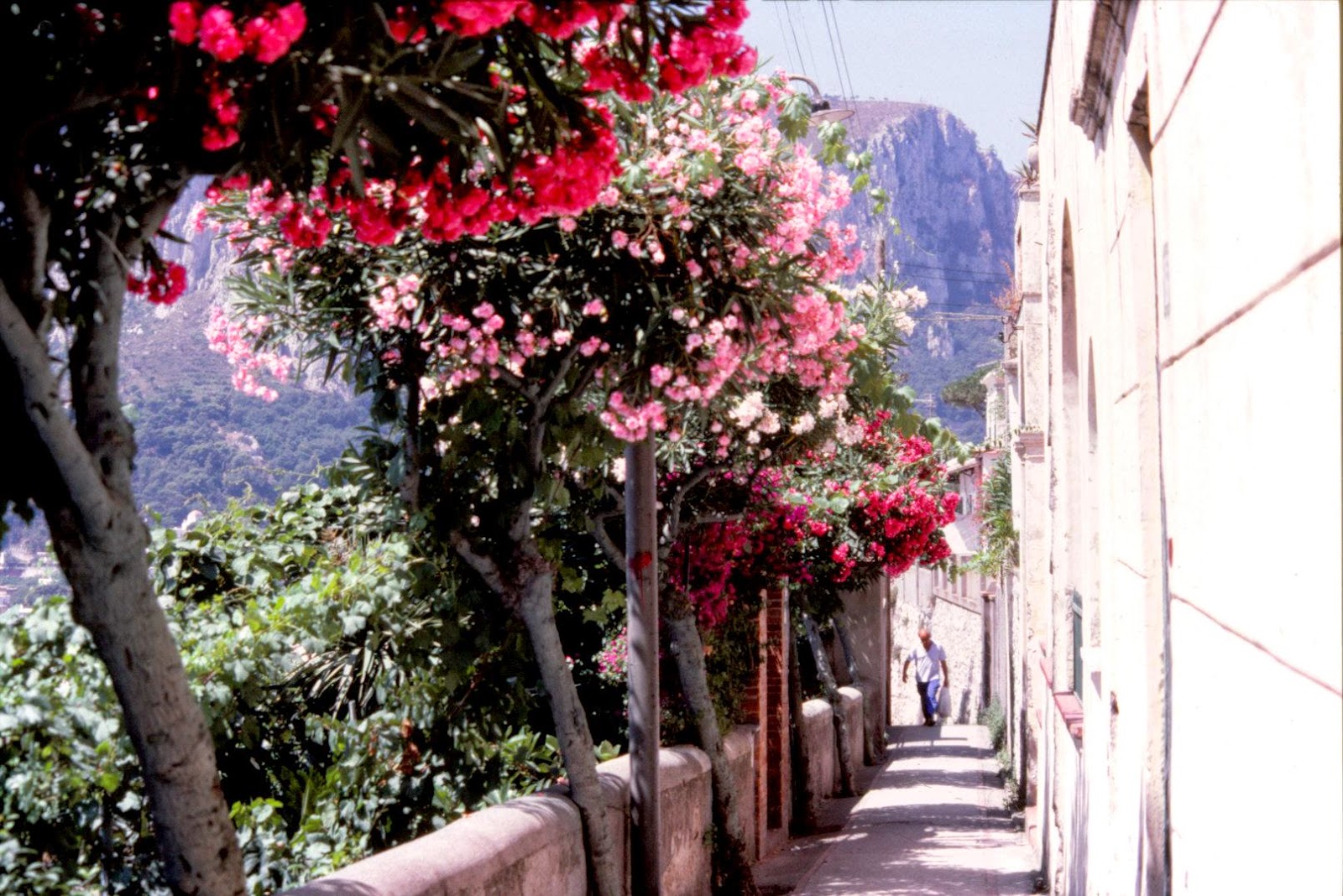 A Daily Mail article confirmed Lord Janner's crimes were known to the forces of law and order in Leicester, yet the local police chief Michael Hirst, a close friend and fellow Freemason, worked to ensure that he was never brought to justice.

(There are many similarities in the modus operandi with the Hampstead case.)

At one point, when the ‘untouchable’ Parliamentarian is threatened with exposure, in a messy court case, local detectives falsify criminal evidence in an effort to protect him.

(Retractions were coerced from the Hampstead children by Barnet Police.)

Soon afterwards, the politician sends ‘heavies’ to knock on the doors of witnesses, in the hope of intimidating them into staying silent.

(Ten officers intimidated Ella at home forcing her to flee abroad for safety.)

Then allies in City Hall instruct staff to shred documents that might result in his repellent activities becoming public.

(Websites and Facebook pages of the accused deleted or altered.)

Finally, the police chief launches an organised campaign to destroy the reputation of a brave whistle-blower who is attempting to expose the whole, stinking business.

(There is a concerted online campaign to destroy Abraham and Ella.)

As a result, the abuse continues unchecked, on an industrial scale. Dozens, if not scores, more vulnerable children are abused. Many still bear the scars to this day.

(There are twenty families and their children still inside this cult.) 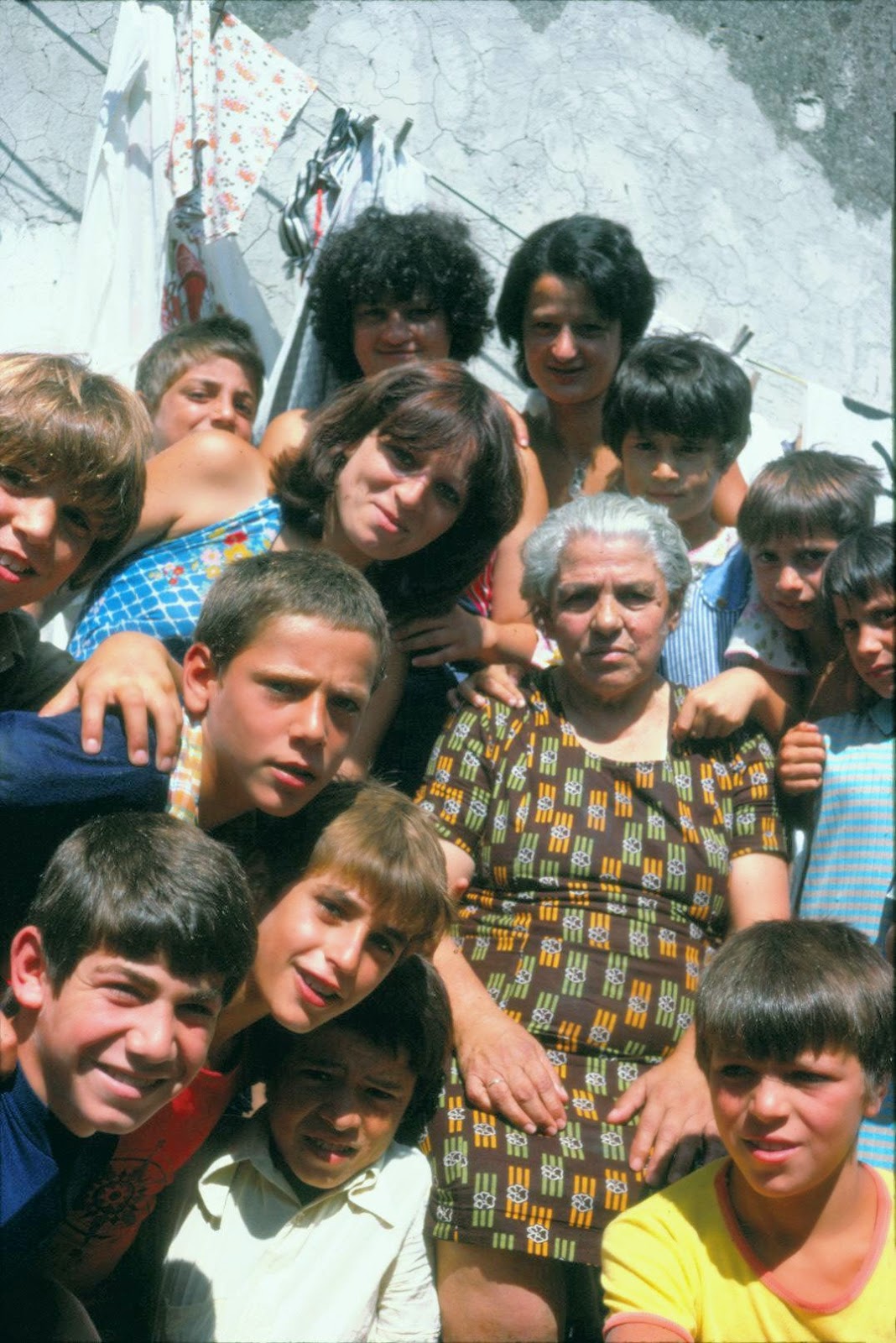 Hi aang. I'd like to point your attention on Barry Chamish and the books by Rabbi Marvin Antelman: TO ELIMINATE THE OPIATE.

The info these books deliver are simply stunning.

I knew that in Nazi germany there were only two flags permitted to be raised: the nazi and the star of david. The Rabbi's books explain that the Labour Zionism had camps in Germany were jews learned how to live in a Kibbutz, before they travel to the soon-to-be-created israel.

Chamish exposes the Sabbatian Frankism and how they acted in the WWII.

David Cameron and the paedophile clique in Westminster: