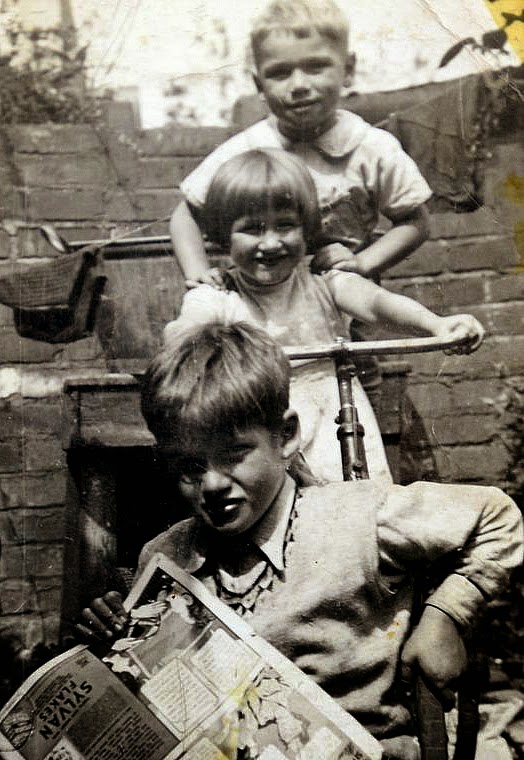 In 1939, in Cardiff in the UK, four-year-old Joyce Cox went missing on her way home from school.

Her body was found next to a railway line.

She had been sexually assaulted and murdered.

Her killer has never been caught.

Joyce's brother Dennis never forgave himself for letting Joyce out of his sight as they walked home.

London's Metropolitan Police had been drafted in to help the South Wales Police.

The police refuse to release the files on the case until 2040 because it would be unfair to the mystery suspect. 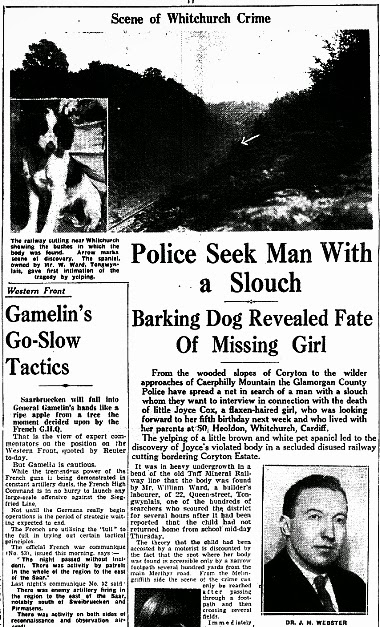 "The police were expected to 'yield an early result' after seven-year-old schoolboy Allan Lloyd told detectives he saw Joyce walking with an 'old looking' man in black suit."