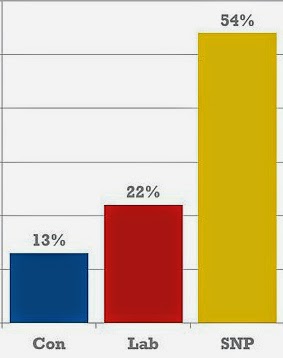 The opinion polls suggest that, in the May 2015 UK general election, the Scottish National Party (SNP) will win all of the seats in Scotland .

Nationalists on track to win all Scottish seats

The pro-independence parties (SNP and Greens) are supported by 56% of those polled.

The anti-independence parties are supported by 43% of those polled.

We believe that the recent Independence Referendum in Scotland was rigged and that a majority of Scots actually voted for independence.

We expect that there will be rigging of the vote in the coming UK general election.

A new pamphlet describes in detail how MI5 and John McTernan, chief of staff to Jim Murphy, the Scottish Labour leader, 'rigged' the 2014 independence referendum by creating thousands of fake No ballot papers.

US Shale Oil and Gas Industry is a Ponzi Scheme Facing Collapse.
Posted by Anon at 09:28