On 2 April 2015, al-Ahabaab killed scores of people at Garissa University in Kenya

Kenya is corrupt and an easy target for al-Shabaab.

According to Stig Jarle Hansen, author of Al-Shabaab in Somalia: "al-Shabaab can ... buy passage, visas and other useful items from the police and other governmental services."

Al Shabaab is al Qaeda, which reportedly is the CIA and its friends.

Kenya has experienced 136 terror attacks since 2011.

The Kenyan security agencies say that Mohamed Mohamud aka Dulyadin aka Gamadheere from Garissa is the person behind the attack on Garissa University.

The mastermind of the attack was al Qaeda's Ali A Mohamed.

Ali A Mohamed was trained at Fort Bragg, North Carolina, and later worked as an instructor in explosives at the John F Kennedy Special Warfare Center and School.

In the 1990s Mohamed was working for the American secret services in Kenya.

"There is no way that US intelligence handlers did not know of every move made by Mohamed. This guy was recruited by the CIA in Cairo, where he was a major in the Egyptian army.

"He was then a handpicked graduate of Fort Bragg for American Special Forces and he went on to instruct green berets in psy-ops and explosives at the JFK School of Warfare. We are talking about the strictest security clearance in the US military." 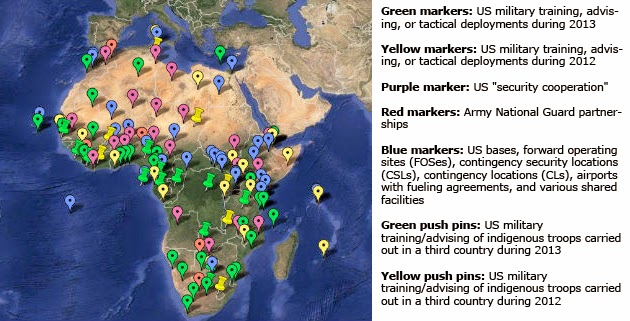 The Pentagon wants to control Africa.