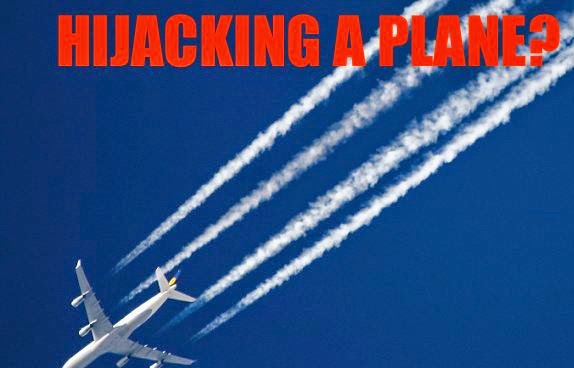 Matt Andersson, president of Chicago-based Indigo Aerospace, has written a letter to the Financial Times suggesting that the Germanwings plane could have been crashed by a HACKER.

Andersson says the French accident investigators are clear that the stricken plane 'accelerated in its descent'.

Anderson writes in the FT: 'That may be, but it could be from any number of causes, including external electronic hacking into the aircraft's control and navigation systems through malware or electromagnetic interception.'

'This is one reason military and head-of-state aircraft are generally installed with specific shielding and additional active protective measures,' but 'Civilian aircraft are not.'

Andersson writes: 'Both the cockpit voice recorder (CVR) and the flight data recorder (FDR) of the Germanwings flight 9525 have yet to be subject to international standards.

'Until they are, many broad assertions currently presented to the public may turn out to be erroneous, misleading or in some cases lead to improper or counterproductive regulatory and other reactions –including misplaced liability, financial and insurance claims.'

Former commercial pilot Jay Rollins on MSNBC:  referred to the loss of a US drone over Iran, which some blamed on electronic hacking: 'Suddenly the aircraft responding to outside forces.

'If something like that were going on it would be very disturbing for the pilot.'

On 24 March 2015, Germanwings pilot Andreas Lubitz allegedly locked himself into the cockpit of his Airbus A320 and then crashed the plane.

A film, released in Autumn 2014, shows a 'mad' member of an aircrew locking himself into the cockpit of a passenger jet.

The 'madman' then crashes the plane, killing everyone on board.

The Oscar-nominated Argentinian movie, called Wild Tales, shows the 'madman' crashing the jet so as to murder his enemies.

The 'madman' has invited on to the flight, his lover who had jilted him and a colleague whom he did not like.

In Wild Tales, which is fiction, one of the passengers tries to smash his way through the cockpit door to get to the controls.

Reportedly, the locked-out captain of the Germanwings flight may have tried to smash his way through the cockpit door to get to the controls.


Greencrow As The Crow Flies

Last week they were insisting that Lubitz was NOT being treated for depression (but wouldn't say what he was treated for).

At this point, Lubitz' medical condition is a moot point.

As posted before, the initial CNN report indicated that the plane had issued an emergency call, and had suddenly lost airspeed before the descent.

The White House had issued that weird statement that the crash was not caused by an act of terror before anyone supposedly knew what the cause was.

The French reported finding the Digital Flight Recorder, then said it had not been found, then said they found the empty case, then revised that to say that the memory card had become dislodged.

As documented below, Digital Flight Recorders do not have a single memory card that can be removed.

The claim was made that Lubitz was breathing normally as heard on the cockpit voice recorder, yet cockpits are very noisy during flight, noisier than the cabin, in which the sound of normal breathing would be lost to the sounds of air streaming past the cockpit windows.

The whole "locked out of the cockpit" story breaks down because there is a mechanism by which the crew can open the cockpit door from outside.

We are seeing another badly-organized "chase its own tail" botched propaganda effort to cover up something else.

Maybe France is trying to protect the reputation of Airbus.

Maybe Germany wants to protect the reputation of German airliners.

Maybe we have another one of those getting-too-frequent accidental military shoot downs.

But what we clearly do NOT have coming from the government and media, is an accurate telling of what actually did happen!

"The reporting about the flight recorder.

"In the beginning they said very quickly they found it but someone had removed the recording chips.

"A day or two later they said: “No, no, we did not even find it. We are still looking for it.” And this is the case today, they have, officially, not found the flight recorder.

"And here I ask myself: they found the voice recorder but not the flight recorder? These two parts are built into the plane very tightly next to each other …

"So I ask myself, did they find it or not? Or, is it meant to not be found? That’s what irritates me with this Germanwings story that they claim with ‘certainty’ with only a quarter of the data that they have the truth, insisting they know what happened. That is impossible.”"