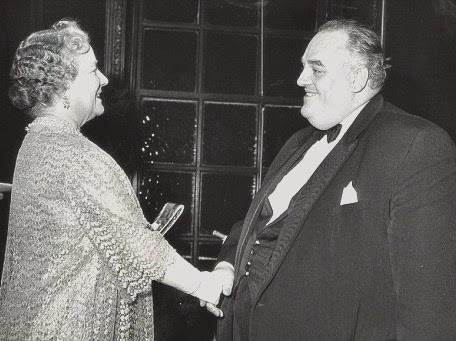 In 1988, a young policeman called at a house in Stockport (Manchester area) after a complaint that the occupier had been committing a sex act in his window in front of a newspaper boy.

Inside the house, the young policeman found Member of Parliament Sir Cyril Smith (above), a police officer in civilian clothes, a known dangerous child abuser and two teenage boys - one a runaway from a children's home.

According to the young policeman: "There seemed to be a party going on, with two young lads there...The boys, aged about 14 to 15, were drunk.

"One was missing from a children's home."

The young policeman was "ordered by top officers at Greater Manchester Police to keep quiet about the incident.

"The young policeman was threatened with the Official Secrets Act."

The young policeman received an anonymous call from an unnamed man who said to him: "keep your mouth shut."

Sir Cyril Smith was not investigated. The dangerous 'known child abuser' was given a caution.

Don Mackintosh, who died in mysterious circumstances in 2014.

There is a belief that MI5 and its friends run the top child abuse rings.