2. From an Anonymous currently in the UK:

"I grew up next to Hampstead, and witnessed many pervert ritualists doing their rituals all around the area.

"An abandond church just off Clairmont road, was where the sacrifices happened.

"They used to put this silver powder over all the corners of the buildings they used...

"They also performed their rituals in Golders Hill Park late at night and on Hampstead Heath.

"I recall once they chased a load of us cause we were spying on them doing their freaky shit.

"We were street kids so wondered everywhere.

"The ones who performed their rituals underneath Whitefields school were the most perverted out of the bunch and would try to grab us and drag us in to the tunnel systems.

"We ran like the wind, got bricks came back and pelted them repeatedly until we ran out; then ran again lol.

"These were sick twisted perverts, I was only about ten years old... 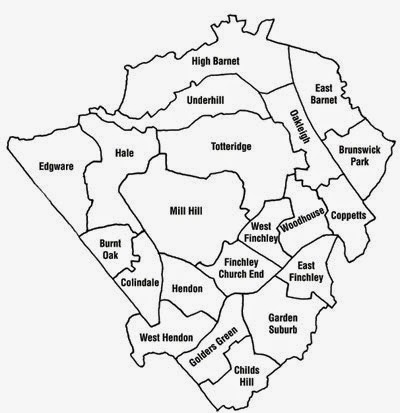 "The only satanic ritualist you normally get, is one who was already abused; it is a system, or more, a circuit of abuse...

"I went to St Agnes school in Cricklewood NW2; grew up in Child's Hill and Clitterhouse...

"I honestly have first hand experience of this, from the same area."

Anonymous refers to an Egregore, a 'psychic entity' made up of, and influencing, the thoughts of a group of people.

An Egregore can be either negative or positive. The Real Meaning of Egregore)

From Anonymous currently in the UK:

"On Prayle Grove, NW2, one father got three of his daughters pregnant...

"There was a man called Mr Wimpy who would come and proposition all the kids; he got a few of the little girls that I know of.

"I know of a lad from down the road in Cricklewood who got raped.

"I know of at least three incestuous families from the area.

"The list goes on... it is the rituals; they subvert the whole area...

"It is important to understand that this thing is so so much bigger than one cult...

"The ritual they perform is the fallen archangel ritual; normally some sort of pain needs to be induced during the ritual.

"The reason they kill babies is because the are offering a pure soul to ... Satan...

"Satan is, at the very least, today's most powerful magic(k)al egregore." (Diane Vera, from Intro to Satanism)...

"A place next to Brent Street in Hendon NW4 is where they would send all of the mental patients released from Napsbury mental hospital.

"These are the people most susceptible to the prompts of an egregore...

"You would find a considerably high number of perverts pedophiles and rapists in this area.

"It took me years to make the connections of why, why so many in one area, then I realised it had to be the rituals.

"The group thought is such a powerful thing it can subvert someone close to the edge already, somebody who is weak willed.

The Guardian's editor Alan Rusbridger - stopped over use of a tripod on Hamsptead Heath.

"Hampstead Heath itself is a free roaming gay hotspot.

"At 18 I worked in Jack Straw's Castle and the Spaniards Inn - pubs run by bass taverns.

"I heard stories of young boys tied to a tree; and groups of men queuing up to take a turn raping them; strangers joining in on gang rape...

"It is the egregore, built through group thought, that subverts the population.

"A healing circle needs to go and do cleansing rituals all around these places.

"Even then I doubt it would do anything to the egregore; not now; it has fed too much and blood has been drawn in it's name so it will only ever be a force of evil, unfortunately.

"That's all I got for you guys on the area."

3. 'The Tory MP, rent boys and a sex dungeon in west Hull' – Memories of Harvey Proctor

Angus Young remembers a visit to Hull by former MP Harvey Proctor, and an intriguing court case in Beverley

"I first encountered him in 1987, when he visited the University of Hull to speak to Conservative students...

"A few months later, Proctor's name cropped up again during a trial I was covering at Beverley Crown Court.