Jerome Elam (above in the 1970s) says that, as a young boy in Florida, he was forced by his stepfather to become a sex slave.

Thousands of clients, top men and women in his community, 'beat, choked and raped him'.

Jerome was a victim of sex slavery, pornography and drug taking from the age of five.

Jerome told local station WTLV that he was repeatedly taken out of school in Jacksonville so that people like doctors and lawyers, both married men and married women, could rape him.

Jerome writes that: "One day the leader of the pedophile ring, 'Duke', was going through a nasty divorce and a boy called Steve just happened to tell the wrong joke.

"I watched helplessly as Duke choked the last ounce of life from Steve."

Florida: home to many top Jews

Jerome says the beatings and rape: 'would take place in hotels, in campers, in store rooms...'

'The child abusers looked like the people you would see in church on Sunday.' 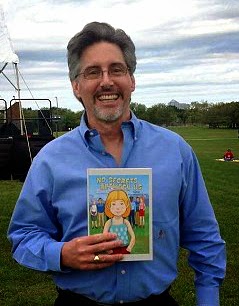 Jerome, who survived. The FBI reports that the average life span of a child sex slave is seven years.

Jerome says that he had three of his ribs broken after he tried to tell a doctor what was happening to him.

According to child abuse experts, pimps can make $200,000 per year from a single child, and often have as many as six under their control.

Jerome says he was able to build a new life for himself after a suicide attempt left him in hospital and gave him the opportunity to escape.

CHILD ABUSE TIMELINE - PART ONE
"The Whitehouse Boys", the boys of the ... In 2008, the Governor of Florida, Charlie Crist, was forced to launch an ...

CHILD ABUSE RINGS PROTECTED BY MEDIA ...
In Florida, at the Arthur G. Dozier School for Boys, children were sexually ... House was used to acquire children for the purposes of child abuse. ....
Posted by Anon at 15:00