What evidence is there that Jesus was (A) an opponent of the Establishment, or (B) a tool of the establisment?

1. Jesus shared meals with outcasts, which annoyed the Pharisees, strong supporters of the laws and traditions of the Jewish people.

Jesus said: "Be on your guard against the Doctors of the Law, who like to walk about in robes and be saluted in the streets... who devour the livelihood of widows..."

2. Jesus talked of 'good people' being his 'brothers' and 'sisters'.

3. Jesus urged people to 'renounce self'.

Jesus said: "If anyone wishes to be the first, he must be the last of all and the servant of all."

Jesus said: "Why do you call me good? No one but God is good."

4. Jesus said: "How difficult it is for men of wealth to enter the Kingdom of God."

We are a fan of Jesus.

Jesus said: "Turn the other cheek."

Moses, if he ever existed, was obviously a child killer.

The Bible is like the curate's egg - good in parts.

The Bible, like the Koran, is a very human attempt to describe what life is all about.

In Matthew 5:1,2  "Jesus went up into a mountain: and when he was ready, his disciples came to him: And he opened his mouth, and taught them, saying...."

This is the Sermon on the Mount.

In Luke 6:17,20: "Jesus stood in the plain, and the company of his disciples, and a great multitude of people...came to hear him.. And he lifted up his eyes on his disciples and said..."

This is the Sermon on the Mount, but, it is in the plain.

Luke seems to be making it up.

The Old Testament is endless contradictions.

In Isaiah 14:21 we read that people should "Kill the children because of the sins of their fathers."

In Jeremiah 13:14 we read: "Now go and smite Amalek, and utterly destroy all that they have, and spare them not, but slay both man and woman, infant and suckling."

In Psalms 145:9 we read: "The Lord is good to all, and his tender mercies are over all his works."

Many of the people who leave comments on this blog have been brainwashed by fundamentalist Christians.

Sensible Christians "consider some passages of the Bible (e.g. those referring to slavery, burning some hookers alive, forcing rape victims to marry their rapists, raping female prisoners of war, etc.) as not being valid today, as immoral, and against the will of God.

"They differentiate among various homosexual and heterosexual sex practices, treating some (rape, prostitution, temple sex rituals) as immoral and some (consesual activity within committed relationships) as positive."

same-sex relationships in the bible: conservative and liberal

www.smc-mb.net
The early Christians had various theories about Jesus.
Jesus did not become 'officially' divine until 325 AD.
This was when the Council of Nicaea, set up by the Roman emperor Constantine, decided that Jesus, like many Roman Emperors, was divine.

In The Historical Jesus; Five Views, Robert Price suggests that the story of Jesus in the Gospels contains borrowings from pagan mythology.

In the same book, Professor Luke Timothy Johnson lists all the things historians can know with 'a very high degree of probability' about Jesus - Jesus taught in parables, Jesus healed people, Jesus taught about God's Kingdom.
The Recliner Commentaries: Five views of the historical Jesus

Osiris's resurrection is celebrated on the third day

Does the story of Jesus show strong parallels to myths of dying and rising gods?
Apparently not.

"Early in the 20th century, Gerald Massey argued that there are similarities between the Egyptian dying-and-rising god myths and Jesus.[22]

"Massey stated that the biblical references to Herod the Great were based on the myth of 'Herrut' the evil hydra serpent."

However, the existence of Herod the Great "can be well established without reliance on Christian sources."[23]

In other words, Herod was not Herrut.

"The overall scholarly consensus is that while the examples provided often involve death of the deity, they do not generally involve resurrection of the same deity.[2]

"Eddy and Boyd state that upon careful analysis, it turns out that there is often either no death, no resurrection or no god in the examples used to construct each of the examples in the category.[17]

"Jonathan Z. Smith, a scholar of comparative religions, writes the category is 'largely a misnomer based on imaginative reconstructions and exceedingly late or highly ambiguous texts.'[1][37]

Is Christianity similar to the Roman religion Mithraism?

Early Christian authors "took an extremely negative view of Mithraism" and saw their practices "as evil copies of Christian practices."[209]

David Strauss (1808–1874), a German theologian, believed that Jesus was baptized by John the Baptist and that the encounter had influenced the views of Jesus.

However, Strauss believed that "the additional elements of the sky opening, the dove descending on Jesus as the Holy Spirit, etc. were subsequent miraculous embellishments by the authors of the gospels intended to emphasize the importance of a key event in the life of Jesus."[220] [225]

Strauss believed that the divine spirit was embedded in all of humanity.

In 1890, Sir James George Frazer published the first edition of The Golden Bough which showed "the shared elements of religious belief."
Frazer himself believed that Jesus existed.[235]

William Benjamin Smith (1850–1934) argued for a symbolic interpretation of the stories about Jesus.

Smith argues that in the parable of the Jesus and the rich young manthere never was a young man, and the young man symbolizes the nation of Israel.[254]

What about Quantum Physics, Jesus and Intuition?

Or we can choose to accept our identity as projections of the Father and consciously co-create with the Father...

"Quantum physics has proven that the belief of the observer is translated in the test tube.

"Each energy packet can become particle or remain as energy depending on the expectation of the observer.

"This is known as the observer effect.

"Positive Thinking is Merely Scratching the Surface of Truth: We must be attentive to intuition

"As the Quantum physicist has discovered, our beliefs come true.

"This is the key to the kingdom which we forgot shortly after birth.

"In this same way, Herod of Judea forgot that he and Jesus were both born of the Creator/Father/One.

"Herod attempted to kill Jesus by ordering all the newborn children of Bethlehem to be slain.

"But, since Joseph was attentive to his intuition, (for intuitive training go to Andrea Hess...) he was warned by the One/Creator/Father to flee to Egypt.

"Jesus was safe during His childhood. They only returned to Israel after they were told of the death of Herod.

"When Jesus was grown, he fasted for 40 days and 40 nights before beginning His ministry... a month of fasting will cause an altered state of reality.

"When Jesus was tempted by His Ego to turn the stones into bread, He reminded the tempter that 'man does not live by bread alone.' Thus He determined to finish his vision quest...

"Jesus told the Ego to get behind Him because it is only the One/Source/Creator who would be served.

"To accept our identity as co-Creators with the One, we must put our finite Egos behind us.

"Our Subconscious mind is connected to our Higher Mind and to the Creator/One/Source.

"The Ego is only connected to our conscious minds and helps keep us involved in this physical world.

"But, at the same time, we must learn to influence our Subconscious Minds in order to create our reality..."

Crossan "believes that less than 20 percent of what we read in the Gospels are original sayings of Jesus."

Crossan does not dispute that Jesus Christ really lived.

Independent accounts "prove that in ancient times even the opponents of Christianity never doubted the historicity of Jesus." (Quoted in Josh McDowell, Evidence That Demands a Verdict, vol. 1 (Nashville: Nelson, 1979), 87.)

According to Crossan, Jesus's teachings would have upset the elite.

According to Crossan, "The Kingdom of God comes not at some future time

"You cannot point out the sign of its coming

"The Kingdom of God comes not at some special site

"You cannot point out the place of its coming

"The Kingdom of God is already here, among you, now." 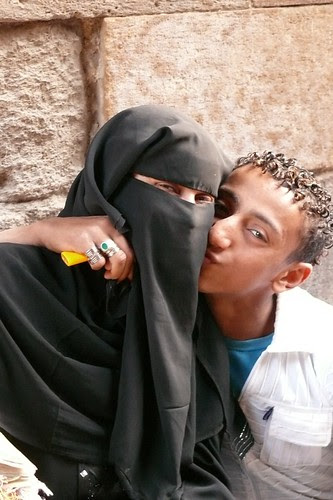 In a review of a Crossan book, Peter Broady wrote (Review of The Essential Jesus by John Dominic Crossan.):

"One can only wonder what the Jewish peasant who spoke of the poor and destitute as ‘blessed’ along with the ‘peacemakers’ and ‘those that hunger and thirst after justice’, and said that it is nearly impossible for wealth and the ‘kingdom of God’ to coexist, would think of our unimaginably wealthy country where the gap between rich and poor has reached heights unimaginable in his time..."

The following is fiction:

James: How was your trip to India to meet the great guru?

Peter: I enjoyed India. But I've come to the conclusion that the only good guru is a humble guru. The guru I met in India was sitting on a throne and claiming to understand everything about the universe. He did not look in good health. He may be what you call a 'theomaniac': someone who gets very easily irritated and doesn't like being contradicted.

James: You are a fan of humility.

Peter: Jesus said, "Why do you call me good? No one is good except God." He also said that he was not seeking glory for himself.

James: That suggests that Jesus was capable of making some mistakes.

James: What about Jesus when he was criticising some of the Jewish leaders and calling them names? In Matthew, Jesus says, "Woe to you, scribes and Pharisees, hypocrites!... You blind fools!... You serpents, you brood of vipers, how are you to escape being sentenced to hell?"

Peter: This seems to conflict with Jesus's teaching about not judging people; and about seeing your own faults; about turning the other cheek and about not resisting evil.

James: What do think Jesus thought about God and life after death?

Peter: I think Jesus used parables because it's not possible to explain all these things very easily in words. When Jesus talked about being at one with the Father, that could mean many different things. I think Jesus believed that we can all be one with the divine.

James: So your guru must be humble.

The Religion OF Jesus - not ABOUT Jesus: Toward the theology OF Jesus

"Jesus, in fact, was typical of a certain kind of fanatical young idealist: at one moment holding forth, with tears in his eyes, about the need for universal love; at the next furiously denouncing the morons, crooks and bigots who do not see eye to eye with him, It is a very natural and human behavior." - Margaret Knight, 'Honest to Man' : p26 ( personality )

The Prophet said, "Have I not taught you how the inhabitants of Paradise will be all the humble and the weak..." Islam: Hadith of Bukhari.

"Be humble, be harmless, Have no pretension..." Hinduism: Bhagavad Gita

"The fool who knows that he is a fool is for that very reason a wise man; the fool who thinks he is wise is called a fool indeed." Buddhism: Dhammapada
Posted by Anon at 22:43