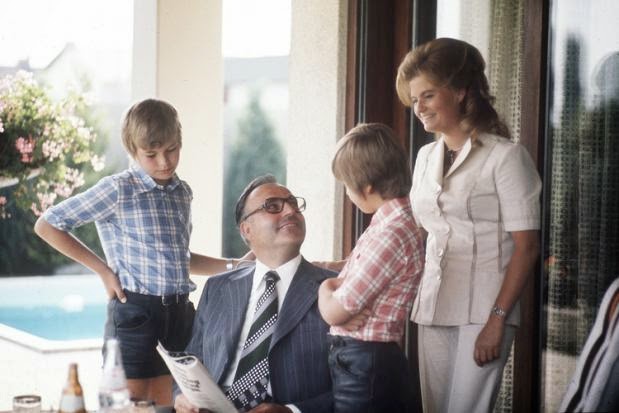 The former newspaper editor Udo Ulfkotte claims that German Politicians are US Puppets.

Above, we see Helmut Kohl and his first wife Hannelore.

On 5 July 2001, Hannelore was found dead at age 68 in her Ludwigshafen home. She had apparently committed suicide.

Journalist Andrew Gimson, writing in The Spectator,[6] cast doubt upon the official version of events. Similar questions were also raised by the German newsmagazine Stern and the BBC.[7] 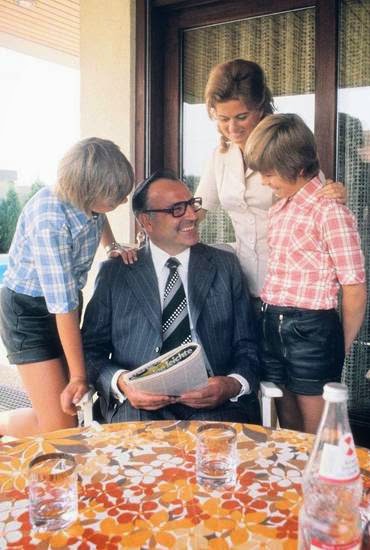 His family was conservative and Roman Catholic.

Kohl allowed the stationing of NATO midrange missiles in Germany.

In 1998, Chancellor Kohl informed the USA of his opposition to an international intervention in Kosovo.

In the September 1998 elections, Kohl's Christian Democrats were swept out of power.

In 1999, it was discovered that Kohl's CDU party had received and kept illegal donations during Kohl's leadership.[11]

On 16 May 2011, Kohl received the Henry A. Kissinger Prize at the American Academy in Berlin for his "singularly extraordinary role in German reunification and laying the foundation for a lasting democratic peace in the new millennium".[25] 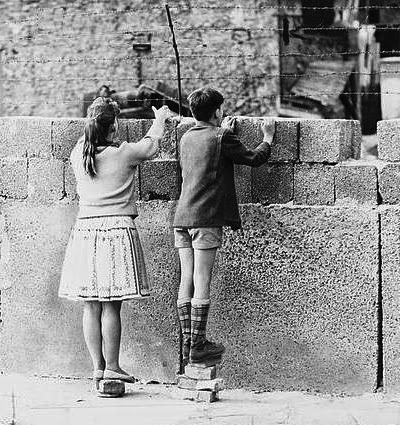 2. Some days before the wall opened, the plan was discussed during a lunch meeting at East Berlin’s Palast hotel between Walter Momper, the mayor of West Berlin, and the East German official who would open the wall less than two weeks later, Günter Schabowski. 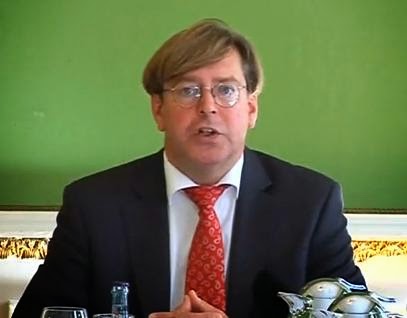 The former editor Udo Ulfkotte (above) claims that German Politicians are US Puppets.

According to Udo Ulfkotte, formerly of the Frankfurter Allgemeine Zeitung, one of the largest German newspapers:

"Now the Americans are even considering blowing up a nuclear power plant in Ukraine and then insisting that the culprits were either separatists or Russians...

"I no longer have children I have to support, and day after day I kept watching the Americans on the news, once again gearing up for their next war.

"This time it's in Ukraine against Russia...

"Germany is a banana republic: you can’t even use satire to criticize the one-sided (media) coverage.

"We have only the appearance of a free press...

"Any deviation from mainstream opinion is harshly suppressed...

"I photographed Iranians who had been poisoned by German chemical weapons under the eyes of the US, but that was not supposed to be made public...

"Have you ever heard of a German chancellor apologizing for that in Tehran? We can see that German politicians are nothing more than puppets of the US...

"You know, the ADAC - the biggest German automobile club - had an employee working for its helicopter rescue service who refused to cooperate secretly with the BND (German secret service).

"He was immediately expelled from the ADAC and then went to court, but the judges decided that a person cannot refuse to work with the BND...

"What the Nazis used to call the Gestapo is now called the Department of State Security.

"And they came and conducted raids (on my house) six times under the pretext that I was betraying state secrets. These types of scare tactics are typical of banana republics."

Merkel pushed through the participation of a German contingent in the multinational force under US command in Afghanistan.

However, German Chancellor Angela Merkel refused to take part in the no-fly zone over Libya.

On 25 February 2011, it was reported that Merkel "sternly rebuked the Israeli prime minister ... in an unusually fractious telephone call... Netanyahu had done nothing to advance the peace process, Merkel said... Germany voted for a UN security council resolution condemning settlements that was vetoed by the US."

On 16 March 2011, Angela Merkel narrowly escaped a helicopter crash while travelling to attend an election rally.