In the UK parliament, in 2004, Alex Salmond spoke out about Diego Garcia. 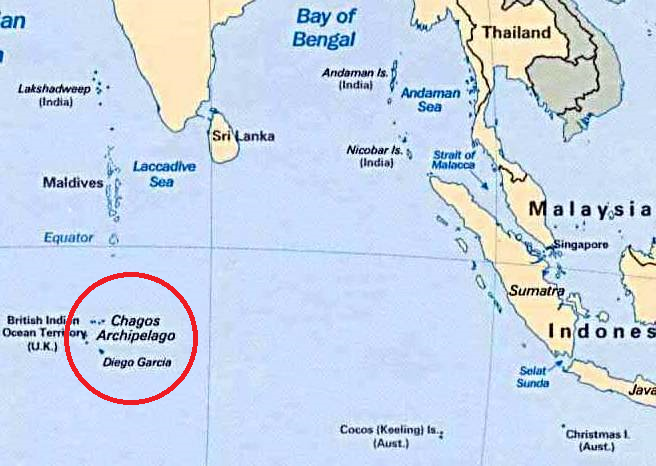 Diego Garcia was not a problem until the realpolitik of the relationship between the United States and the United Kingdom made it a problem to get rid the islanders out of their homes - to clear them, as we would say in Scotland - for the convenience of an arrangement made between this country and America.

Foreign Office documents show that one Foreign Office diplomat said that "unfortunately along with the birds go some few Tarzans or Man Fridays whose origins are obscure, and who are hopefully being wished on to Mauritius."

The same documents show that Foreign Office officials were worried that they might be open to "charges of dishonesty" and referred to "old-fashioned" concerns about "whopping fibs" that Ministers were being asked to tell about Foreign Office policy...

Alex Salmond (above) was one of the very few politicians to speak out against the bombing of Yugoslavia and the invasion of Iraq. He referred to the bankers as 'spivs'.

The people of Diego Garcia were cleared from their island for the convenience of the United States and the United Kingdom, and most were abandoned in Mauritius.

We know ... from the High Court judgment that the conditions in which they have been living are disgraceful. They have been living in abject poverty... They were totally abandoned with pitiful and insulting compensation being offered over the years...

Alex Salmond said:"Obviously, I don't approve of a range of Russian actions, but I think Putin's more effective than the press he gets, I would have thought, and you can see why he carries support in Russia. He's restored a substantial part of Russian pride and that must be a good thing. There are aspects of Russian constitutionality and the intermesh with business and politics that are obviously difficult to admire. Russians are fantastic people, incidentally; they are lovely people."

The analysis that the islands are no longer capable of sustaining occupation because of global warming must be pretty bad news for the American military base - perhaps the runway is about to disappear under water.

I have an overwhelming feeling that if Mauritius could be persuaded to send just one gunboat to the outer islands to establish the Mauritian flag again in what is arguably its territory anyway, we would decide that the islands were worth reclaiming on behalf of the Crown and dispatch a taskforce to the Indian ocean.

The YES to independence campaign is being attacked by MI5/MI6 trolls, a sign that Salmond worries the powers that be. Illustration from www.comicvine.com

Global warming is an interesting concept, because it conflicts rather dramatically with what is on the US navy website.

In a welcoming introduction to "The Footprint of Freedom" and Camp Justice, Diego Garcia is described as a paradise on earth and it is said that one of the best stationings that any US serviceman can have is on Diego Garcia...

The Minister had better explain how the Government claim to know better than many respectable outlets of the US press.

The Washington Post claims that prisoners are held on Diego Garcia for "rendering" before being transferred to Camp X-Ray.

How confident is the Foreign Office in the information that the US authorities have offered it? ...

I think the Prime Minister has some difficulty in distinguishing between a country called America, which has a constitution, and the personality of a President, George W. Bush, who has an Administration. The Prime Minister's inability to distinguish between the two is one of his major weaknesses.

The Highland Clearances of the 18th and 19th centuries in Scotland. The highlanders were turfed off their land by the rich toffs who mainly lived in London.

One of the first and better acts of the Scottish Parliament when it came back into existence on the mound was in a debate such as this when it apologised collectively for the historic injustice of the highland clearances.

They were not the responsibility of any Scottish Parliament, but it was felt none the less by all parties in that Parliament that such an apology should be offered, and that was done by representatives of all the parties...