THE ECONOMY - TRUTH AND LIES

The trade deficit for the UK economy has widened

This is one reason why the pound sterling has weakened.

England, unlike Scotland, imports more than it exports.

On 10 September 2014, the headlines in the newspapers suggested trouble for 'Scottish' businesses.

Yet the truth is otherwise.

On 10 September 2014, we read that twelve analysts have assigned a buy rating to Aberdeen Asset Management.

JPMorgan Chase is one of the firms with an 'overweight' rating on Aberdeen Asset Management.

On 10 September 2014, The Daily Telegraph writes that shares in Cairn Energy are worth considering ahead of a busy drilling schedule.

On 10th September 2014, Investec removed Royal Bank of Scotland from its list of stocks to avoid and moved it to a more moderate ‘hold’ rating (previously ‘sell’).

On 10th September 2014, Standard Life's stock had its 'outperform' rating reaffirmed by RBC Capital in a research note.


DON'T PANIC ON THE ECONOMY

"Already, the myth of political apathy has been scotched by the tumultuous movement north of the border.

"As soon as something is worth voting for, people will queue into the night to add their names to the register. 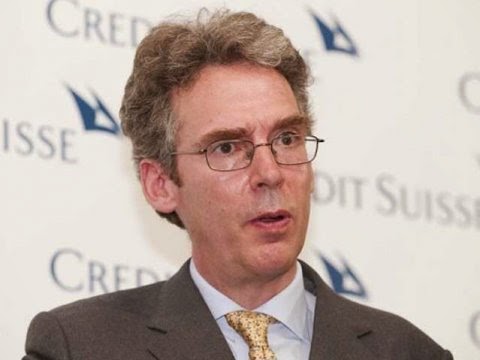 Andrew Garthwaite (above), of Credit Suisse, predicts that if Scotland votes for independence, and gets control of its vast oil wealth, there could be a ‘large-scale deposit flight’ from the Royal Bank of Scotland - or a run on savings - unless the Bank of England stepped in to guarantee bank deposits.

This of course is nonsense.

The Royal Bank of Scotland is owned by the London government and 90% of its customers are in England.

So, the Bank of England will protect the Royal bank of Scotland (and other such banks).

Credit Suisse is said to be run by crooks.

Some people mention it alongside Enron.

Credit Suisse has been convicted of a felony.

It has pleaded guilty to “conspiring to aid tax evasion” and been fined $2.6bn.

Credit Suisse has a long history of investigations, out-of-court settlements and prosecutions of executives in several countries.

Credit Suisse Is Too Big To Jail - Forbes

Are the bankers a bunch of crooks?

Rona Fairhead (above), the BBC’s chairman-elect, is being sued over her involvement in the HSBC money-laundering scandal.

Rona Fairhead chaired the bank’s ‘risk committee’ in 2012, when it was fined £1.2billion by US authorities to settle allegations that it allowed drug traffickers to launder millions of pounds.

The bank was also accused of breaching sanctions against Cuba, Iran, Libya, Burma and Zimbabwe.

The BBC's Rona Fairhead is being sued over claims HSBC laundered drugs money...