UNTOUCHABLE MEMBERS OF THE KOSHER NOSTRA?

A top UK politician has NOT been arrested or questioned in connection with sex attacks on twelve children over several decades.

Police have confirmed the politician has not been arrested or questioned about the allegations.

They refused to comment on the age of the victims when the abuse took place.

A source close to the investigation said: "These are some of the most horrific child abuse allegations you can imagine.

The top politician is a top member of the Kosher Nostra and is probably untouchable.


Another top member of the Kosher Nostra, Leon Brittan, has been questioned by police over claims he raped a teenager in 1967.

He has NOT been arrested.

Brittan was once the government minister responsible for the police and MI5.

It would appear that MI5 and its friends have been very busy.

More than 100 files on UK government child abuse have been destroyed, or are lost or missing. 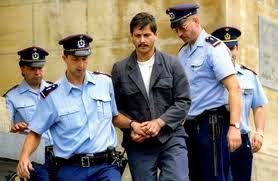 Marc Dutroux (or his double) was eventually put in jail, but all the top people got away with it.

Reportedly it is the CIA, Mossad, MI5 and their friends who run the pedophile rings and child brothels around the world.

A proper investigation of child abuse in high places would mean taking on the might of the CIA and its friends. 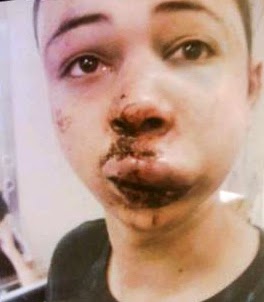 This young American teenager was badly beaten by members of the Kosher Nostra.

His cousin was burnt alive by members of the Kosher Nostra.

The Israelis are essentially gangsters from places like New York and Eastern Europe.

The Palestinians are most likely the original 'Jews'.