In recent weeks, Israel has kidnapped over 570 Palestinians and carried out a number of extrajudicial executions of Palestinians, including children.

There is a suspicion that the Israel government organised the 'kidnapping', in order to disrupt the alliance between the two main Palestinian factions Hamas and Fatah.

Just days before this 'kidnapping' of the three Israeli teens, Mossad Chief Tamir Pardo said to the Israeli cabinet: "What will you do if, in a week, three 14-year-old girls will be kidnapped from one of the settlements?"

Reportedly, the three Israeli teens were happy to get into the 'kidnap vehicle'.

The driver must have spoken Hebrew.

What complicates matters is that the Hamas faction was originally set up by Israel as a way of splitting the Palestinians, and, many of the Palestinians secretly work for Israel.

Reportedly, the bodies of the three Israeli teens were found near where they went missing.

According to an article in The Hindu:

The searing hypocrisy of the West - The Hindu

Since the teens went missing ... Israel has besieged the 4 million Palestinians who already live under its thumb, storming through towns, ransacking homes and civil institutions, conducting night raids on families, stealing property, kidnapping, injuring, and killing.

Warplanes were dispatched to bomb Gaza, again and repeatedly, destroying more homes and institutions and carrying out extrajudicial executions.

Thus far, over 570 Palestinians have been kidnapped and imprisoned, most notably a Samer Issawi, the Palestinian who went on a 266-day hunger strike in protest of a previous arbitrary detention.

At least 10 Palestinians have been killed, including at least three children, a pregnant woman, and a mentally ill man.

Hundreds have been injured, thousands terrorized.

Universities and social welfare organizations were ransacked, shut down, their computers and equipment destroyed or stolen, and both private and public documents confiscated from civil institutions... 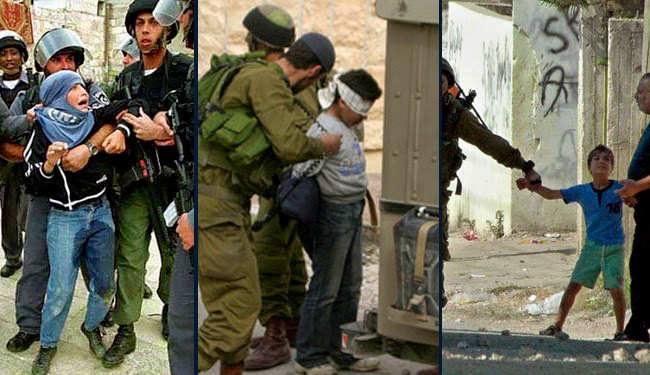 Although hundreds of Palestinian children are kidnapped, brutalized or killed by Israel, including several in the past two weeks, there is rarely, if ever, such a reaction from the world.

Just prior to the disappearance of the Israeli settler teens, the murder of two Palestinian teens was caught on a local surveillance camera.

Ample evidence, including the recovered bullets and a CNN camera filming an Israeli sharpshooter pulling the trigger at the precise moment one of the boys was shot indicated that they were killed in cold blood by Israeli soldiers.

There were no condemnations or calls for justice for these teens by world leaders or international institutions, no solidarity with their grieving parents, nor mention of the more than 250 Palestinian children, kidnapped from their beds or on their way to school, who continue to languish in Israeli jails without charge or trial, physically and psychologically tortured. 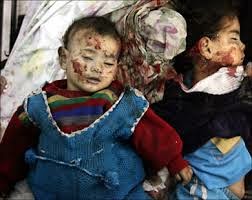 This is to say nothing of the barbaric siege of Gaza, or the decades of ongoing theft, evictions, assaults on education, confiscation of land, demolition of homes, color coded permit system, arbitrary imprisonment, restriction of movement, checkpoints, extrajudicial executions, torture, and denials at every turn squeezing Palestinians into isolated ghettos...

These Israeli teens were settlers living in illegal Jewish-only colonies that were built on land stolen by the state mostly from Palestinian owners from the village of el-Khader. A huge portion of the settlers there are Americans, mostly from New York...

Palestinian children are assaulted or murdered every day and barely do their lives register in western press...

What should we do, then? Palestine is quite literally being wiped off the map by a state that openly upholds Jewish supremacy and Jewish privilege...