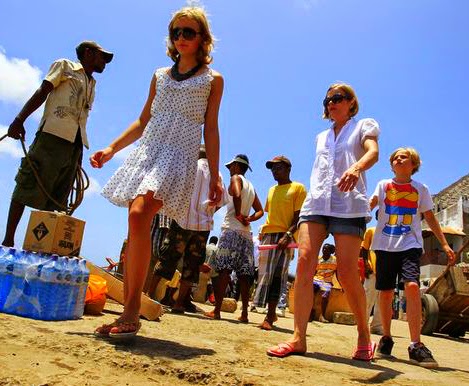 
On 17 June 2014, an attack on the Kenyan coastal town of Mpeketoni left at least 50 people dead, some of them football fans watching World Cup matches.

According to witnesses, the attack was led by a white man.

The assault in Mpeketoni is the latest in a series of gun and bomb attacks in recent months that have hurt Kenya’s tourist industry.

“We have reports that one of the attackers was a white man. Several eyewitnesses we have interviewed say they saw the white man,” said Lamu County MP Shakilla Abdalla, who spoke to The Standard on phone from Mpeketoni.

The eyewitnesses say that the white man was the one commanding the operation.

A synagogue in Kenya