"Scientists have questioned the quality of raw data released by British satellite company Inmarsat that was used to determine Malaysia Airlines flight MH370 crashed into the Indian Ocean.

"They said the information was insufficient to plot its course."

"Emirates chief Tim Clark has questioned why fighter jets did not intercept Malaysia Airlines flight 370 when it veered widely off course.

"Clark told The Australian Financial Review that the plane would have been intercepted by military aircraft if it had flown off course over other countries.

"'If you were to fly from London to Oslo and then over the North Sea you turned off and then went west to Ireland, within two minutes you’d have Tornadoes, Eurofighters, everything up around you,' he said." 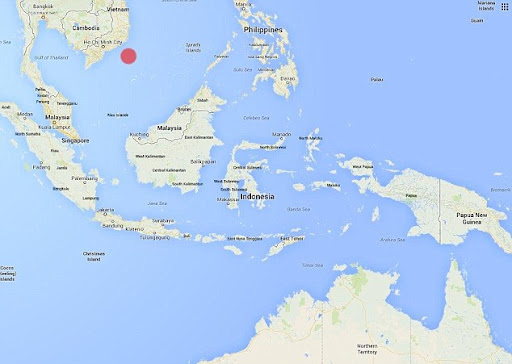 MH370 could have been shot down off the coast of Vietnam during a joint Thai-US military training exercise.

Mike McKay was working on the Songa Mercur oil rig off the coast of Vietnam.

Mike Mckay sent an email about his sighting to his employers.

The email was leaked to the media.

The email address was inundated inquiries.

'This became intolerable for them and I was removed from the rig and not invited back,' he told New Zealand's Sunday Star Times.

In his email, McKay described his exact location on the oil rig, the compass bearing of where the aircraft was in relation to the rig, the approximate distance of the plane from the rig, the current on the water surface and the wind direction.

After reading the email, Vietnamese authorities started an initial search in the South China Sea.

This search in the South China Sea was called off when the hunt for MH370 switched to the Andaman Sea and then to the southern part of the Indian Ocean.

Since then, he says, neither the Malaysian nor Australian search teams had contacted him.