IN A STATE OF UNDRESS IN THAILAND

The CIA and the rich elite seem to be deciding the future of Thailand?

Prince Maha (above) is the 61-year-old crown prince of Thailand.

Prince Maha is said to be an ally of Mr Thaksin, whose sister, Yingluck, has just been toppled as prime minister by the military.

Thaksin and his sister Yingluck, popular with the poor, but said to be corrupt?

There would appear to be a propaganda campaign against Prince Maha.

A Wikileaks (CIA) video once showed Prince Maha, and his third wife who was in a state of undress, 'at a party for Foo Foo, his poodle.'

The dog 'carried the rank of air chief marshal.'


In November 2013, the 86 year-old king signed a decree stating that all decisions by the powerful defence council could be vetoed by Prince Maha. 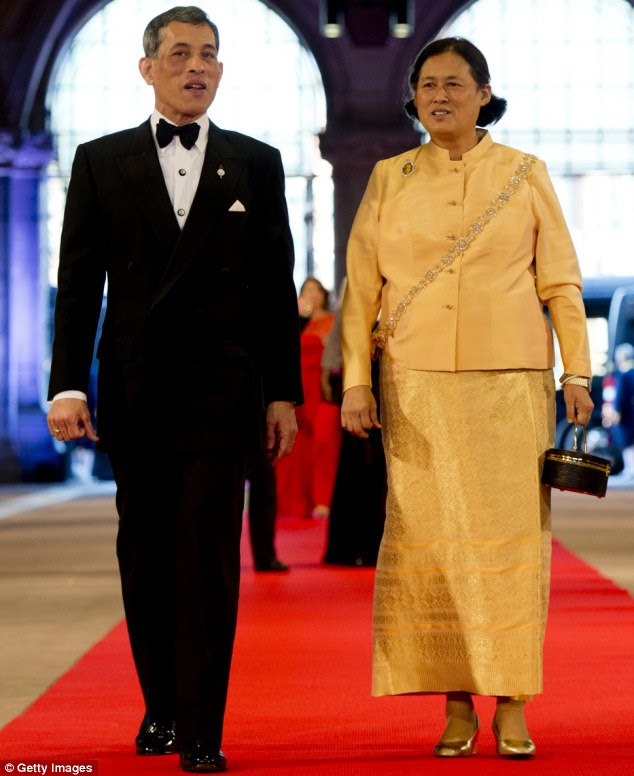 Some people (the CIA?) would prefer Prince Maha’s sister, Princess Maha Sirindhorn, as the next monarch.

Prince Maha has his own army regiment.

A sudden move by the army brings only near-term calm

Several days before Thaksin's sister was toppled, Prince Maha moved to a hotel in Hampshire in England.

The new martial law rules mean a nationwide curfew for Thais and tourists between 10pm and 5am.

If there was a free and fair election, Thaksin's sister Yingluck would most likely win and return to power.