He is suspected of being a child abuser.

In 2012, Lyashko was allegedly involved in an attempt to have two children, aged 12 and 14, transported to turkey.

In 2002, Lyashko allegedly became sexually involved with a military cadet.

Lyashko reportedly takes an interest in boarding schools, orphanages and the idea of 'adopting' children from such institutions.

Lyashko has in the past been allied to  Yulia Tymoshenko.

Videos of Vladik from the Ukraine (right) have been sold all over the world.
From 1989 to 1991, Yulia was a commercial director of the Dnipropetrovsk Youth Center "Terminal".
In early October 2009, supporters of the frontrunner in the Ukraine elections, ex-premier Viktor Yanukovich, alleged that members of Prime Minster Yulia Tymoshenko's competing party were implicated in a child abuse case at a children's summer camp in Crimea in the Ukraine.

Lazarenko
According to Vladimir Kornilov, the director of the Ukrainian Center for Eurasian Studies:
"Tymoshenko joined the business wing of Pavel Lazarenko... who ... became Ukraine's Prime Minister.
"Today it is no secret, as it is a part of the investigation materials in the multiple criminal cases of contract killings that took place in Ukraine in 1990s, that the entire business created by Tymoshenko developed exclusively due to the ‘krysha’ (or criminal patronage) provided by Pavel Lazarenko".
Ukrainian ex-PM Tymoshenko may face life in prison for 'ordering ....

Lazarenko's estate in Novato, Marin Country, California
"When her corporation Ukrainian Petroleum transformed into the United Energy Systems of Ukraine, by some strange coincidence many of her competitors started dying on a regular basis."
Ukrainian ex-PM Tymoshenko may face life in prison for 'ordering ....

Beginning in 2002, Igor Rusanov began working in collaboration with the American-influenced Christian Center for Science and Apologetics, which runs camps for children.

Christian Center for Science and Apologetics

The Christian Center for Science and Apologetics may, or may not, be a front for the CIA.
After Communism's collapse: creation in the Crimea

Crimea - and stars of Azov Films.
Sandra Waslov, from Stafford, in Virginia in the USA, was listed as Vice President of 4p5p Inc., the Canadian corporation that owned Azov-Films, FKA Baikalfilms.com, and Boyjoy.com.

According to researcher Silvija Germek, Stafford, in Virginia, is the location of one of the busiest airports for the CIA.

Sandra Waslov is the mother of Brian Way, AKA Steve, the joint owner of the Azov Films firm.

On September 3, 2012, the U.S. Embassy Office of Defense Cooperation conducted a ribbon cutting ceremony at school #14 in downtown Simferopol, Crimea. The school was recently renovated under a Humanitarian Assistance Program of the U.S. European Command.

The photographer whom Way used in the Crimea region of the Ukraine was Igor Rusanov, AKA Zverozub., from Simferopol.

Several of the boys Rusanov filmed for Azov have testified in court that Rusanov had sex with them.

Allegedly Azov Films may have links to the 'Russian Israeli mafia' which allegedly has links to the CIA and its friends.

1. The Russian Israeli mafia is run by Jews from Russia, the Ukraine and Lithuania.

Their bases include Russia and parts of the former Soviet Empire such as the Ukraine, Kosovo, Moldova, Ossetia and Poland.

2. Reportedly the Russian Israeli mafia is involved in the child sex trade, including snuff films.

4. Toronto has always been known as 'Disneyland for pedophiles'.

5. The author James Kincaid, who spoke recently in Toronto, has adorned his books with the photography of Sally Mann.

In some of her photos, "the doll-like dreamy facial expressions of her children are reminiscent of programmed mind control."

6. Barney Frank is also one of the star speakers at the University of Toronto.'

7. Allegedly, Azov Films, in the past, has been protected by the authorities.

9. There is a suggestion that Azov Films may have exploited survivors of the Beslan school siege.

aangirfan: Beslan and the CIA

10. Many of the Azov Films were made in the Ukraine.

"A woman claims her son and her daughter were sexually abused there...

"She said they were not only sexually assaulted by the camp’s employees, but were also forced to be filmed in pornographic films. According to witnesses, several politicians were involved in it..." Kids raped in famous Ukrainian recreation camp? — RT News.

11. There have been arrests in North America. 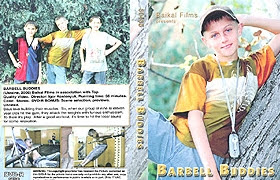 Synopsis: "Boys love building their muscles. So, when our group of nine-to-eleven-year-old boys hit the gym, they attack the weights with furious enthusiasm. After a good workout, it's time to hit the local sauna for some relaxation."

12. Azov Films were made mainly in the Crimea but also in other countries including the USA, the Netherlands, Portugal, France, Spain, Moldova, Poland, Australia, Paraguay, Romania, and Germany.

1 History of the company

13. It has been noted that Vladik, the main child star in Azov films, makes numerous satanic hand signs.

(Satanism is used by the security services such as the CIA when they carry out mind-control to produce sex slaves for the elite.)

Reportedly, Azov Films contain the type of symbolism used by the CIA in MK ULTRA brainwashing.

DISCLAIMER: THE POSTING OF STORIES, COMMENTARIES, REPORTS, DOCUMENTS AND LINKS (EMBEDDED OR OTHERWISE) ON THIS SITE DOES NOT IN ANY WAY, SHAPE OR FORM, IMPLIED OR OTHERWISE, NECESSARILY EXPRESS OR SUGGEST ENDORSEMENT OR SUPPORT OF ANY OF SUCH POSTED MATERIAL OR PARTS THEREIN.
Posted by Anon at 23:02