Michael Egan (above) is working with Oscar-nominated filmmaker Amy Berg on a documentary film about Hollywood's pedophile rings.

Michael Egan says that as a teenager he was raped by X Men director Bryan Singer.

Reportedly Berg's film company, Disarming Films, is working with numerous people who were abused as children.

In 1997, a 14-year-old extra from Apt Pupil accused Singer and others of forcing him and two other underage boys to get naked during a shower scene.

Brad renfro was aged 11 when he appeared in The Client, a film based on the bestselling John Grisham novel, and one of the top-grossing films of 1994.

Hollywood pedophile rings are said to be linked to the CIA and its friends.

In his book Company Man, the CIA's John Rizzo wrote: "the CIA has long had a special relationship with... Hollywood movers and shakers: studio executives, producers, directors and big-name actors.

In 1996 William Colby went on a canoe trip in Maryland.

Colby may have known too much about child sex abuse scandals.

John DeCamp, who had once worked for Colby, investigated the Franklin child sex abuse case.

Shortly before Colby died, Colby warned DeCamp to give up the case.

However, 'with the blessing of Colby', DeCamp wrote a book about the case: The Franklin Cover Up." 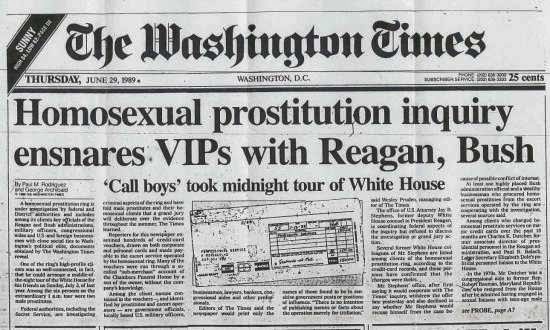 Reportedly: Many of the children described satanic rituals that they were forced to attend, some of which involved sacrificing infants and young children.

They told of being flown to locations around the country...

At least one of King’s young prostitutes reported that at one party, she saw George Bush pay King and then depart with a young black man... At least two of (King's) victims have been wrongly imprisoned for refusing to recant their testimony.
Posted by Anon at 13:24