Apparently the British government sometimes kills off its own agents. Consider the case of Catesby, Percy and Tresham.

In 1604, Robert Catesby, an agent of the British government, was involved in the planning of the Gunpowder plot, a scheme to pretend to blow up the British parliament on the 5th November 1605 and kill King James.

At a meeting at the Duck and Drake Inn, Catesby explained his plan to Guy Fawkes, Thomas Percy, an agent of the British government, John Wright and Thomas Wintour. All of them agreed to join the plot.

Confession made under torture?

It was widely rumoured that Francis Tresham was poisoned while being held captive in the Tower of london.

In his book The Gunpowder Plot: The Narrative of Oswald Tessimond, Francis Edwards claims that Francis Tresham escaped from the Tower of London, probably with the help of the Government, went abroad, and changed his name to Matthew Bruninge.

R. Crampton, in the book The Gunpowder Plot (1990) explained:

"If Guy Fawkes case came up before the Court of Appeal today, the... judges would surely... acquit him... First no one has ever seen the attempted tunnel. Builders excavating the area in 1823 found neither a tunnel nor any rubble. Second, the gunpowder. In 1605, the Government had a monopoly on its manufacture... The Government did not display the gunpowder and nobody saw it in the cellars. Third, these cellars were rented by the government to a known Catholic agitator... Fourth, the Tresham letter. Graphologists (handwriting experts) agree that it was not written by Francis Tresham."
~~~~~~~~~~~~~~~~~~~~~~~~~~~~~~~~~~~~~~~~~~~~~~~ 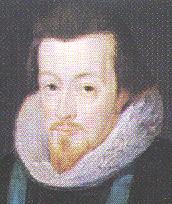 Robert Cecil, 1st Earl of Salisbury, was the Protestant brains behind the Gunpowder Plot.
(He is said to have Jewish heritage) 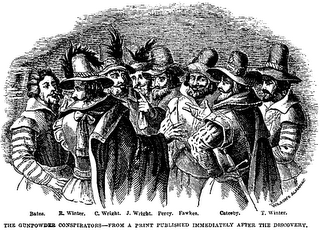 Was the Gunpowder plot an inside-job? Cecil was the King's chief minister. Catesby was one of the 'terrorists'.

On his death-bed, there were statements by Robert Catesby's servant that Cecil and Catesby, one of the main Gunpowder Plotters, met on three separate occasions in the period leading up to the events of the night of 5 November 1605.

Many historians believe that:

1. James I's Protestant spymaster, Robert Cecil, was the brains behind the Gunpowder Plot.

2. Some of the Gunpowder plotters were working for Cecil.

The story goes that Cecil manufactured the plot in an attempt to discredit the Catholic cause.

In the climate of fear following the Gunpowder Plot, Cecil and his supporters were able to pass more anti-Catholic laws and to make more money from fines on Catholics.

Cecil was in a position to destroy Catholic rivals, such as the Earl of Northumberland, and had an opportunity to seize Catholic lands.

The official story of the gunpowder plot does not make sense.

The 'confessions' were obtained under torture.

Why would the Catholic plotters have wanted to blow up parliament when it housed not only Protestants but also all the country's leading Catholics?

Elizabeth, James' protestant daughter, was was due to take over, if the plotters succeeded. Why would the Catholic plotters want Elizabeth on the throne?

The government had a monopoly on gunpowder and it was stored in places like the Tower of London. How did the conspirators get hold of 36 barrels of gunpowder without drawing attention to themselves?

How was the gunpowder moved across London from the Tower of London to Westminster (at least two miles distant) without anyone seeing it?

The River Thames would not have been used as it could have lead to the gunpowder becoming damp and useless. Thirty six barrels would have been a sizeable quantity to move without causing suspicion.

Why were men who were known to be Catholics allowed to rent out a house so near to the Houses of Parliament?

How did they move 36 barrels from that house to the cellar of the Houses of Parliament without anyone noticing?

Why, for the first time in history, was there a search of Parliament's cellars that conveniently found Guy Fawkes.

Why was the soldier who killed Catesby and Percy at Holbeech House in the Midlands, given such a large pension for life (10p a day for life) when their arrest and torture was more desirable so that the names of any other conspirators might be found out?

The classic false flag operation was aimed against the Irish and took place in the 1880s during the reign of Britain's Queen Victoria.

The British government devised a false flag operation to discredit the Irish nationalists, including their leader in Parliament Charles Stewart Parnell.

During the 1860s and 1870s, there were 'terrorist' Irish-American groups. One such group was the Fenian Brotherhood, Clan na Gael, an Irish-American secret society.

(1) to use a double-agent Francis Millen to organise a 'plot' to blow up Westminster Abbey, thus killing Queen Victoria and half the British cabinet.

The Jubilee plot employed two Irish-American patsies, Thomas Callan and Michael Harkins. They were none too bright and missed their boat from New York to Liverpool. They arrived on the morning of the Jubilee, too late to reach Westminster Abbey.

After the plot had been revealed, the two Americans were arrested and sentenced to long periods in prison for conspiracy to commit terrorist acts. Francis Millen mysteriously managed to escape to New York.

Francis Millen's employment by the British secret service had been approved by Lord Salisbury, the Prime Minister. Salisbury's red ink 'S' is written on the documents.

Millen was offered £10,000 to return to Britain to act as a whistleblower. Shortly afterwards he was found dead in New York.