Part 1 Consciousness is similar to physical strength and intellect in many ways. It varies greatly from individual to individual.
The vast majority of people neither realise or question their consciousness in any meaningful sense. Self inquiry rarely breaches the surface of their conscious reality. The humans are kept in the dark as to their true potential and purpose. Transacting in a low vibrational plane of banal conditioning.
The first stage of the human consciousness deception, starts with the big 'I Am'. A collection, a manifestation of thoughts that anchors itself in the subconsciousness. The ego has now begun.
A process of self reinforced doctrine given to oneself over time and a construct of false narratives by parents, teachers, influencers and the media help shape the consciousness of deception.
Consciousness can be heightened and elevated through practice, teachings and beliefs.
The abilities to see a version of reality on a higher plane is attainable to all who are willing to make the effort.
Like the guy at the gym or the academic at university, building muscles and learning, the same can be done with consciousness.
The ego is the 'brickwall' to the higher self.
Deception, lies and fear are the fuels that power the low vibrational plane. The antidote, the cure is free to all.
Therefore, what is consciousness, who is that spectral monologue talking too or talking with? Why is all the noise in one's head constant? Is the 'I Am' actually you?
Self inquiry will strip away some of the damage done. However, only honesty and candour will do the rest. That said, no amount of self inquiry, meditation or soul searching can unlock the mystery of consciousness without the key component.
God Consciousness.
Without this, you will be stuck in the lower levels of the mind. Many faiths describe the lower self or ego and its subtle body. In Islam it is described as the lower nafs. Nafs is an Arabic word occurring in the Quran, literally meaning "self", and has been translated as 'psyche' or 'ego'. The term is cognate with the Hebrew word nephesh. In the Quran, the word nafs is used in both the individualistic sense, (Sura Al Baqarah, {The Cow}, verse 2:48) and collective sense (Sura Al Nisa {The Women} verse 4:1), indicating that although humanity is united in possessing the positive qualities of a nafs, they are individually responsible for exercising the agencies of "free will" that it provides them. Hail the 'ego'. 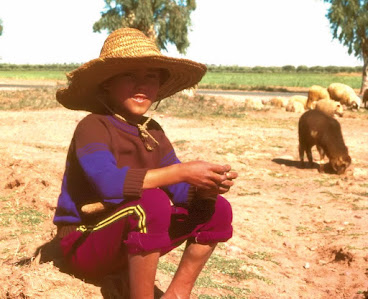 Part 2 For some, religion can be pervasive and obstructive to higher consciousness. A powerful tool that is useless in the wrong hands. Dogmatic intransigence will latch onto the ego like an electromagnet.
The consciousness of 'being', the human 'be-ing' is an existential reality of thoughts, actions, intentions and speech. It is only possible to live in the 'here and now'.
In some ways, there is no past, no future - only a present.
The past being a collective. Pictures of the once 'here and now'.
The future, a version of reality shaped by thoughts, actions and intentions. BE-ING.
When the Creator decides something, it is decreed. "Be". And it is......... Quran, Sura Al Baqarah, 2:117– He is the One who has originated the heavens and the earth, and when He wills to (originate) a thing, He only says to it: 'Be', and it becomes. ... Sura Al An'am 6:73 – And He is the One who has created the heavens and the earth (in accordance with His decreed celestial order based) on truth.
'Be' as a verb means to exist and the suffix 'Ing', can be used to form derivative nouns (originally masculine) within the sense "son of" or "belonging to", used patronymically or diminutivally. Thus, a human being, existential, conscious and alive. The word 'being' , therefore is (for some), a clue to the origins of mankind.
Despite the cult of science, no amount of scientific inquiry has ever produced any peer reviewed material to describe consciousness. I wonder why!
Consciousness is both individual and collective.
Free will and individual consciousness will allow our collection of thoughts, ideas and intentions to become our manifest reality.
The individual can practice truth and honesty as part of a process to deconstruct the ego.
Selflessness helps to reach higher planes of existence. A small example being charity. Truth, honesty, charity. Anything else? Prayer or meditation, diet, exercise. A way of life. It is said the truth and honesty have a higher vibrational frequency than lies, fear and deceit.
The ego, and the lower self can trap mankind. 'Truth sets you free'. Many have heard that mantra - yes? A higher frequency resonates from truth. The lower self and bottom rung of the ladder also relies on materialism, greed, slothfulness, desire, jealousy.
Throw a log on the fire. You get heat. Likewise, the higher consciousness devours virtues. Who'd have thought?
Further up the plane of consciousness is the state of 'Christ Consciousness'.
This is not a domain for the Christians as the name suggests. It's the higher state of consciousness for all mankind - it is not an exclusive club as such.
The 3rd state is possible when you become aware of your awareness. The light of the soul. Selflessness, higher consciousness, finally a stage of consciousness attained only for strict adherents, of the God Conscious. An unbreakable bond with the All Mighty, The Most High. (Note, I didn't say religious).
Every day is a day to think of The Creator and remember him too. Quran, Sura Al Baqaarah 2:152) So remember Me and I shall remember you; give thanks to Me and do not be ungrateful to Me for My favours. 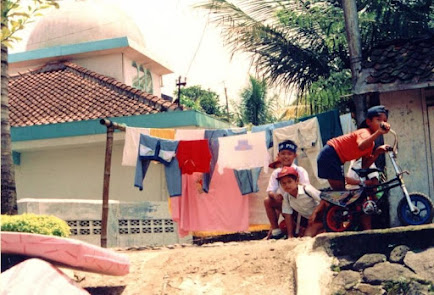 Part 3 Our world, the 3 dimentional plane of existence, the geometric X, Y, Z axis of physical manifestation is, in essence the 3rd dimension.
Our 3D reality. Where next for consciousness. The higher dimensions? The world is a paradigm of contradictions, dualistic reality for the many. Up, down. Left, right. Fast, slow. Black, white. Hard, soft. Odd, even. Male, female. Old, young. You get the idea.
Beyond this world of pluralised opposites, lies a plane of existence of non-dualism. Reality and consciousness with the boundaries removed.
Non-dualism, Tawheed (oneness). The 'All-in-all'. The monotheistic, oneness, the interconnectedness of all things. The supreme sovereignty of God.
A leaf on a tree becomes potential energy, water becomes kinetic energy, the human body with 11 complex systems pressed into a waterproof membrane becomes an organic vehicle for the soul.
Your DNA a genetic code - a programme (if you will). Chemistry, phi-sics (1.618), biology, mathematics (1 + square root of 5 divided by 2) and its divine portions, senses, consciousness, free will all rolled into one 'be-ing'.
When the 'penny drops' the consciousness will rise commensurately. The awakening happens.
The human being who has been deprived of his true reckoning.
Now starts to become aware of his awareness.
The first stage is complete. The consciousness cannot be held back anymore. The unseen will be visible for miles around. All of existence being hewn from the Platonic solids. Geometric brickwork of divine proportions. The ancients knew all about the Platonic solids.
An esoteric knowledge lost through time to Darwinian Doughballs and their fraudulent, evidenceless theory based on nothing. A false dichotomy of epic proportions has now arisen.
Do I choose A: Darwin, a Freemason and Satanist with his theory, or; B: Evidence based science and the complexity of nature, its symbiosis and hierarchy. Hmmmmm. As a creat-ure and creat-ion of the almighty, my consciousness and thus reality often questions why people believe they were a fish then turned into some kind of monkey (yeah ape, whatever).
Back to my earlier point of consciousness. Zero chance of any higher level existence for people (blindly) believing in such unscientific tripe. Once a fish, always a fish.
Finally, it should be noted that the same multi-generation, state sponsored apparatus that have shaped our existence, reality and altered consciousness are the same entities that have currently taken us all hostage, creating untold misery in the process during the Scamdemic.
Should we trust proven liars to tell us how we got here or do we experience a collective consciousness that awakens mankind - finally.
Merry Christmas to Aangirfan, all who choose a better future with truth. Peace to the humans.