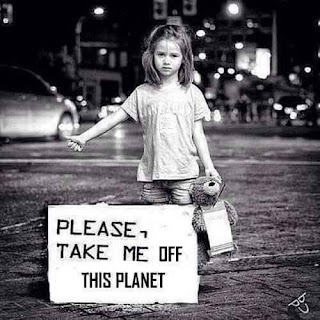 "The whole Christian world believed in Reincarnation until the 6th Century."

"When each person overcomes all the possibilities for evil in creation, and becomes the embodiment of this love Paul talked about, he or she will be perfect, and will incarnate no more."

Evidence for Reincarnation in the Bible - Mark Mason

"But I tell you, Elijah has already come, and they did not recognize him…" Then the disciples understood that he was talking to them about John the Baptist.
(Matt 17:12-13) 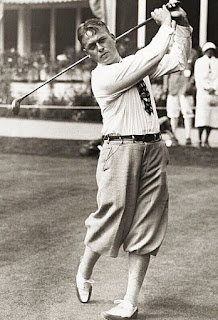 "Hunter, an American boy, was given a set of plastic golf clubs for his second birthday.

"He loved the clubs and played with them nonstop.

"A few months after his birthday, he was watching television with his parents when his father skipped through the cable channels, passing the Golf Channel.

"Neither of Hunter’s parents played golf, and his father had not even known the Golf Channel was included in their cable subscription.

"Once Hunter saw it, though, he asked his father to return there.

"From then on, it is the only programming he wanted to watch. 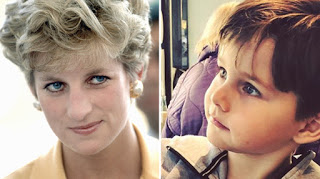 "One day, when he was still two, Hunter saw a piece about 1920s American golfing superstar Bobby Jones, and told his parents that he had been Bobby Jones when he ‘was big’.

"He repeated this often, and when someone asked his name, he would say ‘Bobby Jones’.

"He began to insist on being called ‘Bobby’ and would correct people who called him Hunter. 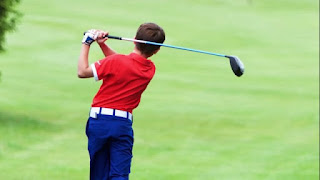 "His father decided to test him by showing him a set of six pictures of golfers from the 1920s.

"Hunter correctly picked out Bobby Jones, saying ‘This is me’.

"He identified other golfers by name.

"Hunter’s father then printed pictures of houses off the Internet, including Bobby Jones’ house, and Hunter recognized that, also.

"When he practiced at the beach, he called it the ‘sand trap’.

"For Christmas that year, his parents gave him a set of real golf clubs, and enrolled him in lessons at a golf club.

"The usual starting age for children was five, but when the staff saw his swing, they accepted him before he had turned three. 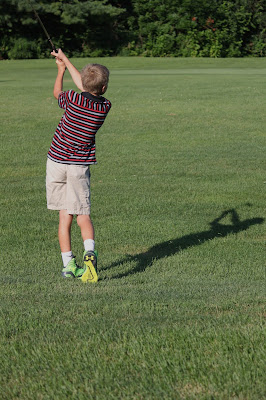 "His instructor called him a golf prodigy. Older golfers said that his front leg move reminded them of Bobby Jones’ swing.

"Hunter's favorite real course was at the Augusta National Golf Club, which Jones had founded and helped design.

"When Hunter was three and a half, he started taking lessons from a professional golfer.

"As he became older, he entered junior golf tournaments. 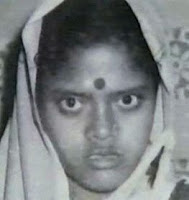 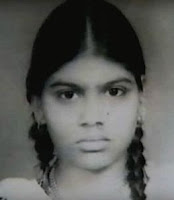 "This highly unusual case was investigated by multiple researchers, and has been interpreted variously as one of reincarnation or possession, or both."
Shiva-Sumitra.
SPIRIT POSSESSION - LUCY COTTIER, SUMITRA, SHIVA, ... .. 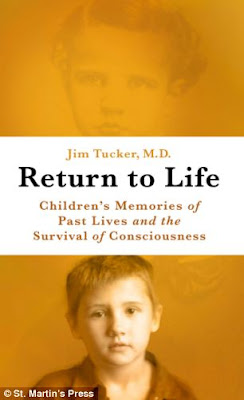 "It’s conceivable that in some way consciousness could be expressed in a new life," Dr Jim Tucker says.

Professor Tucker is the author of Life Before Life: A Scientific Investigation of Children’s Memories of Previous Lives, which covers 40 years of reincarnation research.[3]

Tucker worked on this research with Ian Stevenson before taking over upon Stevenson’s retirement in 2002.[4][5][6]

Though raised as a Southern Baptist, Tucker does not subscribe to any particular religion, and claims to be skeptical about reincarnation,[7] but sees it as providing the best explanation for phenomena associated with the strongest cases investigated to date.[8]

Tucker reports that in about 70% of the cases of children claiming to remember past lives, the deceased died from an unnatural cause.

This suggests that traumatic death may be linked to the hypothesized survival of personality.

He further indicates that the time between death and apparent rebirth is, on average, 16 months.

He says that unusual birthmarks might match fatal wounds suffered by the deceased.[22]

Tucker has developed the Strength Of Case Scale, which evaluates what Tucker sees as four aspects of potential cases of reincarnation;[23][24]

(1) Whether or not it involves birthmarks/defects that correspond to the supposed previous life.

(2) The strength of the statements about the previous life.

(3) The relevant behaviours as they relate to the previous life.

(4) An evaluation of the possibility of a connection between the child reporting a previous life and the supposed previous life. [25]

Tucker suggests that Quantum Physics may explain how memories and emotions could carry over from one life to another.[8][9]

He argues that consciousness may be a separate non-physical entity in the universe and that it survives death.

In 2006, Tucker investigated the case of Cameron Macaulay.

Tucker interviewed the six-year-old and his mother Norma about Cameron’s reported recollections of life on the isle of Barra in the Outer Hebrides, around 200 miles from the family’s home in Glasgow.

Tucker then accompanied the family as they traveled to Barra in an attempt to verify Cameron’s statements about life on the island. Cameron's descriptions of his previous family home were wholly accurate; while the family name of "Robertson" also rang true.[16]

Tucker studied the case of Gus Taylor from the American Midwest, who reportedly claimed from around the age of 18-months to be his own grandfather returned to the family.

Tucker finds that children reveal their past life at an extremely young age - at usually two or three.

One of the people studied by professor Tucker is five-year-old Ryan is from Oklahoma.

Ryan remembers being Marty Martin, a top Hollywood agent who died in 1964.

Ryan saw a picture in one of his mother's library books.

The picture showed George Raft and a group of men.

Ryan said: 'Hey Mama, that's George. We did a picture together."

Ryan looked at the man next to George Raft and said: "Mama, that guy's me. I found me.'

The man in the photo was in an uncredited cameo role.

An archival footage consultant eventually discovered that the man in the photo was Hollywood agent Marty Martin.

Ryan was taken to meet 'his daughter', Marty Martin's daughter..

Marty Martin's daughter confirmed that over fifty of Ryan's stories about her father were accurate.

These included Ryans accounts of her father's wealth, love of dancing, sunbathing and friendship with the top people of Hollywood.

James Leininger and his parents

Professor Tucker has studied the case of James Leininger.

James Leininger was very young when he became interested in fighter aircraft.

James told his parents that he was a pilot during World War II, he flew off a carrier called the USS Natoma Bay, his name was James and he died when the Japanese shot down his plane.

'Mama, before I was born, I was a pilot, and my airplane got shot in the engine and it crashed in the water and that's how I died.'

When James was two-and-a-half he came across a book on the 1945 Battle for Iwo Jima.

Looking at a picture of Mount Suribachi, James said, 'That's where my plane was shot down. My airplane got shot down there daddy.'

During a nightmare James shouted, 'Airplane crash on fire! Little man can't get out!'

Little James's father attended a reunion for USS Natoma Bay veterans and discovered that the only pilot killed during the Iwo Jima operation was a 21-year-old from Pennsylvania called James Huston.

Little James's father was told by James that his past-life father was an alcoholic.

James Huston's sister Anne confirmed that when when James Huston was 13, his drunken father was put in hospital for six weeks.

There he was stopped in the hallway of the hotel by Bob Greenwalt, a Natoma Bay veteran.

Little James told his parents that before he was born he had seen them eating dinner in Hawaii on Waikiki Beach.

He said he then knew that they were the right parents for him.

Little James's parents do not know how how Little james knew about Hawaii trip.

Professor Tucker studied three-year-old Lee, who believed that he was Sidney Coe Howard, the screenwriter of Gone With The Wind.

Lee, from a small Midwestern town, told his parents that he had worked on movies.

When Gone With The Wind was mentioned, Lee said: 'Yes, that was my movie. I wrote that movie'.

Lee would speak about his home in Hollywood and about tractors.