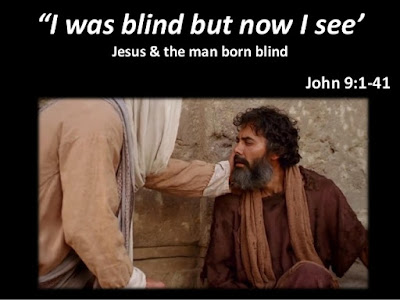 The Most Important and Stunning Quantum Experiments of 2019.

1. A team of physicists designed an experiment which shows how two scientists, doing the same quantum experiment, can experience different realities.

In the world of atoms and particles, two different observers "are entitled to their own facts."

Jesus healed a blind man. "This happened so that the divine might be displayed in him," said Jesus.

2. For the first time, physicists made a photograph of the phenomenon in which two particles remain physically linked despite being separated across distances.

You start thinking of your great aunt in faraway Australia. Almost immediately she phones you.

3. Quantum superposition enables a single object to be in two (or more) places at once, a consequence of matter existing as both particles and waves.

I knew a woman who, while asleep, would 'travel to a distant island, to chat to her relatives who lived there there'.

4. In a 2019 experiment, physicists took advantage of the fact that at the quantum scale, vacuums are full of tiny, random fluctuations that pop into and out of existence.

At a small enough scale, the researchers found, heat can cross a vacuum by jumping from one fluctuation to the next across the apparently empty space.

5.  Researchers working with quantum gravity showed that under certain circumstances an event might cause an effect that occurred earlier in time.

Put a very heavy object (like a big planet) in a state of quantum superposition, the researchers wrote, and you can design scenarios where cause and effect take place in the 'wrong' order.

6. Physicists have long known about "quantum tunneling," in which particles seem to pass through seemingly impassable barriers.

This is because quantum physics says that particles are also waves, and waves can pass through barriers.

7. Time's supposed to move in only one direction.

But scientists think they can return every ripple of a wave to the particle that created it.

Read more about reversing time's arrow.
Posted by Anon at 03:24