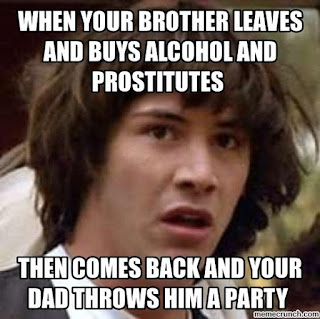 Instead of working together for the greater good, some people have been selfish, or have been locked in a power struggle?

A father has two sons.

"The younger son asks the father for his inheritance, and the father grants his son's request.

"However, the younger son is prodigal (wasteful and extravagant) and squanders his fortune, eventually becoming destitute.

"The younger son is forced to return home empty-handed and intends to beg his father to accept him back as a servant. 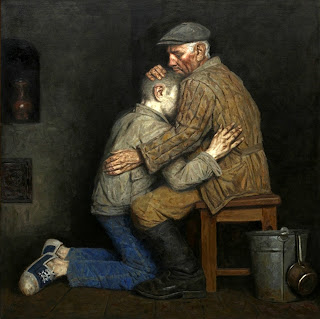 "To the son's surprise, he is not scorned by his father but is welcomed back with celebration and fanfare.

"Meanwhile the older brother who had remained loyal all this time arrives home from working in the field to see this new state of affairs and becomes angry.

"When his father tries to convince him to join the feast he retorts:

"‘Listen! For all these years I have been working like a slave for you, and I have never disobeyed your command; yet you have never given me even a young goat so that I might celebrate with my friends. But when this son of yours came back, who has devoured your property with prostitutes, you killed the fatted calf for him!’."

Instead of working together for the greater good, some people have been selfish, or have been locked in a power struggle?
Posted by Anon at 02:30