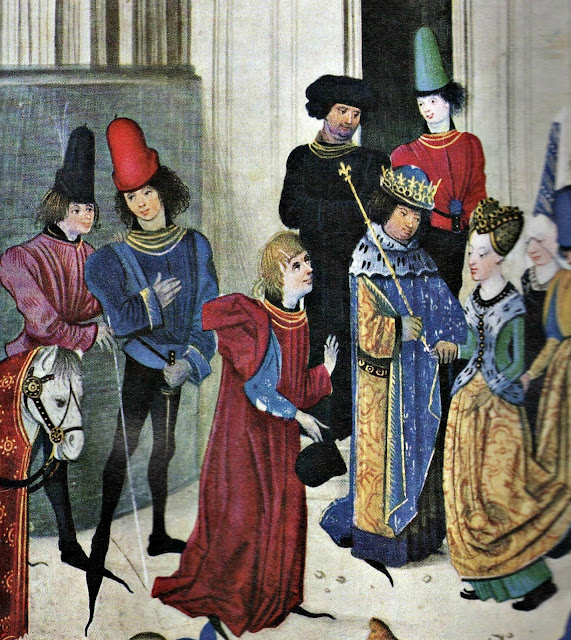 The past is sometimes a guide to the present.

At the age of 15, Elisabeth of Bavaria was sent to France.

On arrival, she was told that, within a few days, she was to marry the 17-year-old King Charles VI of France.

The 15-year-old Elizabeth became the Queen of France, as part of a political deal.

When Charles VI came to the throne, "certain of the nobles ... proposed that the expulsion of the Jews be demanded..."

There were attacks on Jews.

In 1394, Charles VI declared that all Jews were to be expelled from France.

There were rumours that he was being poisoned.

This led to a civil war between the King's brother, Louis of Orleans, and the Dukes of Burgundy, who were also related to the King.

When Elizabeth sided with Louis, she was accused of adultery with Louis.

When Elizabeth sided with the Dukes of Burgundy, she was put in prison.

Louis of Orleans was assassinated by John, Duke of Burgundy.

Elizabeth then signed the Treaty of Troyes, which decided that the English king should inherit the French crown after the death of her husband, Charles VI.

The treaty was undermined by the deaths of both France's Charles VI and England's King Henry V within two months of each other in 1422.

France is a Christian country.