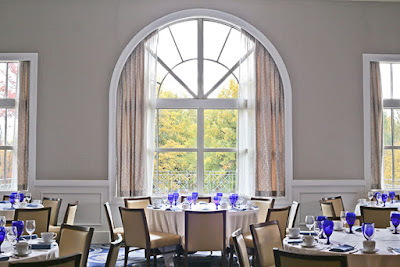 I am having lunch with Henry Kissinger, at the Westfields Marriott hotel, in Chantilly in Virginia.

Henry is here for the June 2017 meeting of Bilderberg.

I ask Henry what he thinks of Donald Trump.

"Well, he is a German Jew, like myself," explains Henry. "He and I used to enjoy Roy Cohn's parties."

I ask Henry what he thinks about the German Nazis.

"I worked with the American intelligence people who brought a lot of German Nazis over to the USA at the end of World War II," says Henry. "We should  not think of all the Nazi ideas as being bad."

Henry Kissinger with Fritz Kraemer. In 1944 Kraemer discovered the young Henry Kissinger who joined his division in the US military. Kraemer may or may not have had links to Hitler. ASCII text.

When Henry has finished his prawns, I raise the subject of Bilderberg.

"You know," says Henry, "that the creator and chairman of  Bilderberg was Prince Bernhard of the Netherlands, who was a card carrying member of Hitler's SS."

So, who controls Bilderberg?

"Bilderberg," says Henry, "can be seen as being made up of assets of the CIA."

And who controls the CIA?


"Well," says Henry, "you need to understand that at the top of the pyramid of power you have a mixture of people - let's call them the Kosher Nostra - and they may find it useful to work with the KGB, the Islamist militias, the CIA, various Mafias, and so on."

Henry Kissinger served as a top aid to Rockefeller, and reportedly played a major role in covering up Rockefeller's links to Hitler's Nazis.

What does Henry mean by the 'Kosher Nostra'?

"You can't expect me to mention Rockefeller," says Henry grinning. "Or Rothschild, Loeb Warburg, Schiff and those other GERMANS WHO RULE THE WORLD."

I remind Henry about Victor Louis, a top KGB agent.

As Henry chews his beef, I remind him about recent events in Manchester.

What was the purpose of the Manchester Arena attack?

"It weakens the UK," explains Henry. "Just think of all those companies like BP which are waiting to be taken over."


..
Kissinger has been accused of being a gay child abuser. At 4.52 minutes.

Henry finishes his beef and attacks the pear Crumble.

Does Henry worry about being called a war criminal?

"It is survival of the fittest," advises Henry.

What about Leo Strauss, the gay, German, Jewish fascist?

Henry explains that "Strauss believed that those who are fit to rule are those who realize there is no morality.

"And that there is only one natural right - the right of the superior to rule over the inferior.

"Strauss believed that rulers need to go in for perpetual deception.

Monica Byrne  ✔@monicabyrne13
But here it is: word is, for many years, Melania's been having an affair with the head of security at Tiffany's in the Trump Tower lobby.