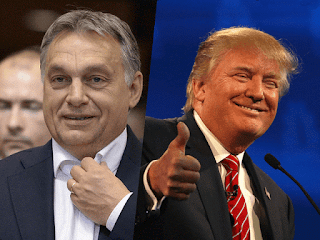 Donald Trump and Viktor Orban are in love with each other.

He is the present leader of the national conservative Fidesz party.

In 1989, Viktor Orbán received a scholarship from the Soros Foundation to study political science at Pembroke College, Oxford. [7] 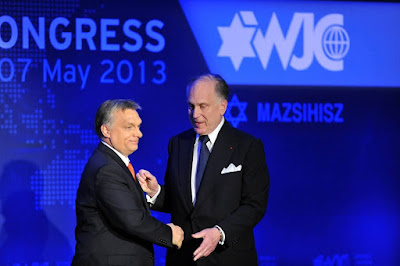 Csanád Szegedi, as deputy head of the Jobbik party, was a top right-wing extremist in Hungary.

He currently eats kosher, is learning Hebrew and goes to the Synagogue every Friday.

In 2007, Csanad Szegedi, founded the Hungarian Guard, whose black uniforms and striped flags recall the Arrow Cross, a pro-Nazi party. 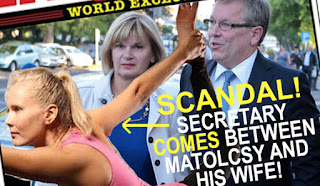 György Matolcsy is the current governor of the Hungarian National Bank.

Since Viktor Urban chose Matolcsy to run the National Bank of Hungary, Matolcsy "has funneled the equivalent of almost $1 billion to friends and family." 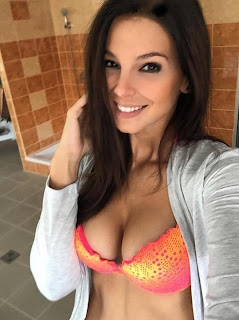 A married Donald Trump reportedly invited a Hungarian beauty queen, Kata Sarka (above), to his hotel room after attending the 2013 Miss Universe pageant in Moscow.

On 1 February 2017, a Miami-Dade jury found two men from Hungary guilty of luring young gay males to the United States and putting them in a sex slave ring, the Miami Herald reports.

Gabor Acs and Viktor Berki were convicted of human trafficking, conspiracy and racketeering.

The victims were gay men forced into a prostitution ring for several months in New York and Miami.

Admiral Miklos Horthy was Hungary's leader between 1920 and 1944.

Horthy passed a series of anti-Jewish laws and brought Germany into the war on the side of Hitler.

Anti-Semitism in Hungary: United against Jobbik | The Economist

Hortha said: "I have considered it intolerable that here in Hungary everything, every factory, bank, large fortune, business, theater, press, commerce, etc. should be in Jewish hands, and that the Jew should be the image reflected of Hungary, especially abroad."

"When 400,000 hungarians protested some time ago in the streets of Budapest against foreign meddling with Hungarian state finances, this event was completely ignored by the western MSM..

"Jobbik looks like a racist party, but there is evidence, that this party was and probably still is manipulated by Jewish agent provocateurs..