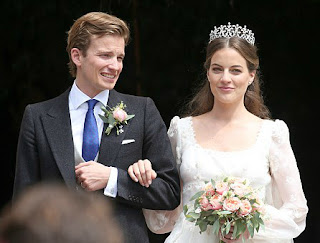 Prince Harry hunted wild boar, deer and 'just about anything you could point a gun at'. 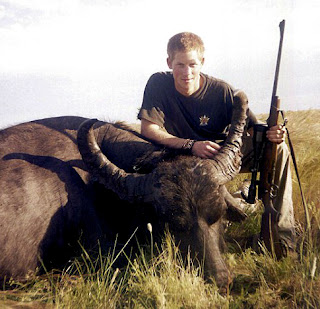 Harry was witness to war crime 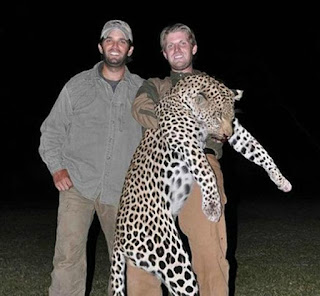 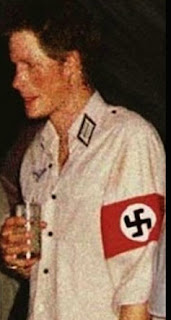 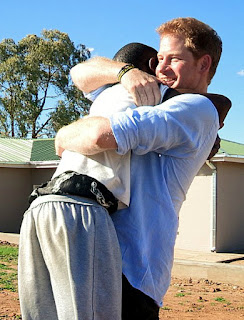 Above, we see Prince Harry. 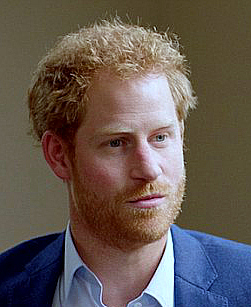 1. Charities sometimes pay their executives huge salaries; charities sometimes act as fronts for the security services; charities often fail to do very much for the people they are supposed to be helping.
2. Prince Harry set up a charity called Sentebale to help orphans in Lesotho.
3. Sentebale's director in Lesotho is former UK National Health Service executive Harper Brown.
Brown's salary and benefits package is worth between £90,000 and £100,000 a year.

"An education allowance helps the Browns send their three sons to exclusive private schools." (Prince Harry raises £1.5m to help AIDS orphans, but where has the money gone?)

"Staff say it remains desperately short of medication and vitamins, of pots and pans, bowls for food and warm clothes. It needs urgent roof repairs

"Harry's special friend at the home is Mutsu Potsane, who was four years old when he ran up to the Prince during that first visit in 2004, held his hand and refused to let go." - Prince Harry raises £1.5m to help AIDS orphans, but where has the money gone? 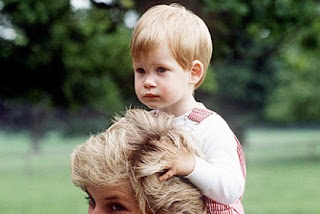 "The Diana, Princess of Wales Memorial Fund spends £13.14 of every £1,000 of income on its chief executive, Andrew Purkis."

- Slugger O'Toole: Charity is big business
"MI6 uses use Oxfam (Oxford Famine Relief), which is one of England’s most powerful and secretive intelligence organizations."

The drinks were courtesy of billionaire Steve Wynn, who owns the Wynn hotel.

According to a police report:

"The strong inference that can be drawn from the new intelligence is that Stephen Wynn... has been operating under the aegis of the Genovese family since he first went to Las Vegas in the 1960s to become a stockholder in the New Frontier Casino.

"It must be said that some of the data supporting this view, taken on its own, is not conclusive. However, the connections are so numerous and significant that it would be impossible to accept coincidence as a reasonable explanation.

"It has been alleged by a confidential informant that Wynn's late father, Michael Wynn formerly Weinberg, ran his bingo parlour in Maryland under the auspices of Anthony 'Fat Tony' Selerno, then a member and now one of the ruling triumvirate of the Genovese family."

- Detective Chief Inspector Sparks and Detective Constable Summers of the Criminal Investigation Department of New Scotland Yard in a September 9, 1983 Special Report to their Superintendent regarding the fitness of Steve Wynn for a license to operate a proposed casino in Great Britain. On February 25, 2004, Kenny Wynn, brother of Stephen, was served with a search warrant at his home in connection with a child pornography investigation. Recently, Tom Inskip, best friend of Prince Harry, was driving along the freeway in California in a convertible sports car.

He was stark naked

Tom Inskip works in the City.

His father, Owen Inskip, made a fortune from various businesses, "including ‘managing’ thousands of council homes for local authorities..."

Tom Inskip is believed to have been in the group that accompanied Harry to Las Vegas late in 2011 after a week of military training in California.

The group spent three days partying and gambling in Vegas. 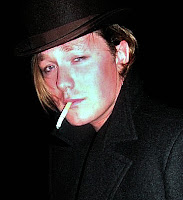 Another close friend of Prince harry is Arthur Landon, whose father, Brigadier Tim Landon, was an arms dealer in oil-rich Oman.

Before flying to Vegas, Harry, Landon, Inskip and model Cressida Bonas had a "wild tequilla-fuelled week on Richard Branson’s private island of Necker in the British Virgin Islands".

Landon's suitcase contained "storm-trooper costumes, a gas mask and what appeared to be a purple bong - a device that can be used for smoking drugs".

"Ampleforth- educated Mr Landon posted another picture on Facebook of one of their group, who was wearing a pair of Bermuda shorts similar to those worn in Vegas by Prince Harry, apparently passed out in the sand, captioned: ‘The perfect start.’"

The drinks were courtesy of billionaire Steve Wynn, who owns the Wynn hotel. What links the Mafia and the military? Website for this image
Prince Harry stayed at Steve Wynn's hotel in Las Vegas.
"Unsubstantiated reports... have suggested that cocaine was snorted in the suite, and that a known prostitute was among the guests."
http://www.dailymail. Steve Wynn (Stephen Weinberg) has been accused of having links to the Mob, aka the Mafia.

aangirfan: PRINCE HARRY AND THE 'MAFIA' 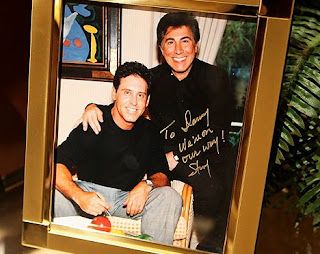 Steve Wynn with Danny Gans, who died rather suddenly. Website for this image

"Quincy Jones has been called to testify in a dispute between Girls Gone Wild creator Joe Francis and Vegas mogul Steve Wynn.

"According to court docs obtained by TMZ, Francis claims Wynn threatened to kill him and have him buried in the desert over a debt Joe owed to his casino. In 1967, Wynn was with some 'business associates of noted mobsters' on a private yacht.

A naked young woman, called Nancy, who was on board the yacht, died rather suddenly, "chopped almost in half".

Everyone on board the yacht denied having seen the incident.

In 1986 investigators discovered mobster Tony Castelbuono, a friend of Wynn, was laundering the profits of heroin trafficking at Wynn's gambling tables.

When Wynn tried to open a casino in London, the police denied him a licence.

Reportedly, Wynn once had an accident "while playing with a gun given to him by a former Mob hitman."

In November 2011, Wynn had dinner with Prince Harry.

In 2011, Wynn arranged his wedding to coincide with that of Prince William and Kate.

"A young girl ... was ringing our doorbell and insisting that she had an 'appointment' in our room.

"I reported this incident and was told that 'it's Vegas' and that there is nothing that could be done."

Costing up to £4,750-a-night, Prince harry has a three bedroom, three bathroom suite.

The ten-strong Royal party, at the MGM's Wet Republic pool at 2pm, are using a £1,000-a-day VIP bungalow, yards away from where Jenifer Lopez entertains her guests. Prince Harry's six-strong security team drive him away in their convoy of three black Cadillac Escalades.

Photo of Las vegas from: http://pdphoto.org

Van Romero, Vice President for Research at New Mexico Institute of Mining and Technology, says the collapse of the TWIN TOWERS on 11/9/01 resembled those of controlled implosions used in planned demolitions.

Who blew up the DUNES Hotel in Las Vegas?

It was a Maryland firm called Controlled Demolition Group.

Who has the contract to clear up the mess after the attack on the World Trade Centre?

Atta and Ziad, and other 'hijackers', visited Las Vegas at least six times.

According to US investigators, five of the 9 11 hijackers, including Mohammed Atta, visited Las Vegas at least six times between May and August 2001.

The San Francisco Chronicle reported that in Las Vegas, they “engaged in some decidedly un-Islamic sampling of prohibited pleasures in America’s reputed capital of moral corrosion,” including visiting strip-clubs.

Atta and friends enjoyed the charms of lap dancer Samantha (Time.com and The Chronicle).

Harry and William liked to chat with 'Mummy's friend'.

Harry's most treasured item of clothing was a military uniform which James Hewitt had had made for him.

When Uncle James was posted abroad, Diana began her relationship with James Gilbey and then with Dr Hasnat Khan.

In 2002, James Hewitt stated that he was not Prince Harry's father.

Before Harry went to Eton, Prince Charles told Harry that the rumour about Hewitt being Harry's father was not true.

Harry says that shooting Afghans is like playing computer games.

It is "a joy ... because I'm one of those people who loves playing PlayStation and Xbox, so with my thumbs I like to think that I'm probably quite useful".

A senior officer described Harry as a "spoiled, truculent teenager".