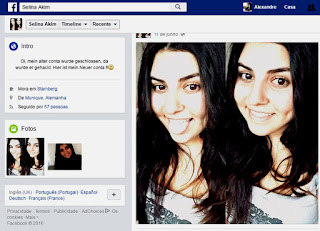 Computers get hacked by the CIA.

Munich police investigator Robert Heimberger says that it appears that David Sonboly hacked Selina Akim's Facebook account so as to send out an invitation to McDonalds.

The post reportedly read: "Come today at 4pm to Meggi (slang for McDonald's) at the OEZ (shopping mall)! I will buy you what you want, but nothing too expensive."

Reportedly, Selina Akim "shortly after reported that her account had been hacked."

Did a certain security service set up a fake account using the girl's picture?

"It is not known who, if any, of the friends fell for the trap."

One young man, Lukas Dore, reportedly posted, in the run-up to the shootings: "This here is a fake account of one Ali Sonboly. Don't get your hopes up...

"The boy is psychologically disturbed and only wants attention. Anybody who goes there will be able to confirm it's not Selina."

Was the Lukas Dore story the work of a certain security service? 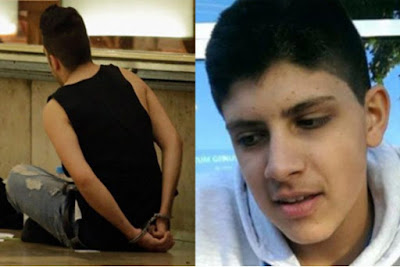 The man on the left was arrested by the police after the attack. He was then released.

The man on the left could be mistaken for David Sonboly, on the right.

"Three men were arrested close to the scene." 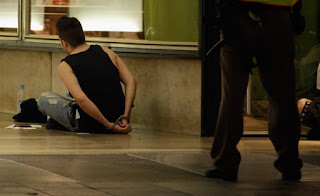 Is this the McDonald's shooter? 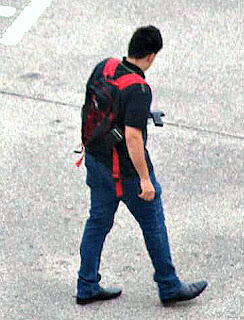 Above we see the alleged Munich shooter.

Some witnesses said that the 'shooters' were dressed in black.

The alleged Munich shooter, David Sonboly, is reportedly a Christian.

According to reports in the media, David Sonboly allegedly spent two months as an inpatient at the psychiatric unit  at the Klinikum Harlaching Hospital in Munich in 2015.

He was allegedly getting treatment for depression and for attention deficit disorder. 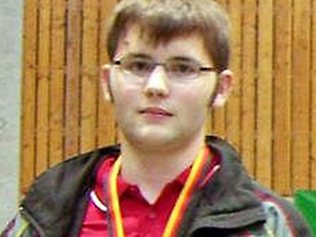 Tim Kretschmer (above) was the alleged gunman in the the Winnenden school shooting in Germany in 2009.

The press incorrectly reported that, in 2008, Kretschmer had received treatment as an in-patient at a psychiatric clinic


Police seized David Sonboly's computer from the home he shared with his parents and younger brother.

According to a report in the Süddeutsche Zeitung newspaper police found on the computer the Anders Breivik manifesto, which was reportedly written by Mossad.

Bavarian investigator Robert Heimberger says that, in 2015, David Somboly visited the site of a previous school shooting, allegedly carried out by Tim Kretschmer in the German town of Winnenden, and took photographs.

The German police eventually said that Tim Kretschmer's chat room post, which appeared six hours before the shooting, appears to be fake.

The police said a search of Kretschmer's computer showed no trace of his having made the chat room posting.

McDonalds on the left. Mall garage and mall and flats on the right.

Bavarian investigator Robert Heimberger said the McDonald's restaurant where most of the victims died was a meeting place for youths with an immigrant background.

He identified those who died as being of Hungarian, Turkish, Greek, and Kosovo Albanian background and said one was stateless.

Bavaria's top security official wants the country's military to be able to be deployed in support of police during attacks. 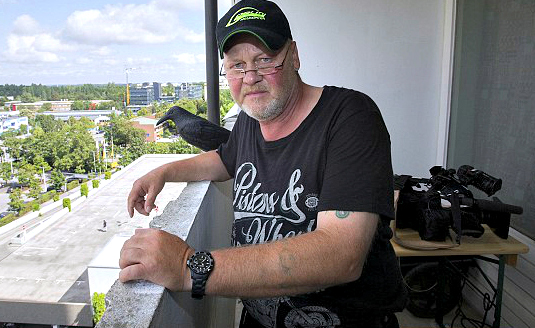 Thomas Salbey (above) is the 'Balcony Man' whose flat (above) overlooks the area where David Sonboly is alleged to have stood (left).

Allegedly, Salbey, on his balcony, had a conversation with David Sonboly, who was down below.

Allegedly, Salbey, while in his flat, heard the initial burst of gunfire at the McDonald's restaurant, which is quite some distance away.

You might wonder (1) how were Sonboly and the shooter able to hear each other? (2) why did the police, who were apparently in the area, not intervene?

While Mr Salbey and Sonboly shouted at each other "a 20-year-old neighbour, known only as Mersad, filmed the exchange on his mobile phone." 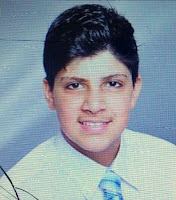 What prevented the Munich police from stopping the Munich attack of 22 July 2016?

TIMELINE of the MUNICH MASSACRE:

4.50 pm: The police are informed about the attack.

"Richard Gutjahr, who is married to former Israeli intelligence agent Einat Wilf, is in place in Munich, and takes photos during the attack.

"Gutjahr also filmed events during the attack in Nice."

7 pm: The police warn that the 'suspects' are 'still on the run'.

8.30 pm: Police discover the body of the alleged killer, down a side street. 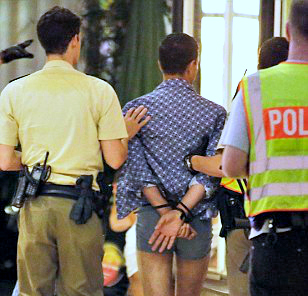 Three suspects were detained, but then released.

The media filmed the police. 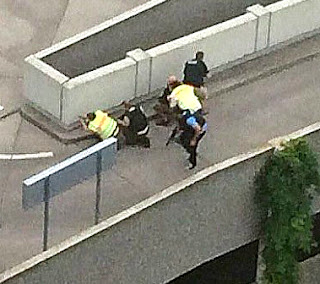 There were police watching the suspect/s 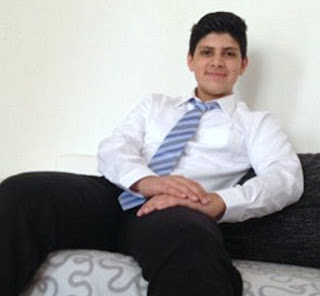 The 'patsy', David Sonboly, may have been killed before the attack began?

Various 'fake' witnesses may have been employed to blacken the patsy's name. 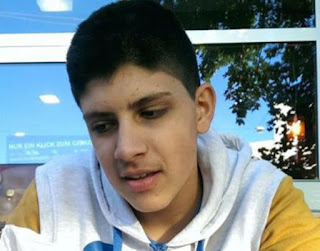 David Sonboly, the alleged Munich shooter, was a helpful teenager.

His neighbours say there were no warning signs that he might misbehave.

Delfye Dalbi, 40, a neighbour originally from Macedonia, described him as "a good person".

So, the Powers-That-Be appear to be faking evidence against him.

The evidence was faked against Anders Breivik. 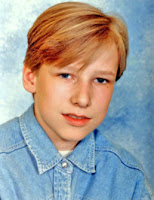 Anders Breivik liked to eat at a restaurant in Rena owned by a Kurdish Muslim. This Muslim says Breivik was 'the nicest Norwegian I have met in the 14 years since I came here'. ANDERS BREIVIK 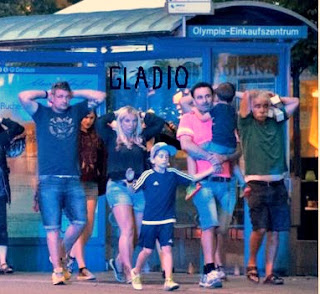 On 22 July 2016, at least ten people were apparently shot dead in a Munich shopping mall.

Witnesses said there were three different people with weapons. 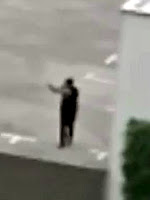 Gunman at the mall.

Police, citing witnesses, initially said they were looking for up to three suspects

A police spokesman initially said up to three gunmen were on the run after the shooting.

Two individuals were seen driving quickly away from the scene.

The Munich police chief Hubertus Andrä said the suspect used a "pistol," contradicting earlier reports of suspects on the loose with larger weapons. 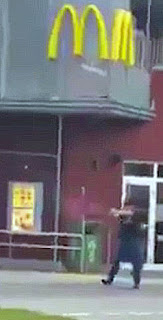 The Munich mall is next to the stadium where the Palestinian militant group Black September took 11 Israeli athletes hostage during the 1972 Olympic Games.

22 July 2016 was the fifth anniversary of the massacre in Norway.

The Norway massacre was blamed on a lone gunman, in spite of reports that a team of shooters was involved.

EVIDENCE THAT ISRAEL DID THE NORWAY ATTACK.

The Munich assault was also reminiscent of Operation-Gladio-style attacks in a shopping mall in Nairobi, Kenya, in 2013, and in parts of Mumbai, India, in 2008.

In the 1980s, gunmen 'linked to the US military and the CIA' massacred people in supermarkets in Belgium.

ATTACKS ON EUROPE; US MARINES; BRABANT. 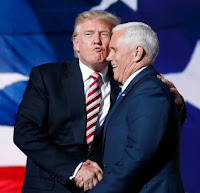 Nearly three hours after the shooting, authorities found the body of an 18-year-old German-Iranian about 1 km (0.6 miles) from the scene.

He was later declared to be the sole gunman. 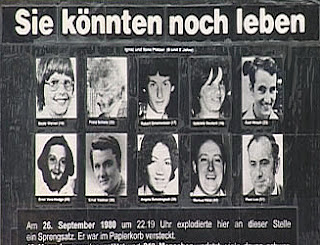 On September 26, 1980, a pipe bomb explosion at the main entrance of the Munich Oktoberfest killed thirteen people.

The attack has been linked to the CIA's Operation Gladio.