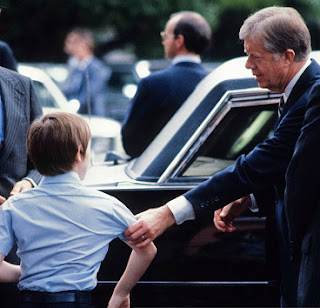 "Zbigniew Brzezinski not long ago revealed that on July 3, 1979, unknown to the American public and Congress, President Jimmy Carter secretly authorized $500 million to create an international terrorist movement that would spread Islamic fundamentalism in Central Asia and "de-stabilise" the Soviet Union...

"The CIA called this Operation Cyclone and in the following years poured $4 billion into setting up Islamic training schools in Pakistan (Taliban means "student").

"Young zealots were sent to the CIA's spy training camp in Virginia, where future members of al-Qaeda were taught 'sabotage skills' - terrorism.

"Others were recruited at an Islamic school in Brooklyn, New York, within sight of the fated Twin Towers.

"In Pakistan, they were directed by British MI6 officers and trained by the SAS.

"The result, quipped Brzezinski, was 'a few stirred up Muslims' - meaning the Taliban."