THE MADHOUSE OF LOVE; MIND CONTROL


Written at the age of 17, The Madhouse of Love is the story of a 12-year-old who is kept in a psychiatric unit for 2½ years in Scotland.

I grew up in Perth, Scotland which is not far from Bridge of Allan.

When I first read that Dr. Ewen Cameron was born there, I started to wonder whether I might have been experimented on as a child in the early '60s. 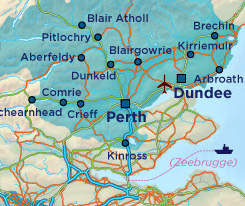 When I was about 6 years old, around 1962, I kept going into a strange trance-like state every now and again where I would see an image of a white light like a flame in the centre of a black background (of sky?).

The shape of the light or flame consisted of two diagonal lines stretching from the bottom of the image, drawing towards the centre at the top in a symmetrical shape.

I found this quite frightening and I also felt that there were some vibrations coming towards me from the Moon at the same time.

My mother would tell me that, every time I went into this trance-like state, I would shout out, "Don't make me back into a person!", suggesting that I may have been about to die and that I didn't want to be brought back into this world.

Do you know if Dr, Ewen Cameron had any colleagues in Perth at that time?

Our family doctor at that time was a Dr. Simpson of Barossa Place, Perth. Have you heard of him or do you know anything about him?

I also feel that I was victimised as I was placed in a psychiatric hospital twice at the ages of 11 and 12, when I was certain that there was nothing wrong with me but, as I was forcibly kept there, there was nothing I could do about it.

During my first period of incarceration, I know (and remember quite clearly) waking up in a state of bewilderment as if I had been unconscious or in a coma for a few days.

Later that year, I had what I would describe as some sort of ecstatic physical and spiritual experiences, which were obviously partly related to the physical changes I was going through at puberty along with a feeling of oneness with the universe and a sensitivity to imaginative music.

The second time I was placed in hospital the next year, I was told by my father that the psychiatrist there wanted to use me as a guinea-pig, although I can't verify that that was the case as my father would sometimes talk nonsense.

However, the longer I was kept in the hospital, the more I felt that I was being experimented on.

I was released shortly after my 15th birthday and left the hospital in a somewhat worse state of mind than I entered the place.

Gone were my earlier ecstatic feelings which were replaced by several years of depression.

They also split me up from a girl that I had started to form a relationship while in the hospital (which was my only consolation at the time).

My education was also disrupted and, although I had been considered a genius at Maths in the last year at primary school, I was pushed into a course in office work which was unsuited to someone with my imagination.

It seems to me that they are still doing the same thing to youngsters with "Asperger's syndrome", which to me is just a label for people they don't understand (see "The Spark" by Kristine Barnett).

At the age of 17, I wrote my own book "The Madhouse of Love" about my experiences in the hospital in my early teens, details of which can be found at http://tinyurl.com/2wkb5uy.

However, my burning question at the moment is as follows: Do you think that I could have been given LSD as a child without my knowledge?

Dunblane and the SEXUAL ABUSE OF CADETS.

The Chrichton 'mental hospital' in Scotland. One of  prince Charles's relatives reportedly lived at the Chrichton.