Above, we see Tom Cohen, in Miami, on 31 December 2015, while on holiday with Pixie Geldoff.

The picture above was taken in Tom's room at the Soho Beach House in Miami and posted by Tom's friend Jack Guinness.

In 2015, Tom Cohen was pictured cuddling with Tigerlily Geldof, 19, while holidaying in the South of France.

Singer Tom Cohen was married to Peaches Geldof, who died in mysterious circumstances in 2014. 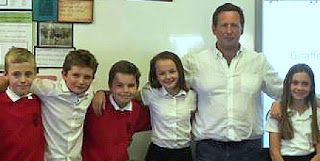 At Oxford University, in the 1980s, a student compiled a publication called 'Who's Had Who'. 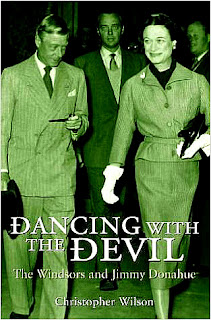 Edward, Jimmy Donahue and Wallis Simpson, who was a man, reportedly.


The UK's King Edward VIII, who was allegedly a gay Nazi, is in the news again


A new BBC2 drama documentary, Royal Wives At War, explains that Elizabeth Bowes-Lyon tried to woo Prince Edward (above) before settling for his brother Prince George.

It is claimed that Elizabeth Bowes-Lyon, the Queen Mother, never forgave Wallis Simpson for grabbing Edward, the man she had wanted.

A number of spooky historians have attacked the BBC programme.

DRUGGED AND ABUSED BY PSYCHIATRIST.
Posted by Anon at 01:47