THE ISLAMISTS WORK FOR ROTHSCHILD?

Lord Jacob Rothschild, like Rupert Murdoch and Dick Cheney, is a shareholder in Genie Energy.

Craig Murray / Western Firms Plan To Cash In On Syria's Oil And Gas .

The American firm Genie has the oil exploration rights in the Golan Heights, the part of Syria controlled by Israel.

Western oil firms have their eyes on all of Syria's vast oil wealth.

Almost every night, Israeli troops run secret missions to save the lives of Syrian terrorists.

More than 500 jihadists have been cared for at Israel's Ziv Medical Centre.

"Analysts suggest the Jewish state has in fact struck a deadly 'deal with the devil' - offering support to the Sunni militants who fight the Syrian ruler Assad..."

Some of the rescued terrorists may be members of Jabhat al-Nusra, which has massacred Christians in Syria.

One Islamist terrorist says: 'The butcher Assad is my enemy. Israel is not my enemy."

Peres says of the terrorists: 'They have destroyed churches and Christian communities in Syria.'

In June, two wounded Syrian terrorists were attacked by a Jewish lynch-mob while they were being transported to hospital by ambulance. 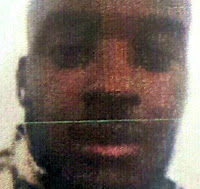 Londoner Mustafa Abdullah (above) is part Jamaican and part Indian.

He converted to Islam, perhaps on the instructions of MI5.

Mustafa Abdullah, an alleged Islamist terrorist who has been to Syria, 'was a paid MI5 helper'.

Lord Victor Rothschild was the man who had enormous influence on the organisation of MI5 and MI6.

Mustafa Abdullah has told the court where he is on trial that he was a paid MI5 informant.

Abdullah, an engineer, is on trial in london charged with 14 counts of possessing documents or records useful to a terrorist and one of having a gun for a terrorist purpose.

Abdullah says he first became involved with the British security service MI5 in 2008. The Paris police today arrested a number of persons after discovering six home-made aerial bombs with which, it is suggested, the Stern Gang intended to bomb London in reprisal for the transport of Jewish migrants to Hamburg.

Rabbi Baruch Korff, chairman of the American Political Action Committee for a Free Palestine, was also arrested near Paris today, together with two others,when about to board an aircraft...
08 Sep 1947 - JEWISH PLOT TO RAID LONDON Six Aerial Bombs.

isupporttheresistance.blogspot.com has an article entitled: Searchlight: Political Violence and Terrorism

Here is a brief extract:
In the early hours of the 12th of July, 1947, two British field security NCOs, Sergeants Paice and Martin, were held up by five armed members of Irgun and driven off to a secret hiding place.

Three weeks later their bodies were found hanging from a eucalyptus tree...
By 1948, some 200 British Soldiers and 90 British policemen had been murdered by Jewish terrorist gangs such as Irgun...

Marvin Paice and Clifford Martin, the two british sergants who were hanged in Palestine, 1947, by the Irgun.
The nationalist ‘fight’ was also extended to acts of terrorism in Britain and against British people and property in Europe.
The terrorist groups Irgun and the Stern Gang (known as Lehi in Hebrew) were active in Britain throughout the late 1940s.

It is a matter of record, for example, there were plans to crash an aircraft into the House of Commons, and to murder members of the British armed forces.
The British Embassy in Rome was bombed.

In November 1944 Lord Moyne was murdered by members of the Stern gang in Cairo and there are reliable reports of the existence of plans to assassinate Government Ministers, including the Foreign Secretary Ernest Bevan.

According to Commander Leonard Burt of Special Branch this would have “blown the sort of hole that was blown in the King David Hotel”.

It was only by good fortune that a failure of the pocket-watch timer prevented detonation.

Another Irgun terrorist operating in Britain at the time was Monty Harris.

Harris was sentenced to seven years imprisonment after being convicted of making thermite incendiary bombs on his premises at Gravel Street near Petticoat Lane.

The use to which these devices were to be put was never established.

"The Irgun Zwai Leumi was a terrorist oganization, and a particularly nasty one.

"Tzipi Livni, 47, is ... the daughter of Zionist guerrillas - terrorists in some eyes -who met in the Irgun, the underground organization that fought the British... and that blew up the British headquarters in the King David Hotel in 1946, killing 91 people.

"Her father, Eitan, was the Irgun's head of operations, and on his gravestone is the map of greater Israel, extending over both sides of the Jordan River...

"She served in the army, becoming a lieutenant, and at the age of 22 began working for the Mossad, the intelligence service, where she stayed for four years."

"Livni... in August 1947 was dispatched by Begin to organise Irgun's military activities against British targets in Europe...

They tried to bomb the British Parliament.

In 1946 the British security services issued this warning: "Members of the Stern group are now being organised and are under training.It is expected that they will be sent to the United Kingdom to assassinate important members of his majesty’s government, particularly, Mr Bevin."

In 1946 a number of bombs exploded in London and an attempt was made to drop on a bomb on the House of Commons from a hired plane.

In 1940, The Stern Gang (Lehi) proposed intervening in World War II on the side of Nazi Germany.

How Many Millionaires Live in the "Impoverished" Gaza Strip ....

Mohammed Dahlan, the former Palestinian Authority security commander of the Gaza Strip, further said last week that Hamas was the only party that was laying siege to the Gaza Strip; that it is Hamas, and not Israel or Egypt, that is strangling and punishing the people there.

The Palestinian millionaires, according to the report, have made their wealth thanks to the hundreds of underground tunnels along the border between the Gaza Strip and Egypt.

Again, makes sense once one understands that Hamas was created and supported by the Mossad and friends.
Posted by Anon at 01:32