The top 'Moslem cleric' Abu BakarBashir (above left) works for Mossad and its friends.

Abu Bakar Bashir is calling upon his fellow Indonesians to go and fight for the Mossad-led ISIS (aka ISIL) in Iraq.

Bashir is linked to 9/11, the Bali Bombings, and the bombings of churches.

Bashir would appear to be a crypto-Jew with Yemeni origins.

Indonesians of Yemeni Descent. / Yemen, the Crucible of al-Qaida, Was Once a Powerful Jewish Kingdom.


Abu Bakar Bashir is the leader of the Indonesian Mujahedeen Council, and he is linked to Jemaah Islamiyah and the Mossad-run al Qaeda. 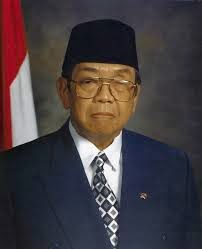 The Indonesian military and intelligence services have been infiltrated by Mossad and its friends.

In 2005, Indonesia's president Abdurrahman Wahid said of the Bali bombings:

"The orders to do this or that came from within our armed forces... There is not a single Islamic group ... that is not controlled by (Indonesian) intelligence."

Indonesia's intelligence services are said to work closely with Mossad and the CIA.

Prior to 9/11, Bashir and a number of other 'terrorists' were living in the village of Sungei Manggis, close to Kuala Lumpur, in Malaysia.

One of these 'terrorists' was Hambali, who was in charge of Southeast Asian operations for the CIA (and for the crypto-Jew Osama bin Laden).

Hambali had worked for the CIA in Afghanistan.

Also in Sungei Manggis was Fauzi Hasbi, an agent of the Indonesian security services.

Fauzi Hasbi was also the leader of the CIA-Mossad-run Jemaah Islamiyah.

Also in Sungei Manggis was Imam Samudra, a key figure in the 2002 Bali bombings.

The CIA is in possession video footage of Hambali at the meeting and has pictures of him from a computer linked to the 1995 Bojinka Plot.

Mossad and the CIA appear to control the security services of many countries, including India. The American Jew David Headley helped plan the Mumbai attacks and many other terrorist atrocities in India. America Capable Of Eliminating India's Leadership.

A US Treasury press release in 2003 stated that:

"Hambali was videotaped in a January 2000 meeting in Malaysia with two of the September 11, 2001 hijackers of AA Flight 77 - Khalid Almihdhar and Nawaf Alhazmi."

The CIA made no effort to arrest Hambali, extradite him, or even put him on a public wanted list. He continued to live in Sungai Manggis until at least late 2000. (Conboy, 2003) Bashir is linked to the Christmas Eve 2000 attacks in Indonesia - 38 bombings in 11 cities directed against churches.

Bashir's al-Qaeda affiliate Jemaah Islamiyah was blamed for the attacks.

In February 2001, the Indonesian newsweekly Tempo published a cover story suggesting the involvement in the bombings of the Indonesian military, the TNI.

The article pointed out that Edi Sugiarto, who confessed to assembling 15 of the bombs, ran a car repair shop which was frequently visited by members of Indonesia’s special forces, Kopassus.

Indonesian President Yuhoyono, trained by the US miliary, with 'Mossad agent' Mahmoud Ahmadinejad

The Jew Paul Wolfowitz was US ambassador to Indonesia (1986 to 1989). From 2001 to 2005, during the George W Bush administration, Wolfowitz served as U.S. Deputy Secretary of Defense.

In 2005, Umar Abduh, an Indonesian Islamist who worked with Hasbi, claimed that in retrospect he realized that he and other militants were completely manipulated by the Indonesian government.

Bashir is linked to the Bali Bombings.

On 12 October 2002, bombs exploded near the Sari Club and the Padi Club in the heart of Kuta, in Bali.

202 people were killed and several hundred were injured.

On 16 October 2002 Indonesian police arrested a former Air Force officer who confessed to building the bomb.

This officer was later released.

According to a news story in the Sydney Morning Herald, 2 November 2002, the Indonesian security services handled the Bali bomb.

"Some time around the 30 October 2002, senior officers in the Indonesian military HQ gave a piece of information to a military attache from a Western embassy in Indonesia - the source of explosive used in the October 12 bombing in Bali was the head of the counter-terrorism unit with the army's special forces."

The father-in-law of the officer concerned is Hendropriyono, who was then Indonesia's spy chief.

(The Sydney Morning Herald story has been removed from its website.)

Al-Faruq was arrested in Bogor on June 5, 2002 and handed over to the US authorities.

A Pentagon official confirmed that al-Faruq escaped from a U.S. detention facility.

Former Indonesian State Intelligence Coordinating Board (BAKIN) chief A.C. Manulang was quoted by Tempo as saying that Al-Faruq was most likely a CIA agent.

The airline manifest of Garuda airlines shows that at least two generals from Jakarta visited Bali three days before the bombings and that they returned to Jakarta one day before the Sari Club was blown up.

This was confirmed by armed forces chief General Sutarto, who claimed that General Djaja Suparman was on vacation, while General Ryamizard Riyacudu, chief of staff, was said to have gone to Bali for health reasons.

General Suparman is allegedly one of the generals behind certain 'Moslem' militias.

One of these militias, Pram Swarkasa, reportedly became the terrorist group Laskar Jihad.

Bomb explosions in Indonesia have have often been linked to the military.

A bomb at the Attorney General's office in Jakarta in July 2000 went off one hour after Tommy Suharto had been interrogated by the police.

The bombs were traced back to the army and a former member of Suharto's guard.

A spate of explosions in the capital Jakarta in 2000 included a huge car-bomb blast in the underground parking lot of the Jakarta Stock Exchange.

Two members of Kopassus (army special forces) were convicted and jailed for that act of terrorism.

It was reported in the Jakarta Post that convicted Bali bomber Ali Imron had been seen, in 2004, having a Starbucks coffee in a plush Jakarta shopping mall in the company of top police official Brigadier General Gorries Mere. Imron apparently also visited the Hard Rock Cafe.

Most of the top Indonesian generals have been trained in the USA.

Robert Finnegan was the editor of the Jakarta Post at the time of the first Bali Bomb.

Finnegan had produced evidence linking the Bali Bombing to the security services. Most Indonesians are very liberal, easy-going and friendly. Mossad's aim is to change that.

Abu BakarBashir recruits gullible Moslems by saying, quite accurately, that Mossad and the CIA were behind the Bali Bombings and 9 11.

Abu BakarBashir then cunningly gets his gullible Moslems to support al Qaeda and ISIS, both of which are run by Mossad and the CIA.