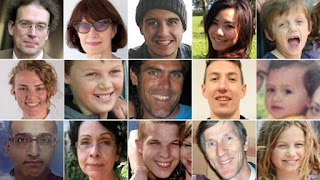 A new BBC documentary says that the CIA may have put a bomb on board the Malaysian Airlines MH17 Boeing 777 which came down over Ukraine in 2014.


According to the documentary, private investigator Sergey Sokolov got more than 100 of his agents to investigate the site and examine evidence.

He said they found no shrapnel from a Buk missile.

The official report said that MH17 was downed by a Russian-made Buk missile.

Sokolov said he was 'sold' a phone intercept between two CIA agents that suggests they masterminded the planting of two bombs on MH-17.

Sokolov claimed that the CIA, helped by the Ukrainian secret service and the Dutch security service, placed the bombs on the plane in Holland.

He said: 'This terrorist act was a pretext for firstly intensifying sanctions on Russia, secondly to show the world that Russia is a barbarian country and thirdly to strengthen the presence of Nato in Europe, particularly Ukraine.'

The BBC documentary also says that MH17 may have been downed by a Ukraine government fighter plane.

The CIA originally said that MH17 was downed by a Ukraine government fighter plane.

It was also reported that an 'ISRAELI missile downed MH17'

Below, is what we wrote in an earlier post:

'MH17 was first hit by a Ukrainian government fighter jet.' 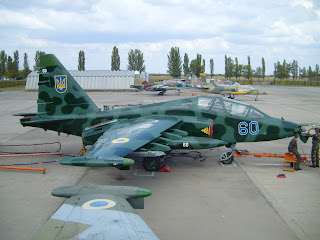 Child murdered by the US military. en.wikipedia.org.

Ihor Kolomoisky is the Kosher Nostra kingpin who reportedly downed MH17 in the Ukraine.

Kolomoisky is linked to Joe Biden and John Kerry through the oil and gas company Burisma Holdings.

Kolomoisky banks in Cyprus, a base of the Kosher Nostra.

Above we see Yekaterina Parkhomenko who claims to be a pro-Russian separatist in the Ukraine.

She states that she is posing with mascara stolen from a victim of the MH17 plane crash.

Silvija Germek points out that Yekaterina Parkhomenko comes from a very famous zionist blood line that is strongly anti-Russia.

"When The Independent visited the site where the image was taken and showed it to local people, they claimed they had seen no such missile truck and dismissed the image as a hoax.

"'All the Ukrainian media is lying,' said one man, Andrei Sushparnov. 'We have no missiles. If we did, would the Ukrainians be bombing our cities?'" Reportedly, this is the man who may have brought down MH17.

This is Ihor Kolomoisky, a Ukrainian-Israeli 'mafia boss'.

He is linked to the US Vice President, Joe Biden.

Ihor Kolomoisky, left, one of the Jews who now run Ukraine.

According to Wayne MADSEN:

Ihor Kolomoisky has his own army and it has the BUK missiles allegedly used in the downing of MH-17.

Kolomoisky has strong connections inside Kiev's Borispol International Airport, where it has been reported that Ukrainian Interior Ministry troops stormed the air traffic control tower shortly before MH-17 was shot down.

The Interior Minister is Arsen Avakov, who is a friend of Kolomoisky.

Some of the Georgians who serve in Kolomoisky's Army have reportedly been trained in the use of BUK missile systems...

Kolomoisky commands his army from Switzerland.

Kolomoisky has indirect access to the top people in the US Department of Defense, NATO, and the CIA.

Amsterdam’s Schiphol Airport is a centre for Israeli Mossad activity in Western Europe.

Israeli-owned ICTS controls the security at Schiphol for passengers and cargo.

March 2014 - Hacked email from a US spy suggesting a US false flag attack to be blamed on Russia.

Nato has been firing rockets next to the Ukraine.

On 17 July, seven NATO countries completed military exercises in the Black Sea, next to Ukraine.

On 17 July, MH17 was downed, apparently by elements of the Ukrainian government.

According to Wayne MADSEN:

NATO ships and aircraft had the Donetsk and Luhansk regions under total radar and electronic surveillance...

The U.S. Army has revealed that the exercise involved 'commercial traffic monitoring'...

It can be assumed this included monitoring MH-17...

200 U.S. Army personnel were in Ukraine during the time of the MH-17 fly-over.

They were participating in NATO exercise RAPID TRIDENT II.

Dr. Jason Kissner (above), Associate Professor of Criminology at California State University, looks at the evidence on MH17:

Malaysian Airlines MH370 and MH17. A Criminologist Questions: What are the Probabilities? Is it a Mere Coincidence?

1. With both MH370 and BH17, there is evidence that contact with the planes was lost some time before the planes suffered their catastrophies.

2. With both MH370 and BH17, the planes diverted off their official routes.

3. The MH17 crash shares an anniversary with the demise of TWA 800, which Jack Cashill has compellingly argued was brought down by a missile on July 17, 1996 and subsequently covered up by the US government.

5. There is evidence at YouTube that seems to indicate that CNN recently used footage of a helicopter downing in Syria and represented it as depicting the downing of a helicopter, by pro-Russian forces, in the Ukraine.

6. If you flip a coin twice, four possible results, in terms of heads and tails, can occur, and each has an equal likelihood of occurring (HH, HT, TH, TT).

7. Was Malaysia Airlines in particular targeted on July 17, and, if so, what ragtag rebel would have even been in a position to do that (especially given the route alteration, if true)...

Why has Israel targeted Malaysia?

CIA analysts have pointed out that U.S. satellite reconnaissance photos show that the missile that brought down Flight MH17 was fired by Ukrainian troops from a government battery, not by ethnic Russian rebels.


Above, we see a protest in London against the lies spread by the BBC.

At the time when MH17 was hit, NATO and its friends were carrying out a 'war games' exercise.

"There were a number of 'critical radar anomalies' occurring over EUROCONTROL zones in Central Europe."

The shooting down of MH17 looks like it was arranged to distract attention away from Israel's mass slaughter of innocent women and children in Gaza.

Above, we see a child murdered by the Jewish-run government of Ukraine.

The murder took place when the Ukrainian military recently recaptured Slavyansk from the separatists. 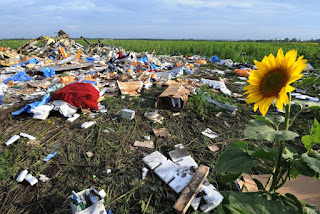 A Ukrainian government Buk battery radar was operational when the Malaysian plane was downed.


The Russian Defense Ministry has said that neither the Buk missile defense system, nor any other military equipment, has crossed the Russian border into Ukraine.

Such border crossings “can’t be performed in secrecy,” the official representative for the Russian Defense Ministry told journalists in Moscow.


The videos containing these alleged conversation by 'the Ukranian rebels' were all made well before the plane was shot down.

Above are "tweets by a Spanish Air traffic controller at Kiev Airport."

The Spanish air controller suggests that the order to down MH17 came from the Ukranian Ministry of the Interior.

The Spanish air controller also said that the MH17 flight was escorted by Ukrainian fighter jets minutes before it was downed.


The presence of the Ukraine fighter jets reported by the Spanish air traffic controller was confirmed by eyewitness reports in the Donetsk region:

Kiev Authorities, trying to make it look like an attack by pro-Russians.

[Miitary] has taken control of Air Traffic Control in Kiev.

They are threatening us in the control tower at Kiev airport.

The B777 plane flew escorted by Ukraine jet fighter until 2 minutes before disappearing from the radar.

Shot down by Kiev. Here we know it and military air traffic control also.

Military confirm It was Ukraine, but still does not know where the order came from.

The report indicates where the missile had come out [from], and specified it is not from the rebel areas.

Malaysia Airlines flight MH17 was escorted by two Ukrainian fighter jets until 3 minutes before it disappeared from radar.

Radar records were immediately confiscated after MH17 had been shot down.

Some Ukranian military chatter said they did not know where the order to shoot down the plane originated from.


Ukrainian millitary escorted B777 until 3 minutes before ... / 2 Ukrainian Fighter Jets Escorted MH17 before it was Shot Down

On 16 July 2014, the Ukrainian military deployed a battery of Buk anti-aircraft missile systems near Donetsk, where the Malaysian plane came down.

Putin May Have Been the Target of the Plane Shot Down.

While the media is concentrating on the Malaysian airline, Israel starts its Gaza ground offensive.

The Ukraine is currently ruled by Jewish Ukranians, in alliance with Nazi Ukrainians.

Kids killed by the Israelis in July 2014.

The KIDNAPPING OF THE ISRAELI TEENS was fake.

The videos containing these alleged conversation by 'the Ukranian rebels' were all made well before the plane was shot down.

Below is a screenshot from a piece of forensic software showing the creation date for each video uploaded to the SSU youtube account..

Nationalities of those on MH 17

No Americans Or Israelis On Doomed Flt.17, 9M-MRC

0 Americans (or possibly one)

Top AIDS researchers have been killed in the Malaysia Airlines crash in Ukraine.

The researchers had been heading to Australia for a conference.

"A number of colleagues and friends en route to attend the 20th International AIDS Conference taking place in Melbourne, Australia, were on board the Malaysia Airlines MH17 flight that has crashed over Ukraine," Michael Kessler of the International AIDS Society (IAS) said in a statement.

The US military also tortures and kills innocent kids.