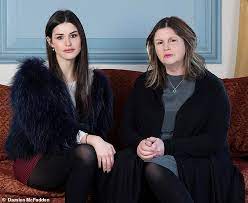 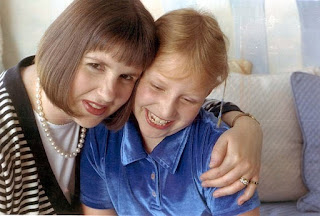 'As her favourite song played for Antonia's birthday, extraordinarily, Georgie manifested herself to Antonia in physical form.
'Antonia remembers seeing her sister, a palpable presence, on the sofa beside her. But now she was restored to radiant good health. Her strawberry-blonde hair was lustrous, her face glowed. She wished Antonia a happy birthday and told her she was proud of her.' 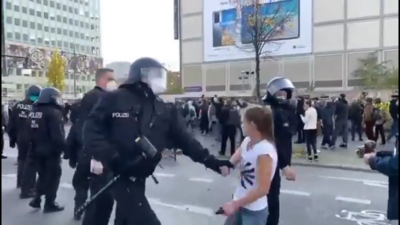 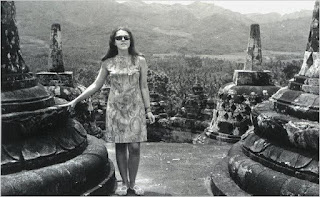 Obama's mother.
Mishko commented -
This comment relates to Jakarta Kid 20-25 Here goes:
I am of mixed origins, my grandmother was born in Indonesia. She raised 3 daughters, did not teach them Indonesian or Malaysian.
So at one point one of my 2 aunts saught a connection with culture, heritage. She took up Balinese (temple-) dancing. A trait of my aunts character is she is very focused & serious in everything she undertakes. So not just a hobby or pastime.
Anyhoo, at one point she started to see the future in her dreams. This got to a point that it so burdened and unsettled her she quit Balinese dancing and life resumed as before. /truestorybro 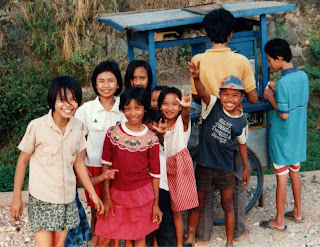 There are people with gifts, talents, natural abilities, with occult power granted through lineage, difficult to master symbolic systems or dedicated ritual work and fasting etc.
This is so. Now then: a close friend of my mother was this middle aged woman from Indonesia. Large family, gatherings on birthdays/holidays with good food, drinks, music, the works. Open door, OMG the hospitality.
Now there was this character, kinda peculiar, with a reputation. A bad reputation. The lady of the household promised his mother on her deathbed (she made her promise) that she would not shut out her son. From what I have been told: he was this very hard working guy, very proud and egotistical. Overly sensitive with a mean streak.
His thing: when he felt slighted or aggravated/insulted by anyone calling him out on his pretentions and bullsh*t, he went to his mom's grave to pray for her to interceed on his behalf and work towards the other party's misfortune. An evil and mean person, no ifs or buts. /truestorybro 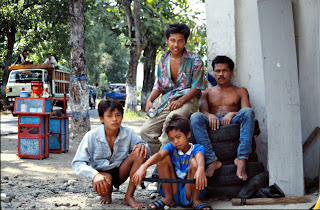 The aunt from the 1st comment got married to a man from Surinam. To be precise he was a Javanese Surinam man. Let me get to it: at one point, his father, or rather the pater familias, asked him to enter into his footsteps. As to what that meant: to start leading a life of strict discipline with fasting, praying, certain rituals at certain times. Of which the outcome is that he forms a boundary of support and protection around his family and community so that chaos and evil moves on instead of wreaking its havoc.
Well, the son declined. Wanted to do his own thing with the modern lifestyle and the 2 cheap flights a year and so on. That was then.
The situation now: divorced, not doing well, not doing well at all. My take: if and when at a certain station in life you receive a calling of this nature: you better get with it, or else. Yes, the question may be asked in a very polite manner, and still better reconsider and think again before saying no thank you. /truestorybro
...
The Hill

'I talk to dead people as my day job'

When Emma was aged 5, her grandad was in hospital. Emma was tucked up in bed when she saw her grandad standing next to her.

"You need to let your mum know I’m OK now," he said warmly. She stood at the top of the stairs and caught her mum coming in from the hospital and told her the good news.

Her mum explained that he had died an hour earlier.
Emma kept seeing mysterious figures appear in front of her..

Her mum married a psychic medium.
"He knew I had the same gift as him and helped me open up to it."

"I went to see a lady for a reading at her house, and I told her I was seeing a baby in May.
"This was April, and the woman burst into tears. She explained that just that morning she’d been to a specialist who said she wouldn’t be able to conceive. I’m not a doctor, but the spirit world had given me the information and I had to pass it on. Four weeks later I received a text from the lady saying she was pregnant. She said it was a miracle."
Emma was able to comfort a mother who had just lost her young son.

"I received a message from a woman ... A young lad appeared before me, clear as day...  I called the woman and spoke to her.

"I told her how he’d passed, which was correct. Ben asked me to tell his mum about the yellow flowers at the funeral. She said she was sitting next to them.

"I explained a football connection and passed on a message of, ‘Tell Dad to stop wearing my socks!’ which I later discovered was because Ben’s dad and brother had borrowed his socks to go to the football. ."
...
Posted by Anon at 03:32