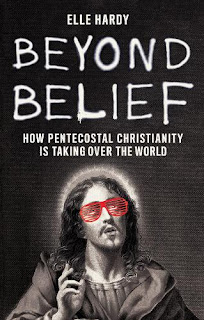 'Beyond Belief: How Pentecostal Christianity Is Taking Over the World' by Elle Hardy

Pentecostal Christianity has been linked to 'healing', 'speaking in tongues', 'music that pulls on the heart strings', 'murders', and, the CIA.

HILLSONG CHURCH; SEX AND CIA CULTS
(Justin Bieber wears ANTI CHRIST t-shirt to Hillsong Church . Justin Bieber's spiritual guide is Joel Houston)
'The Pentecostal movement is wealthy and tech-savvy.
'It was founded at the turn of the twentieth century by the son of freed slaves.
'It is the fastest-growing religion on Earth? It has has 600 million followers; by 2050, they'll be one in ten people worldwide.
'It serves impoverished people in Africa and Latin America, and is used by leaders from Trump to Bolsonaro.
'It aims at controlling politics.' Charles Parham
'Charles F. Parham (1873 – 1929) (together with William J. Seymour), was the central figure in the development and early spread of American Pentecostalism.

'A blow to his influence in the young Pentecostal movement were allegations of sexual misconduct in fall 1906.

'This was followed by his arrest in 1907 in San Antonio, Texas on a charge of "the commission of an unnatural offense," along with a 22-year-old co-defendant, J.J. Jourdan.

'Parham repeatedly denied being a practicing homosexual, but coverage was picked up by the press.[22]

'Finally, the District Attorney decided to drop the case.

'Parham and his supporters insisted that the charges had been false.

'In addition there were allegations of financial irregularity and of doctrinal aberrations.[27]

'In the aftermath of these events his large support base in Zion descended into a Salem-like frenzy of insanity, eventually killing three of their members in brutal exorcisms.'
...
Pentecostalist Flordelis dos Santos de Souza is a Brazilian pastor.

In 1999, they co-founded the church Comunidade Evangélica Ministério Flordelis. 'Buried alive, poisoned, scarred by acid, beaten, sexually abused, kicked, etc as a Nigerian child 😨'All this by a "church" pastor who wants to make money out of exorcism 😈'This is part of the occult Mind Control programs.
Thread by @RogowskiBubba: "CIA-mind ...
threadreaderapp.com 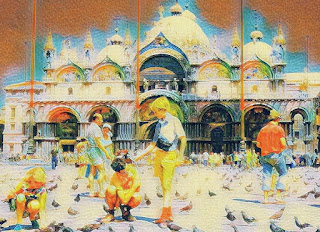 'An emphasis on the Holy Spirit is a hallmark of Pentecostalism.
'After accepting Jesus as Lord and Saviour, believers are filled with the Holy Spirit. This often involves speaking in tongues.
'Pentecostalism is probably the fastest growing religion on earth. With 600 million followers worldwide, and counting, it’s estimated that by 2050, one in 10 — or one billion people — will be Pentecostal.
'In 1980, 6% of Christians were Pentecostal; now, over a quarter of the world’s 2 billion are part of the faith.

'From its earliest days, Pentecostalism has been the faith of the downtrodden — it's taking hold among many peoples in Asia, Latin America, and Africa.

'In 1950, in the Normandy region, a poor Gypsy woman named Madame Duvil-Reinhart turned to a Pentecostal church for help: one of her sons was dying from an acute illness. The doctors had told her to give up on him and focus on her other children.
'The church didn’t, though, and prayed for the boy until he miraculously healed. The entire family converted on the spot.'