'FLOODS CAUSED BY THE MILITARY'

Popeye / Motorpool / Intermediary-Compatriot was a military cloud-seeding project carried out by the U.S. Air Force during the Vietnam War in 1967–1972.
The highly classified program attempted to extend the monsoon season over specific areas of the Ho Chi Minh Trail, in order to disrupt North Vietnamese military supplies by softening road surfaces and causing landslides.
The chemical weather modification program was conducted from Thailand over Cambodia, Laos, and Vietnam and allegedly sponsored by Secretary of State Henry Kissinger and the CIA without the authorization of then Secretary of Defense Melvin Laird who had categorically denied to Congress that a program for modification of the weather for use as a tactical weapon even existed.
https://en.wikipedia.org/wiki/Operation_Popeye
...
Unprecedented floods worldwide: 'Washing away the enemies of Israel...'

'Germany was the hardest hit by the flooding in Europe.
'Two dams in northern China collapsed.

'Rabbi ben Artzi wrote. “The coronavirus was brought to teach the Jews to love each other freely in order to bring the Third Temple.”'
Belgium.
Flooding hits London leaving Tube stations and streets underwater as flooded hospitals declare a critical incident after torrential thunderstorms, lightning and hailstones sweep across the south of England AGAIN
...
China 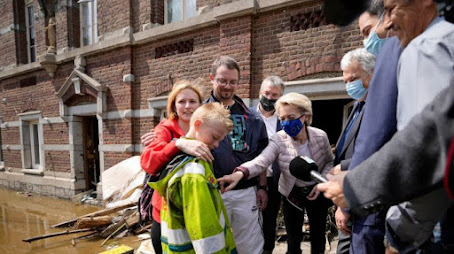 'The Sunday Times explains how a satellite in orbit detected the first signs of danger days before the German floods unfolded.

'Climate scientists warned the German government that a significant weather event would dump torrential rains and would trigger "extreme" flooding.

'Climate scientists gave the German government an advanced warning on July 10 before the floods hit on July 13/14.' 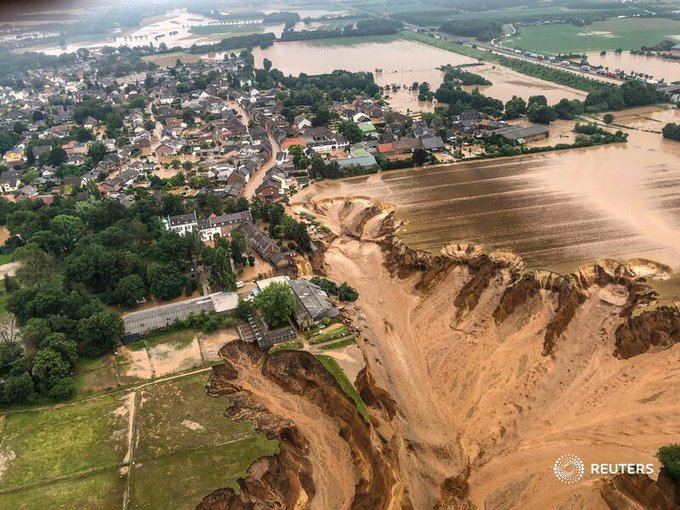 'More than 1,000 people are missing in flood-stricken regions of western Germany and Belgium, where waters were still rising with the death toll already well over 100 and communications in some areas cut.'
...
Lynmouth Flood Disaster: RAF rainmaking
In the UK - The Lynmouth Flood Disaster: Royal Air Force rainmaking experiment blamed for Devon's worst ever flood disaster

There is 'compelling evidence that scientists were carrying out cloud seeding experiments.'

Operation Cumulus was the name of the experiment being carried out by the RAF and an international team of scientists in August 1952.

On August 15 1952, the cloud seeding experiments came to a sudden end, official documents have confirmed.

It was also the same day that Devon experienced the biggest floods the region has seen in more than 300 years.

Classified government files suggest that a team of international scientists working with the RAF was experimenting with artificial rainmaking in the same week.
The documents suggest that Operation Cumulus was going on between August 4 and August 15 1952 - it was stopped abruptly on the day of the Lynmouth disaster.

RAF navigator Group Captain John Hart remembers the early experiments, The Guardian reported : "We flew straight through the top of the cloud, poured dry ice down into the cloud. We flew down to see if any rain came out of the cloud. And it did about 30 minutes later, and we all cheered." 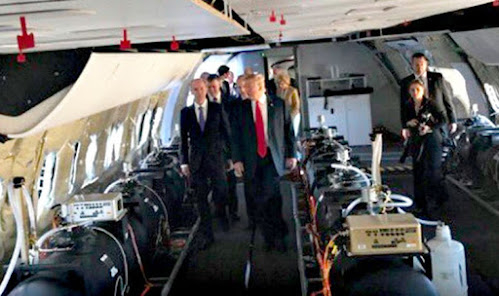 The UK's meteorological office had previously denied there were any rainmaking experiments conducted before 1955.
But unearthed documents at the public record office show that they were going on from 1949 to 1955.
RAF logbooks and personnel corroborate the evidence.

The scientists were based at Cranfield school of aeronautics and worked with the RAF and the MoD's meteorological research team at Farnborough. The chemicals were provided by ICI in Billingham.

Silver iodide can cause a downpour.

Silver residue has been discovered in the catchment waters of the river Lyn. 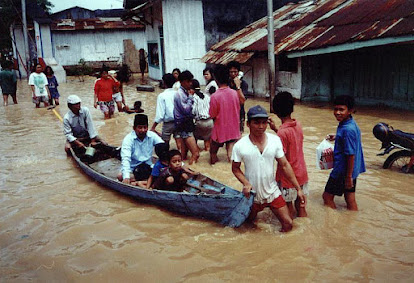 Jakarta floods: Cloud seeding used
bbc.com
'According to Reuters news agency, two planes have been sent up to shoot salt flares into the clouds, with the aim of making them break.

"All clouds moving towards the Greater Jakarta area, which are estimated to lead to precipitation there, will be shot with NaCl (sodium chloride) material," Indonesia's technology agency BPPT explained in a statement.' 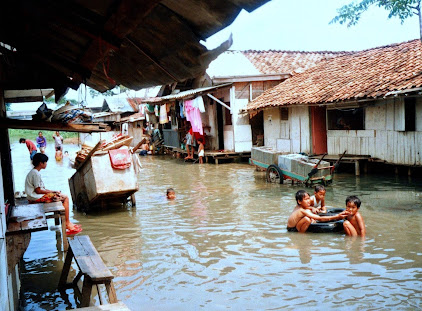 Above is a link to Defence Technical Information Center.
Owning The Weather By 2025: A Force Multiplier.
A USAF document from 1996.
..
Posted by Anon at 04:50