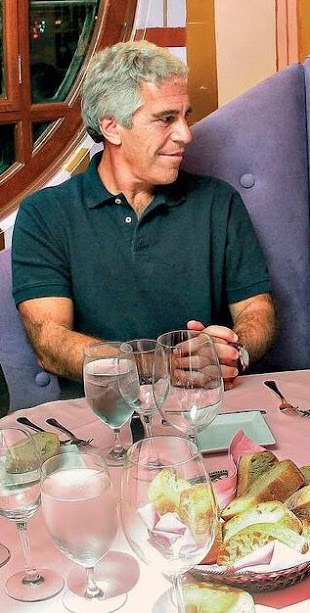 I meet Jeffrey Epstein for lunch.

We are having borscht with beetroot and seasonal vegetable, and, young lamb with sweet carrots and potatoes.

I ask Jeffrey about the changes taking place in the world.

"We are seeing the end of the petrol car, some of the aircraft industry, and the oil and gas industry," says Geoffrey. 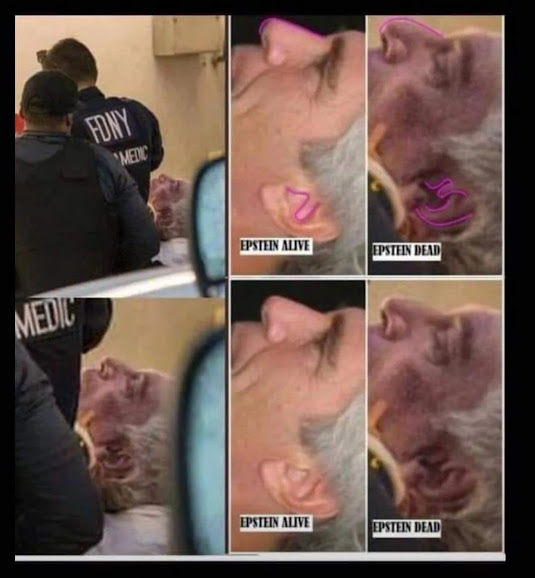 I see him enjoying his soup. 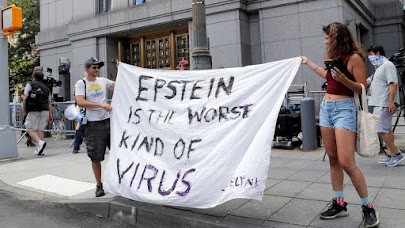 I ask Jeffrey about Trump and Biden.

"They will both have to allow the Green revolution to continue.
"In the second quarter of 2020 - meaning April, May and June - Trmp's economy contracted by over 30%." 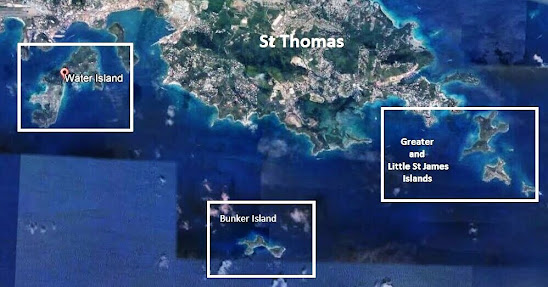 In 2005, James Biden purchased an acre of land on Water Island.
Jeffrey tucks into his lamb. 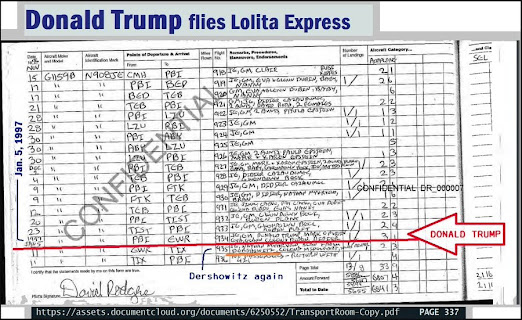 Jeffrey tells me that it is important to control the key people worldwide.
He refers to army generals, spies, TV channels, presidents, prime ministers, scientists, judges and police chiefs.
It is soon time for coffee.
~~~ 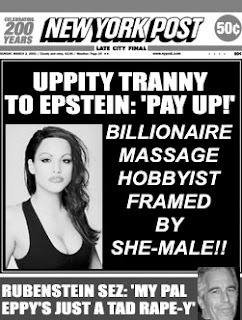 "Apparently Maximilia "Ava" Cordero, formerly Maximillian, who has claimed that Jeffrey Epstein had sex with her when she was (by New York law) underage but after she became a woman, has had her lawyer-lover amend her complaint!
"Epstein suddenly went into the bathroom and came out several minutes later wearing red lipstick and wearing a matted red wig. He said to plaintiff  'Call me Janice'."
jeffrey-epstein — Gawker
Posted by Anon at 01:58