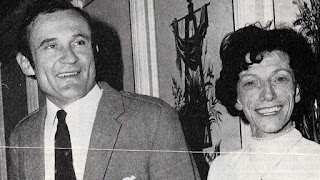 The death has been announced of my near neighbour, Randolph Keith Reginald Stewart, the 13th Earl of Galloway, Lord of Garlies, and Baronet of Corsewell and Burray. 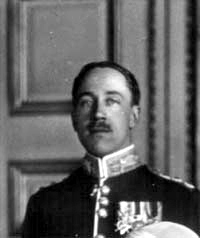 The 1st Earl of Galloway was a 'favourite' of the gay King James VI (James I of England).

He was at one time the Grand Master of the Grand Lodge of Scotland. 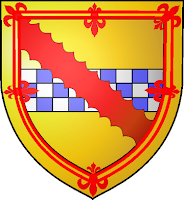 The recently deceased Randolph Keith Reginald Stewart was the 13th Earl of Galloway, Lord of Garlies, and Baronet of Corsewell and Burray.

Randolph was shy but friendly.

"As a child he was subjected to insulin coma therapy.

"It is possible that had he been born today his behaviour would have been recognised as autistic.

"In 1952, at the age of twenty-three, his parents had him lobotomised.

"After this surgery, he spent the next 15 years in the Crichton mental hospital in Dumfries.

"In 1970 his parents placed him in the Monastery of the Transfiguration, in Roslin, Midlothian.[1]

"He was written him out of his father's will."

Allegedly, the Chrichton mental hospital has at times been home to numerous royals and nobles.

Galloway House, the family seat of the Earls of Galloway from the 1740s until 1908

"The House of Stewart not only provided all of Scotland's monarchs from 1371 to 1603, and of the United Crowns of Scotland and England from 1603 to 1714, but held through time, 13 Dukedoms and 17 Earldoms in Great Britain.

"Although the Royal Stewart tartan is worn by HRH Queen Elizabeth II, the Chief of the Stewarts was Randolph Stewart, 13th Earl of Galloway."