I was a student at The Catholic University of America in Washington DC when coerced and abducted by Deborah Palfrey/ The DC Madam who trafficked me to Jeffery Epstein and Andrew Windsor. I was trafficked to MANY including Joe Biden, John McCain and others in the White House today

S.Y. was forced into prostitution.

S.Y.'s lawsuit, in state court in Florida, is one of dozens filed across the country, accusing some hotel brands of ignoring sex trafficking at their properties.

"In most, either the women or their traffickers paid for rooms in cash, sometimes for weeks at a time. Many women were minors." 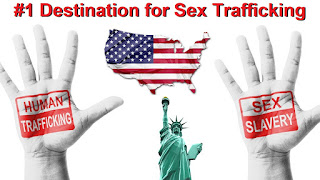 "The suits argue staff should have recognized signs of trafficking: bottles of lubricant, boxes of condoms and excessive requests for sheets and towels.

"Staffers saw men come to the same rooms, often more than a dozen each night, without luggage.

"Some accusers alleged they screamed for help or were beaten while doors were open."

"One accuser, H.H., says a hotel staffer found her chained in the bathroom in one Columbus, Ohio, hotel, and tied to a bed in a room in another, according to court documents.

"In Houston, one Jane Doe says she spent so much time at a hotel that she was befriended by its staff, who, seeing she was visibly malnourished, gave her snacks and small gifts, her lawsuit says."