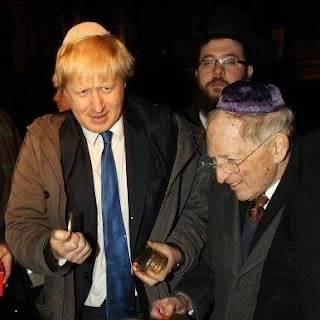 
Greville Janner is linked to the top people.

Greville Janner's family are trying to defend his reputaion. 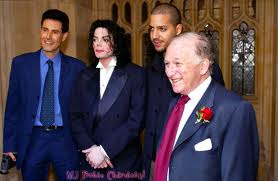 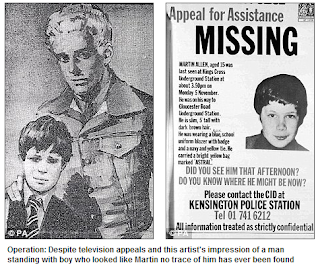 DAVID STEEL - So what power did Cyril Smith wield over David Steel? Do earlier publications linking Steel to Ian Campbell Dunn, a founder member of PIE, or Steel's criticism of Geoffrey Dickens for bringing the paedophile Peter Hayman into disrepute shed light on the issue? 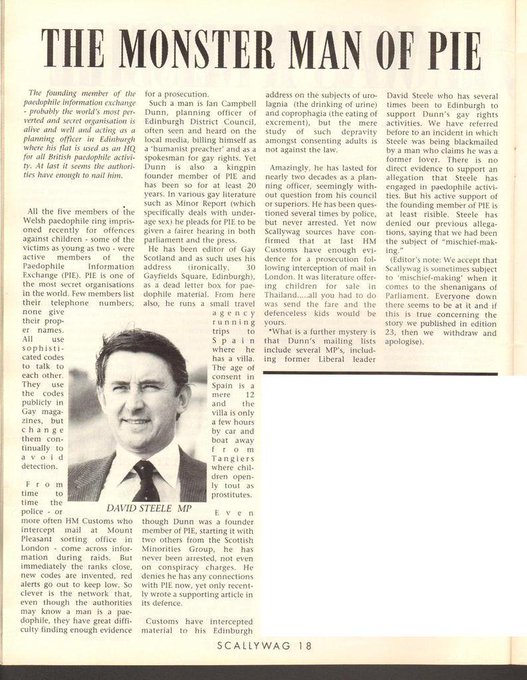 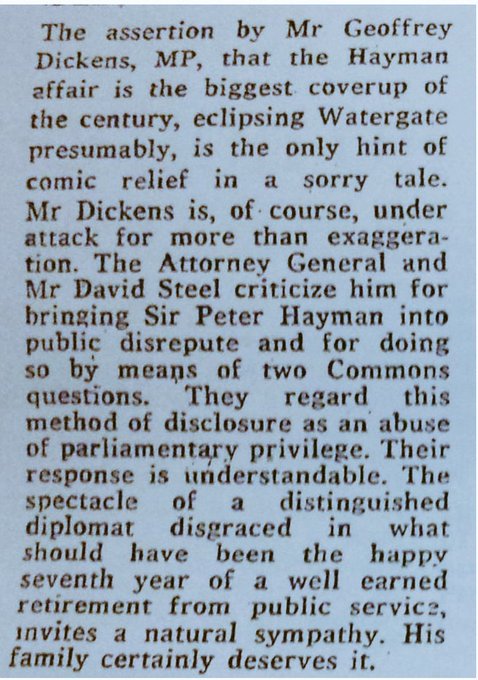 Scallywag reported in 1994 that David Steel was living in a flat in the Dolphin Square complex in Pimlico at the time a paedophile network was operating there.

Derek Laud, an alleged child abuser, was a "frequent" visitor to David Steel's flat in or about 1994, according to Scallywag.

Throughout Steel's career at Westminster he was a "weekend husband" in his wife's words. Similarly, the Sunday Times described Steel as "largely an absentee father and husband,
returning home usually for only one or two nights at the weekend".

Scallywag did not directly accuse Steel of participating in child sexual abuse, but a source quoted by Scallywag strongly implied that Mr Steel had sexual relations with male minors under the age of consent who came, or were supplied, to his Dolphin Square flat (the source refers to "young boys" and "underage boys").

David Steel sometimes shared his Dolphin Square flat with his adopted son William Steel ("Billy") - a theatre student at the time, and more recently a movie director living in Highgate, near Hampstead.

William, unlike his siblings who apparently were not adopted, has rarely been spoken of by Lord Steel in press interviews, and a contributor to The Tap Blog says she knows that the young Billy was sexually abused by his father. Whether this is true, I don’t know.

LORD STEEL WITH ANOTHER LIBERAL DEMOCRAT: THE BBC 1970s-1980s CHILDREN'S STAR FLOELLA BENJAMIN, WHO HAS ALSO BEEN PHOTOGRAPHED WITH GHISLAINE MAXWELL: