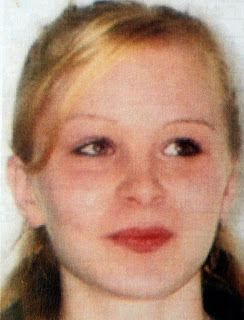 Who runs the child abuse rings?

For a time, Victoria Agoglia (also known as Victoria Byrne) lived in a children's care home in Rochdale, in the UK.

-  "Social workers knew that 15-year-old Victoria Agoglia was being forcibly injected with heroin, but failed to act.

-  "Abusers were allowed to freely pick up and have sex with Victoria and other children from city care homes, ‘in plain sight’ of officials.

-  "Greater Manchester Police dropped an operation that identified up to 97 potential suspects and at least 57 potential victims.

"Eight of the men went on to later assault or rape girls.

-  "As recently as August 2018, the Chief Constable refused to reopen the dropped operation."

A paedophile grooming gang was left to roam the streets of ...

Sir Cyril Smith, the former Member of Parliament for Rochdale, has been linked to child abuse gangs and, reportedly, he was protected by the police and the security services. 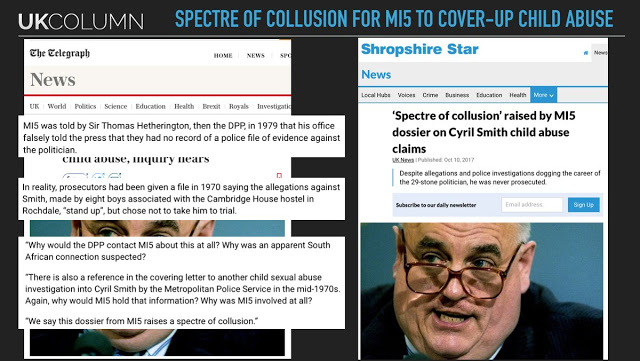 In 1979, Rochdale Alternative Press obtained evidence that, during the 1960's, Cyril Smith "was using his position to get teenage boys to undress in front of him in order that he could get them to bend over his knee while he spanked their bare bottoms or let him hold their testicles in a 'medical inspection’.

The police decided not to prosecute Cyril Smith.

Reportedly, Cyril's first went to MP Jack McCann to use his masonic contacts to get certain charges dropped or reduced.

Reportedly, Cyril then met the chief Constable and provided him with details of what had been going on.

Reportedly, the boys who had been abused, by several people, were from the notorious Barnardos homes, the 'Cambridge Boys hostel' in Rochdale, and a care home in Leeds.

Leeds was home to Jimmy Savile.

Reportedly the local police files on child sex abuse listed a number of famous people who were all linked to Jimmy Savile.

Cyril held various posts in his church, including Sunday School Superintendent, and chairman of the Board of Trustees. 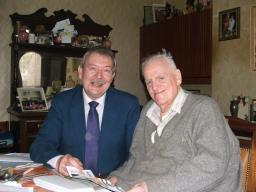 Lancashire Police investigated claims about Smith's activities 3 years before he became an MP...

"... he took me into the quiet Room. He told me to take my trousers down and bend over his knee..."

At the end of the Lancashire Police review, a file was drawn up for submission to the Director of Public Prosecutions (DPP).

But the DPP said: 'The DPP cannot trace such a case being referred to us... cannot confirm or deny receiving it'

The review into Smith's conduct and the 'File' were common knowledge amongst many local politicians and Police.

The file did exist and was handled by Special Branch when prospects of a Conservative / Liberal pact were being considered."

In 1990 there was a huge child abuse case in Rochdale.

A boy, aged 4 at the time, described being present at ritual sacrifices of infants and seeing cult members robbing graves in a local cemetery.

Around twenty children were removed from their homes by social services who alleged the existence of Satanic Ritual Abuse. 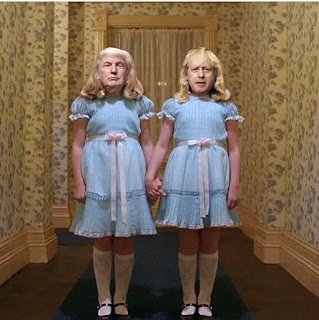 Donald Trump threatened the UK with a 25 per cent tariff on its cars unless the British government officially accused Iran of breaking the 2015 nuclear deal, it has been reported.

Trump threatened UK with 25% car tariffs unless it agreed to ...


Boris Johnson appointed a key figure to the Grenfell Tower inquiry who has links to the company which made the cladding blamed for the many deaths.